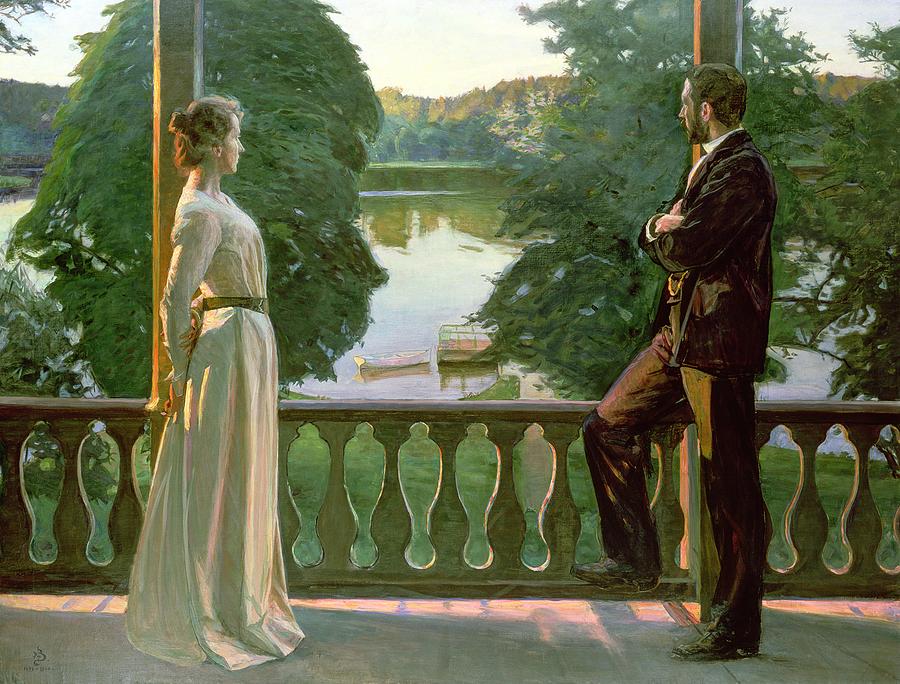 You probably know Norwegian master Edvard Munch’s The Scream and a number of his other works, but have you heard of other Scandinavian artists Richard Bergh, Peder Severin Kroyer or Akseli Gallen-Kallela?  Bergh (1858-1919), a contemporary of Munch, traveled to the island of Lidingo off the coast of his native Sweden, where he created the magical Nordic Summer Evening around the end of the nineteenth century. Earlier in his career, Bergh had studied in Paris and been influenced by the artistic movements of Realism and Impressionism. However in this painting, he has returned to his northern roots and the transforming power of the “midnight sun.”

Coming Tuesday: Interlude by the Sea

Scroll down for the next blog.