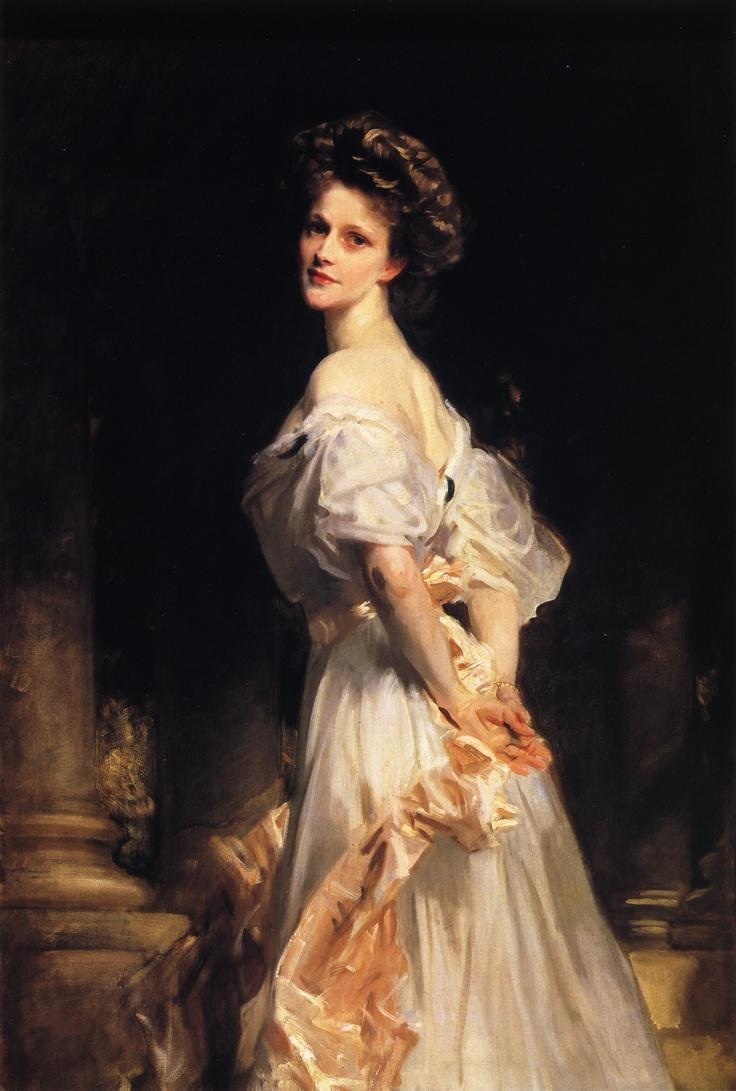 Lord Grantham of Downton Abbey has little tolerance for women’s suffrage, behaving with disdain when his middle daughter Edith expresses her interest in the issue during an episode of the third series. So how would he have reacted to the first female Member of Parliament, expatriate American Nancy Astor?  Would she have charmed him as she did the artist John Singer Sargent—who executed the commission above in 1909, a few years after essentially ending his practice of painting the wealthy and titled elite.

The Viscountess Astor, originally from Danville, Virginia, turns toward us with a youthful grace, as if she has just swept in from a waltz. Yet, Nancy Langhorne Shaw Astor was already 30, the mother of  three children (out of a eventual total of six) and the mistress of the palatial Cliveden where she resided with her second husband, the Viscount.  Within a decade, she would be elected to the House of Commons, serving not without controversy, from 1919 to 1945.

If you would like to learn more about Nancy Astor (1879-1964), try amazon.com for a selection of biographies.