By Joan Hart on November 1, 2012 in Art Happenings

Click on the works of art to ENLARGE them.

If Norman Rockwell had lived in the time of royalty, he might have been considered the country’s court painter.  For few American artists have been given such regular access to the chief occupant of the White House, starting with Franklin D. Roosevelt and ending with Richard Nixon.

Rockwell did have a few predecessors who rivaled him in the production of presidential portraits.  Gilbert Stuart, for instance, painted the first five presidents including his popular portrayals of George Washington.   But did you ever hear of George P. A. Healy (1813-1894)?  He actually was the official portraitist for 7 presidents, culminating with his moving rendition of Abraham Lincoln now hanging prominently in the State Dining Room.

So let’s take a mini-tour of the Executive Mansion and view Healy’s interpretations of the sixth, eighth, tenth, thirteenth, and sixteenth presidents. 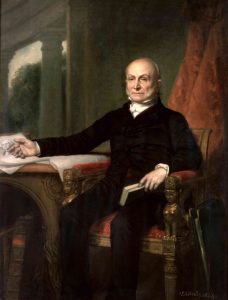 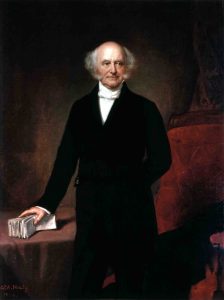 Secretary of State, Vice-President (under Andrew Jackson), President, known as the “Little Magician” 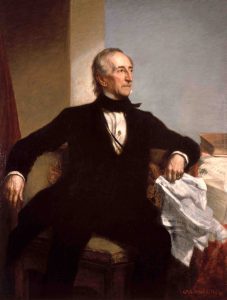 Presided over the Civil War, first President to be assassinated

And take a break from politics with Through an Artist’s Eyes: Learning to Live Creatively.