Here’s another blog in honor of Berthe Morisot’s birthday on January 14.

Manet’s portraits of Morisot are about how she looked, not just in the sense of her appearance but also in the sense of how she gazes at him.  She is not merely the object of his vision but a respondent to his art…

Their relationship as a painter and model is less one of control than of exchange.*

The relationship between French Impressionists Berthe Morisot and Edouard Manet (although he never officially belonged to the group that also included Monet, Renoir, and Degas) continues to fascinate both art historians and the public.  At the time that they met in the late 1860s, Manet was already a major force in the Parisian art world while Morisot was just emerging as a painter. He became her artistic mentor and guide primarily over the next couple years, from about 1868 to 1874. During this period, Manet created 11 portraits of Morisot; The Balcony, Repose, and Berthe Morisot with a Black Hat and Violets are numbered among Manet’s most notable paintings.

The other depictions of Morisot, though, are not as well known, providing us with a mini-gallery of a variety of (and sometimes unusual) views of her whether in winter attire, showing off a pink shoe, hiding behind a fan, and even dressed in mourning after her father’s death. They were most likely meant mainly for the eyes of the two artists since Manet kept five for himself  and gave Morisot another pair. Today many of them can be found in major art museums such as the Musee D’Orsay and the Art Institute of Chicago, while the remainder are part of private collections. I have attempted to display the portraits below in chronological order but some dates are not exact.

Do they provide some clues and, perhaps, even answers to the Morisot-Manet connection? For instance, were they more than friends and colleagues?  Did Morisot love Manet and vice versa?  Or was it a one-sided romance?  Manet was already married to Suzanne Lenhoff, a Dutch woman. Morisot would wed Manet’s brother Eugene in 1874, an event that might have led to the end of their modeling sessions. 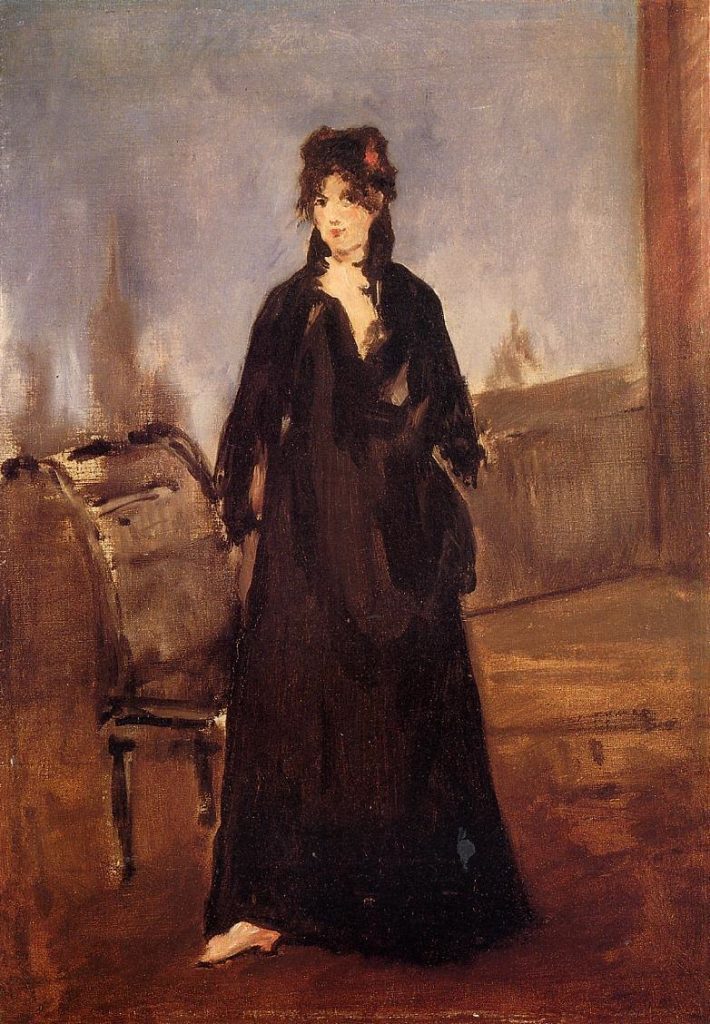 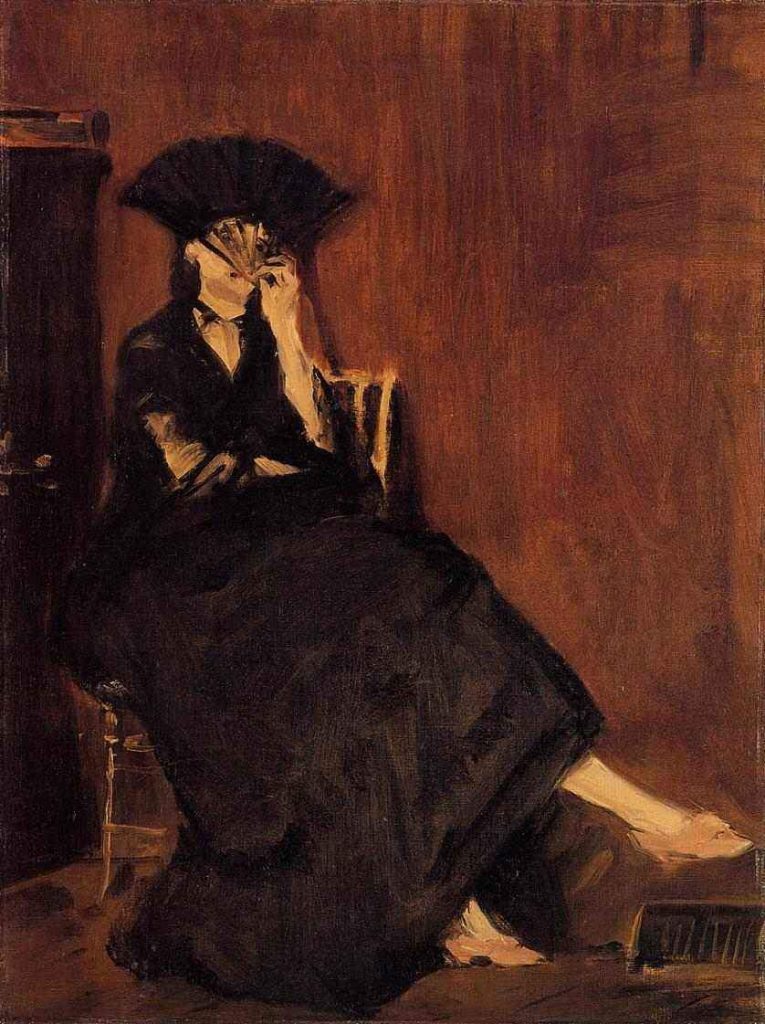 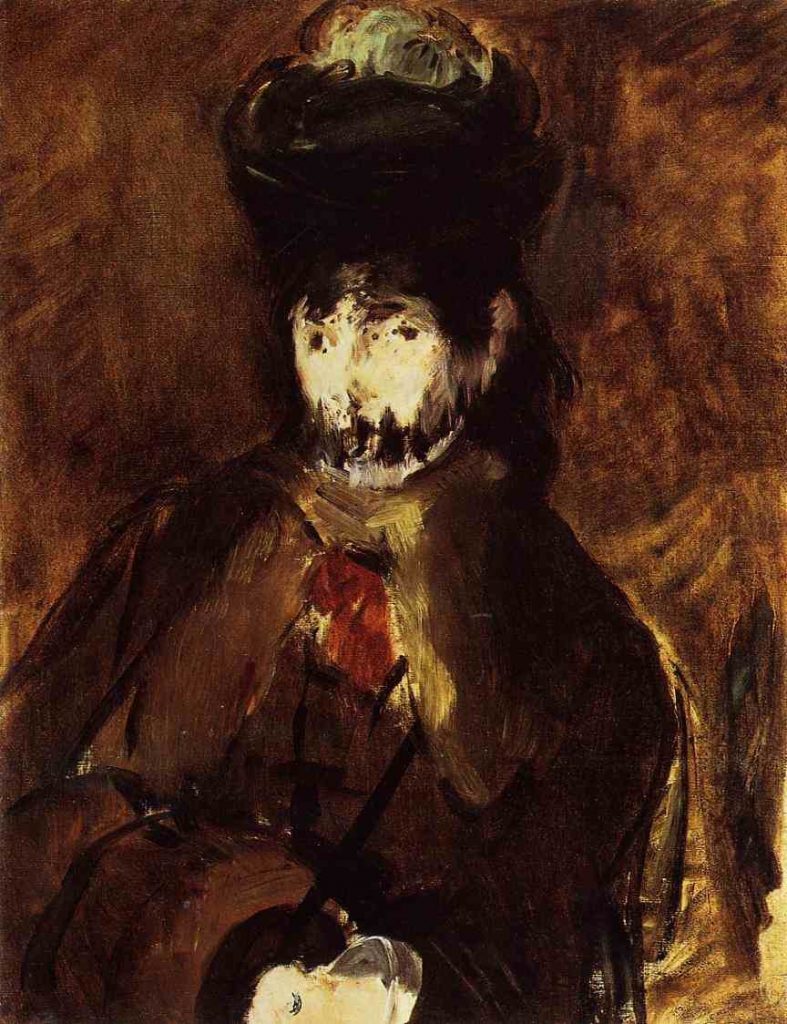 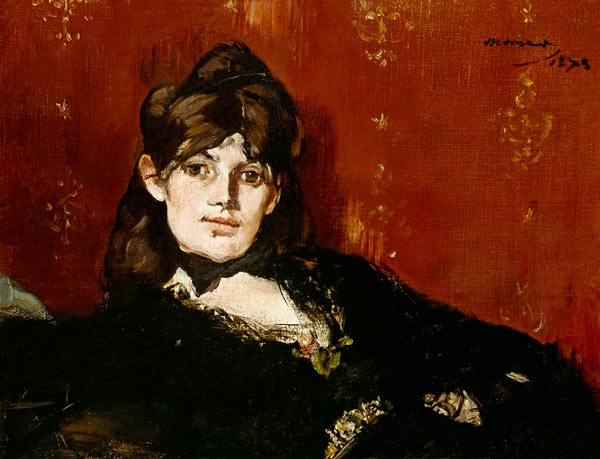 The above images are use solely for educational purposes.