I’m reposting a blog from six years ago, while I’m away. And remember to click on the work of art to enlarge it. 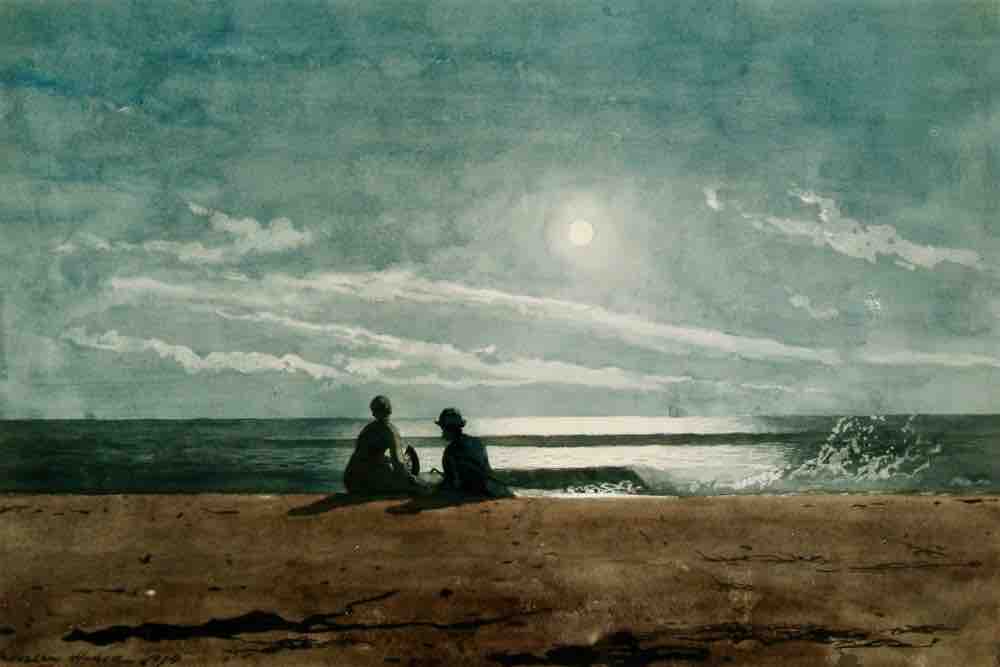 YOU LEFT ME by Emily Dickinson

A Legacy of Love

A Heavenly Father would suffice

Had the offer of –

You left me Boundaries of Pain –

Capacious as the Sea –

Your Consciousness – and me –

Winslow Homer’s Moonlight could be a portrait of the artist and his unrequited love, Helena de Kay, who married another man in 1876. However, the romance is mainly speculation.  During the 1870s, Homer often used what seemed the same model in a number of his works, referred to sometimes as the “mystery woman.”

You’ll discover more about Winslow Homer and other American visions in Through an Artist’s Eyes: Learning to Live Creatively!

American art, love in art, the sea in art