By Joan Hart on February 4, 2019 in Art Happenings

For my Circle of Art class that meets on Tuesday.  This week mild temperatures are expected, but remember just seven days ago!  You may be tired of snow at this point, but Monet tried to capture its many moods during the winter of 1874-1875.  Here is a blog that I first published in December, 2014.

And are you seeing the world around you differently?

MONET: A WALK IN THE SNOW

Finally the snow is here, real snow, that we haven’t seen for many years.

Claude Monet (1840-1926)  was the champion of snowscapes among his fellow Impressionists, outperforming even Alfred Sisley and Camille Pissarro who are famed for their interpretations of the season. One of his most productive periods was the winter of 1874-1875, creating at least 16 canvases when he was residing in Argenteuil, a suburb of Paris. The artist mainly concentrated on the streets and byways near his house, setting up the tools of his trade—easel, canvas, and palette—while probably warming himself with a heater as well as a number of overcoats.*

In Snow at Argenteuil, currently at the National Museum of Western Art in Tokyo, Monet seems to identify with the pedestrians trekking along a path after a recent storm.  As they venture out into a wonderland of freshly fallen snow, perhaps still adjusting to nature’s transformation of their corner of the world. 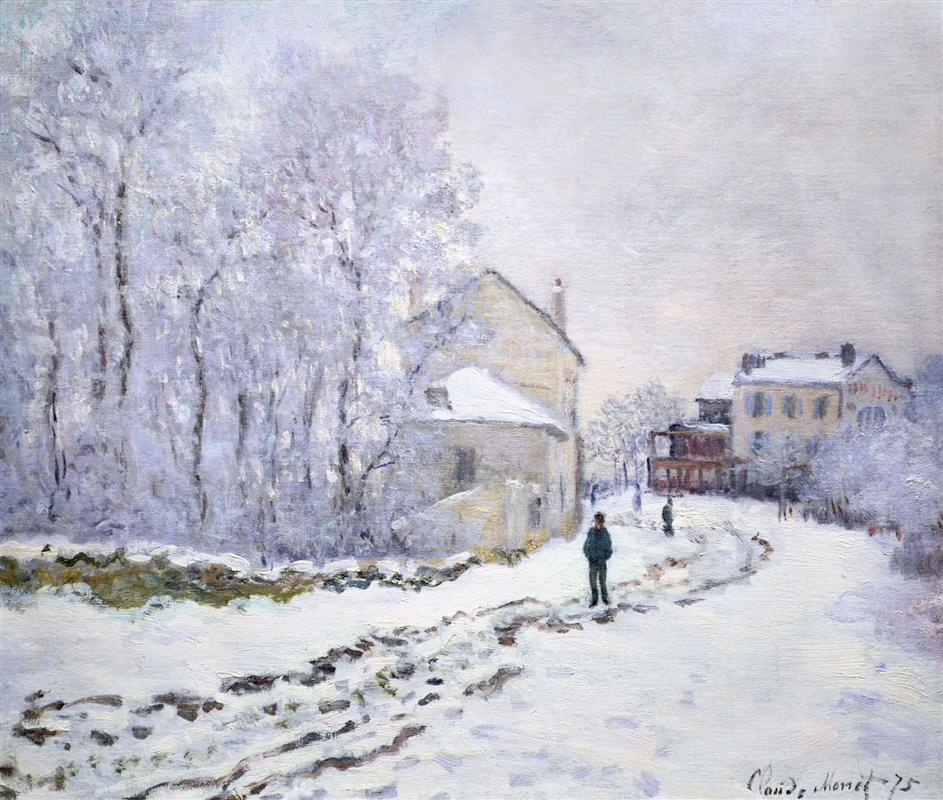 While the townspeople in Boulevard Saint-Denis, Argenteuil, in Winter are forced to be more proactive, battling an unusual sun shower of swirling white  flakes  Using their umbrellas as protection, as they push onward to the next destination, determined not to be thwarted by the weather again. 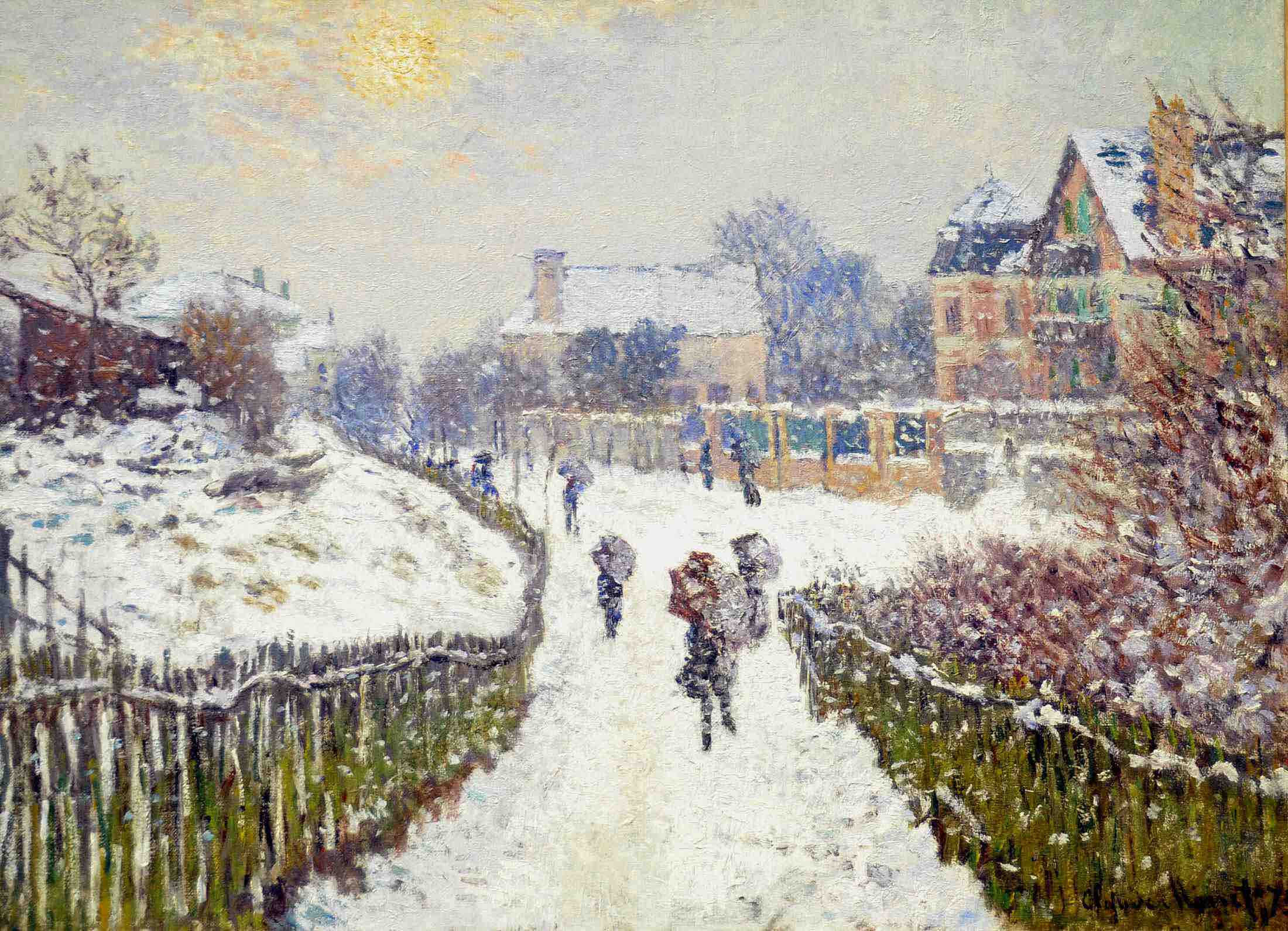 *Based on eye witness account of Monet painting outdoors,1868, from Impressionists in Winter: Effets de Neige by Eliza E. Rathbone and other art historians, catalogue of exhibition, The Phillips Collection with Philip Wilson Publishers. 1998.