Click on the works of art to ENLARGE or ENHANCE them.

I’m taking a trip to Vienna starting today, so I thought while I’m away it would be fun to devote my blogs to one of the great travelers in art, Cluade Monet.  His itinerary included several countries as well as a variety of climates.  Above all, Monet was searching for landscape subjects such as the lush vistas of Bordighera on the Italian Riviera where he stayed from January to April in 1884. So let’s take a tour through both the artist’s eyes and his words (excerpts from his letters to his future wife Alice).

Bordighera is still a scenic town on the French and Italian border, attracting visitors both now and in the artist’s day.  Monet arrived there around January 17 and within the week had climbed up to the heights above Bordighera for a spectacular view that inspired some of his earliest canvases.

“I ascend.  I descend then I ascend. Between each study, I take a break, and explore every path, always curious to see new things.” 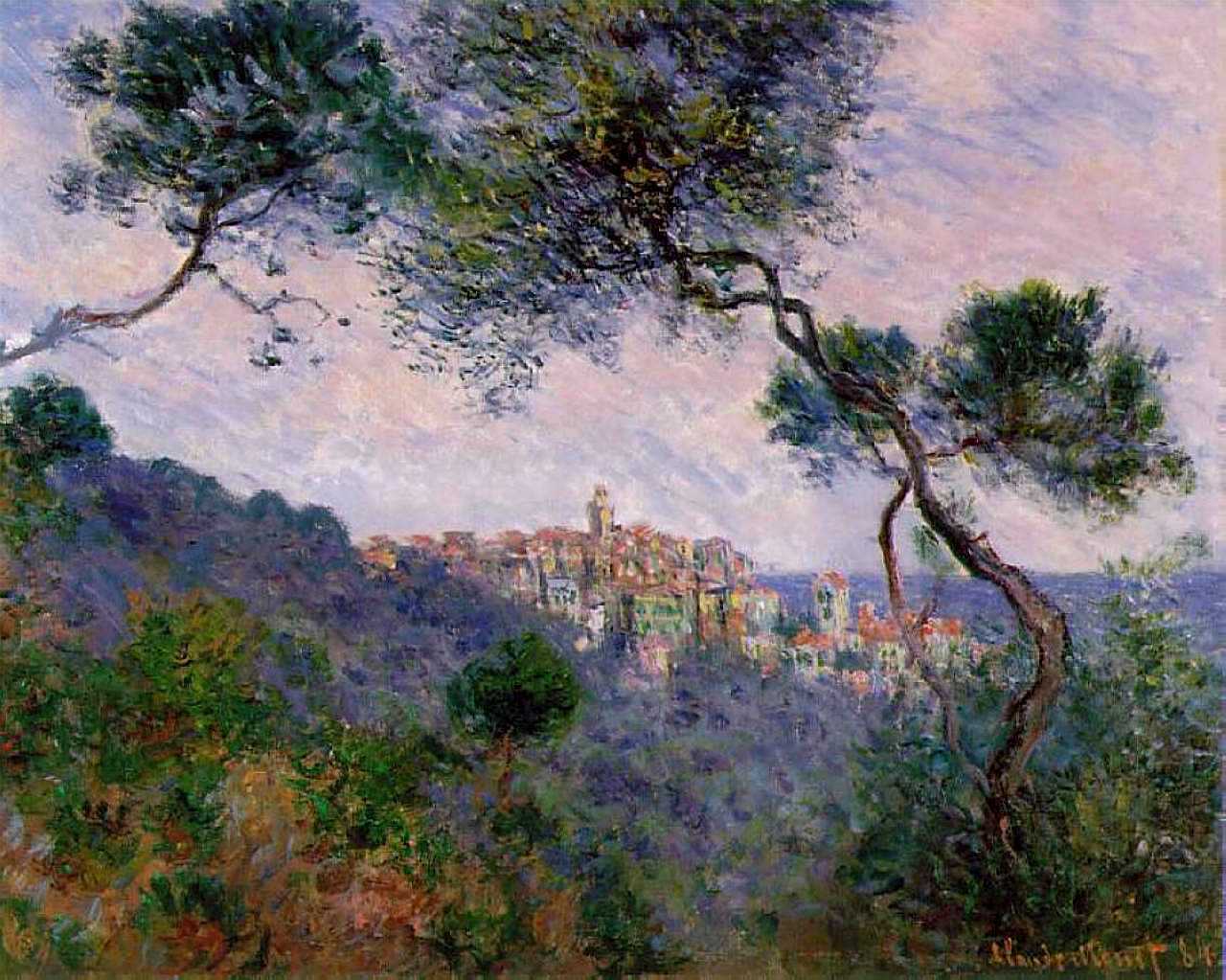 However, the Moreno garden renowned for its superb vegetation, was probably the major attraction for the artist during his months in Bordighera.  By early February, Monet had attained access to this walled paradise through the graciousness of its owner, Francesco Moreno, a prosperous landowner.

Monet, from the northern part of France, was particularly thrilled by what for him were the exotic orange, lemon, and palm trees.

“….a garden like this one is like no other, it’s pure magic; all the plants in the world grow there in open ground without  it seems being tended; it’s a jumble of all the varieties of palms, all types of oranges and tangerines.” 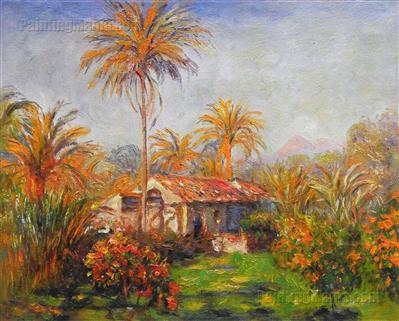 Yet, Monet as an artist was frustrated too by this unfamiliar environment and the challenge of capturing its unique beauty, especially of the area’s famous palms.

“These palms try my patience; and the motifs are difficult to seize and arrange in the canvas…One can walk indefinitely under the palms, the oranges, and the lemon trees and also under the wonderful olives trees, but when one seeks out motifs, it’s very difficult…” 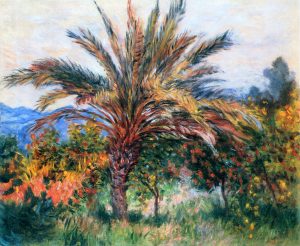 Monet, though, did have some opportunities to escape temporarily to the mountains, resulting first in the luminous and richly colored Valle Buona near Borgdihera.

Later, Monet ventured farther away from Bordighera to the “charming” town of Dolceaqua, where he was enchanted by “a bridge which is a gem of lightness.”

The quotes of Claude Monet are from two sources: Monet’s Landscapes by Vivian Russell, Bullfinch Press, New York, 2000 and Monet and the Mediterranean by Joachim Pissarro, Rizzoli in association with the Kimbell Art Museum, Fort Worth, Texas, New York, 1997.

The above images is used solely for educational purposes.

artists in travel, French Impressionism, gardens in art, Riviera in art, the Rivera in art