PLEASE click on the works of art to ENLARGE or ENHANCE them.

THE PEACOCK RISES IN SPRING

Spring, at least according to the calendar, is here if you live in the Northern hemisphere. In spite of the unusually frigid temperatures and blanket of snow, the birds have still been arriving, sometimes congregating in my backyard.  So in honor of their return, my blogs this week will be spotlighting our feathered friends through an artist’s eyes, commencing with the peacock.

The prima donna of the avian world is unmatched in its rainbow colored splendor, both fascinating and challenging painters as well as poets.  I’ve included works done by a potpourri of artists, from a Japanese master to an animal specialist to a Art Nouveau illustrator—complemented by Haiku verse, quotation of William Wordsworth, and fast facts from the National Geographic.

fanning out its tail

in the spring breeze, 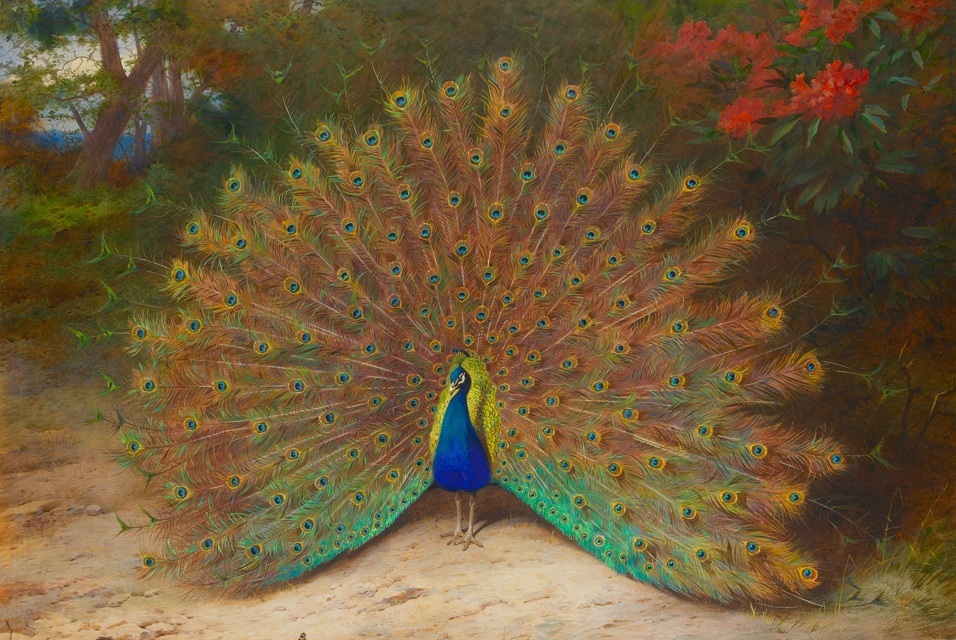 Peacocks are large, colorful pheasants (typically blue and green) known for their iridescent tails.  These tall feathers or coverts, spread out in a distinctive train that is more than 60 percent of the bird’s total body length…the large train is used in mating rituals and courtship displays.

Technically only males are peacocks. Females are peahens, and together they are called peafowls.

Suitable males may gather harems of several females, each of which will lay up to 3 to 5 egss….. 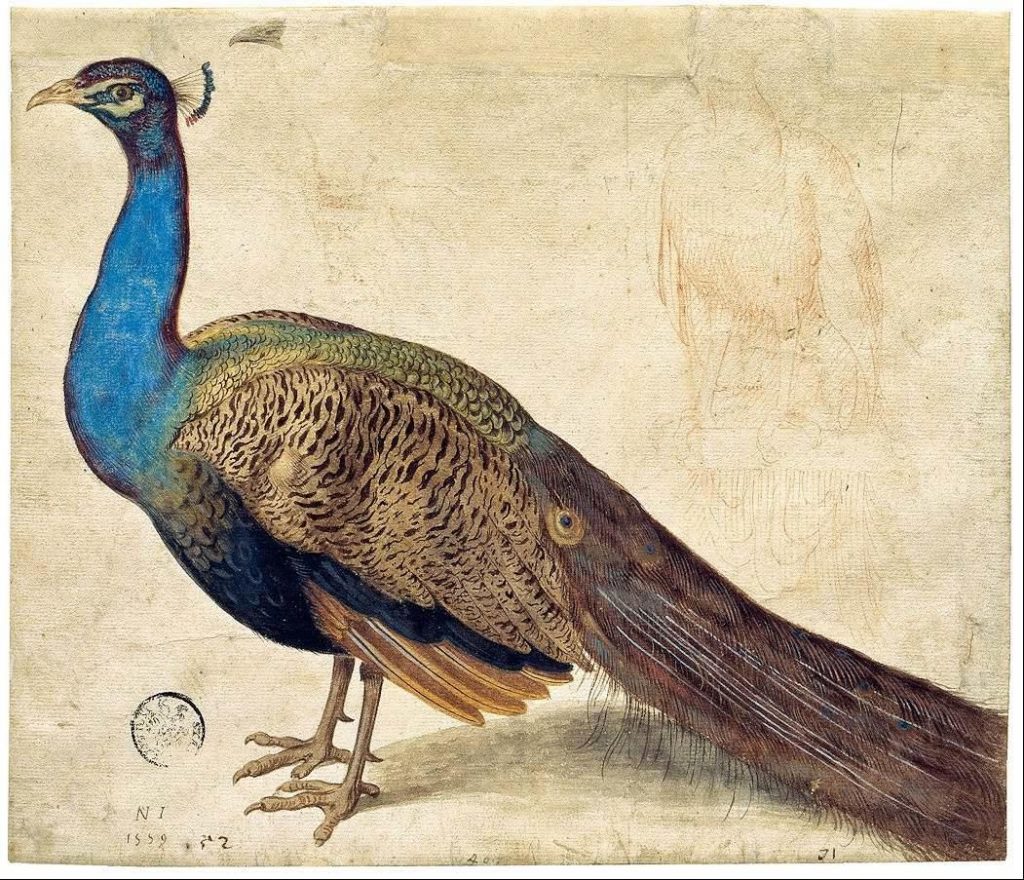 The Peacock in the broad ash tree

Aloft is roosted for the night,

He who in proud prosperity

Of colors manifold and bright

Walked round, affronting the daylight.

The White Doe of Rylstone

Whene’er I see that bird it brings

A world of long-forgotten things,—

Her childhood is a fairy land….

The Vow of the Peacock 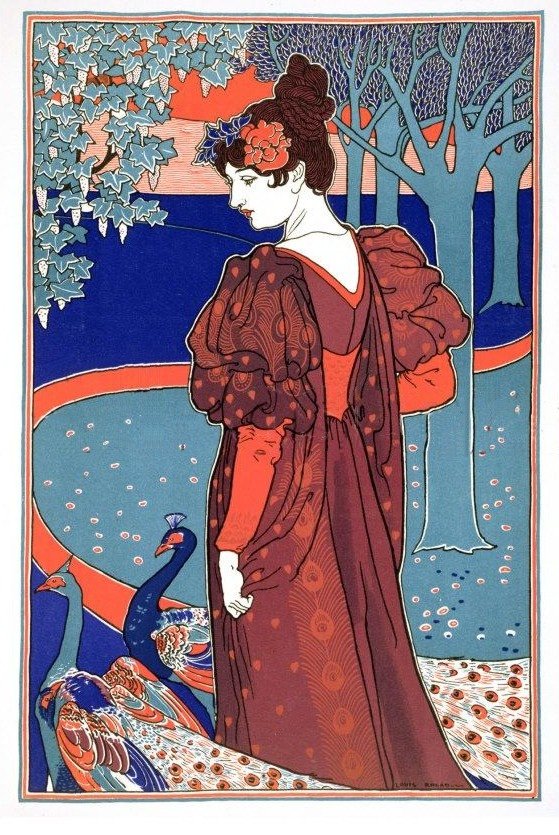 1. Archibald Thorburn (1860-1935), Scottish artist who was renowned for his memorable portrayals of birds and other animals;  Masaoka Shiki (1867-1902), son of samurai and originally interested in politics, became influential haiku poet in Japan.

4. Louis Rhead (1857-1926), Anglo-American artist, illustrator, and writer, especially known for his posters created in style identified as Art Nouveau.  From a family engaged in the pottery industry, he studied art in London and Paris, then in his early twenties settled in New York. Contributed his works to both U.S. magazines and international publications; Letitia Elizabeth Landon (1802-1838), British Romantic poet who, although recognized in her own time (Elizabeth Barrett Browning among her admirers), her reputation has since declined.