This week I thought I would focus on the Barnes Foundation, one of the most unique and challenging art museums I’ve experienced.  Established in 1922 by Dr. Albert C. Barnes, a wealthy Philadelphia doctor and scientist, this collection is not only vast—including some 180 Renoirs—but organized in a way unlike any other art institution.  For Dr. Barnes displayed his works  in numerous groups or ensembles, arranged according to formal relationships, not by cultural and chronological criteria typical in most museums.

I’m not able to reconstruct an entire ensemble on my blog, although you can view an example on the museum’s website (click below).  However, I’m going to provide a mini-gallery of a wall of ensemble number 13, along with quotes of Dr. Barnes, who wrote several books on art appreciation or what he termed learning to see. Then at the end of the tour, you might want to try to determne in what order these masterworks by Van Gogh, Renoir, Cezanne, and Manet are hung (afterward you’ll be able to go to a link that will reveal the complete wall with the rest of the paintings and objects).

Before you begin, consider Dr. Barnes’ definition of form and use it as your guide.

Form in a painting is a harmonious merging of the plastic means—color, line, light and space—through which the artist gives expression to his experience, and it is so permeated with his own personality that its meaning is all its own.

The Smoker by Vincent Van Gogh, 1888, oil on canvas 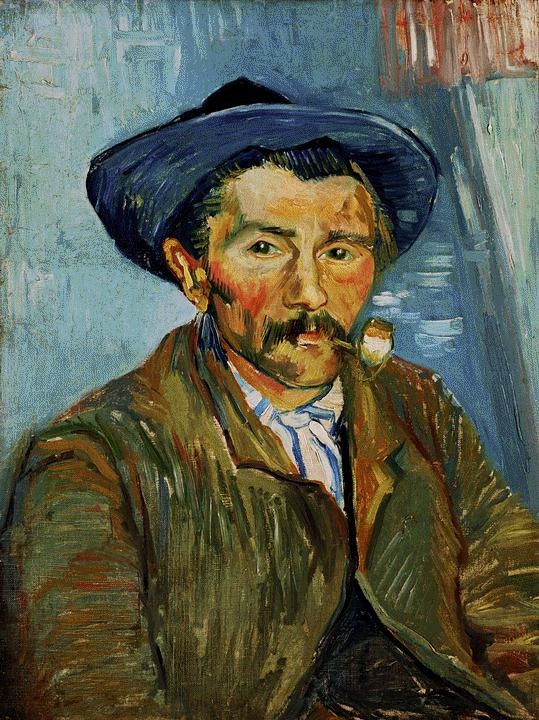 The driving force of the artist’s activity is the emotion which the world, in its visible aspect, arouses in him….

From the very beginning, Cezanne’s interest was in power, the manifestation in Nature of intense force or energy, and in his work he revealed this power in a degree surpassing that of Nature itself.  He saw in terms of geometrtical form, and consequently he rendered every kind of subject matter, fruit, trees, houses, mountains, human beings, with accentuated block-like character, in highly patterned designs.

Millstone and Cistern Under Trees by Paul Cezanne, 1892-1894, oil on canvas 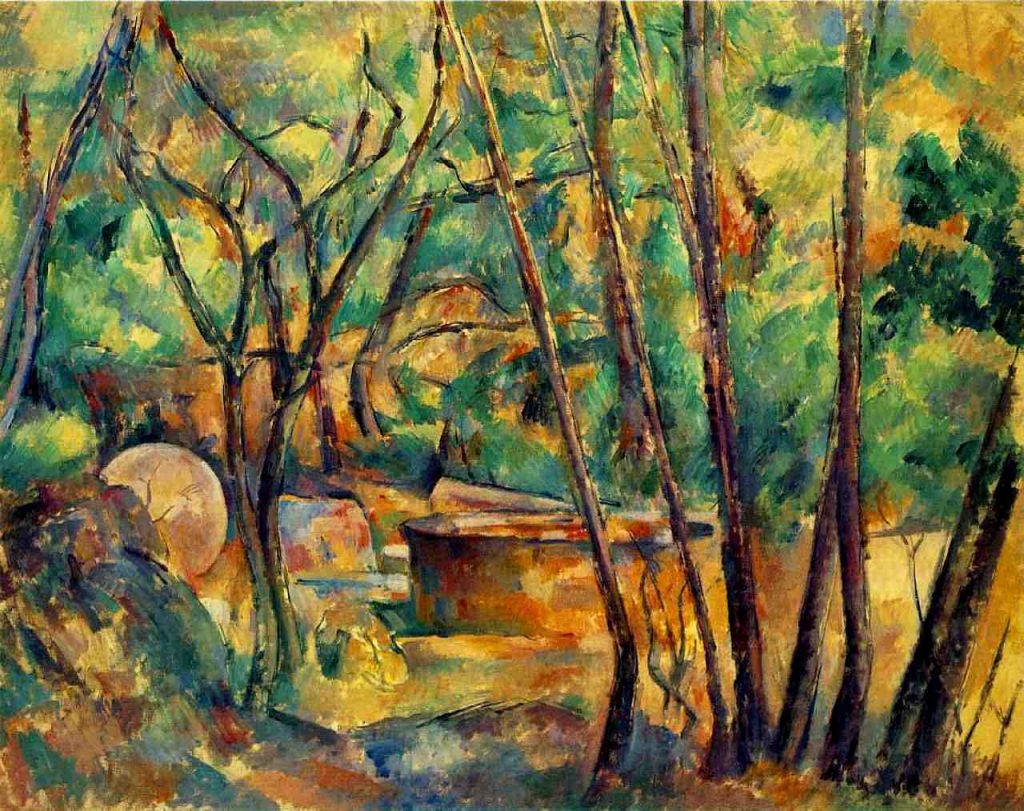 Young Girl on a Bench by Edouard Manet, 1880 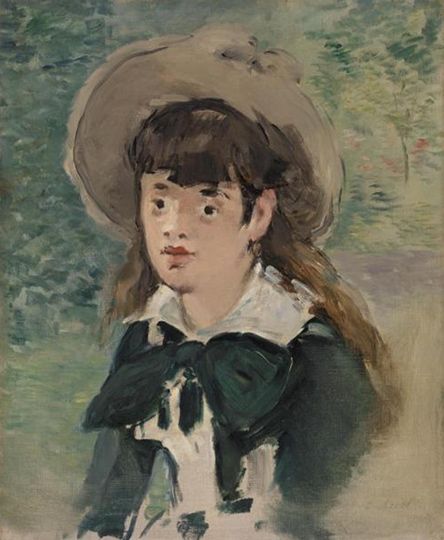 This kinship can be readily perceived by a trained observer tracing with his finger the rhythms in Renoir’s work the BOIS DE LA CHAISE (NOIRMOUTIER), for example, as he listens to the second movement of Beethoven’s Fifth Symphony.  In both the painting and the music the rhythmic movement, a swinging lilt, is extremely fluid, powerful, colorful….. 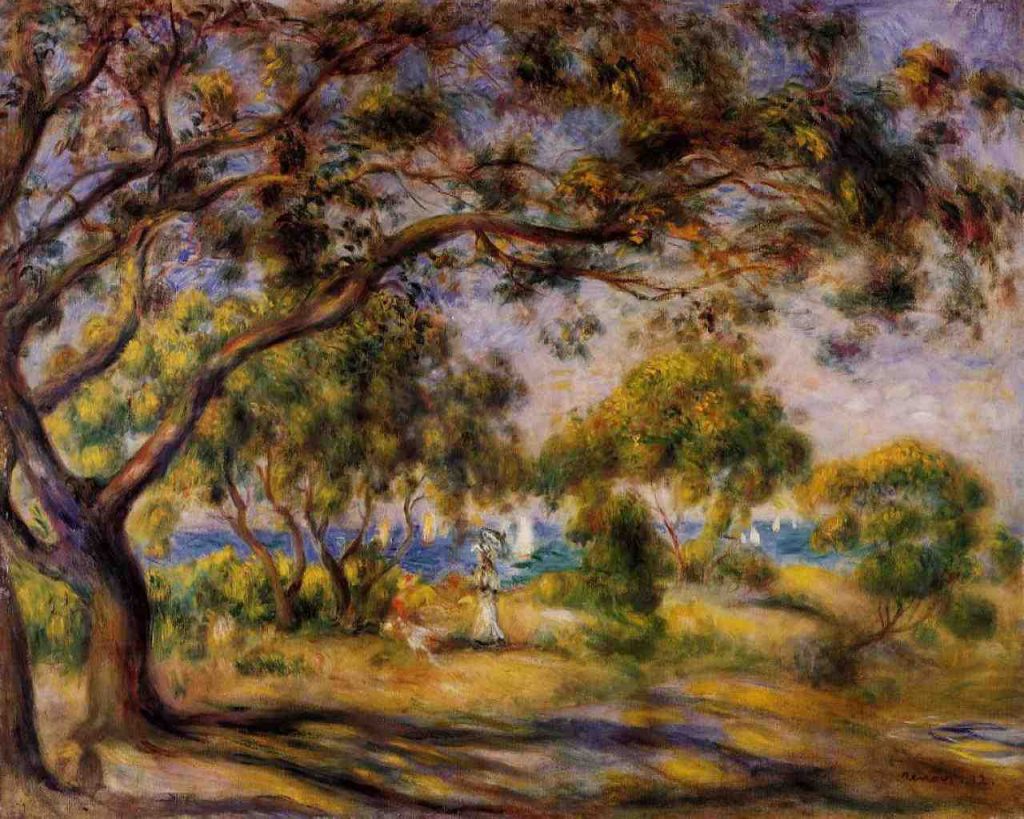 1. So, imagine you are in room number 13 at the Barnes Foundation.  Which of the above 5 works of art is in the center of the group?

A.  Young Girl on a Bench and Millstone and Cistern Under Trees 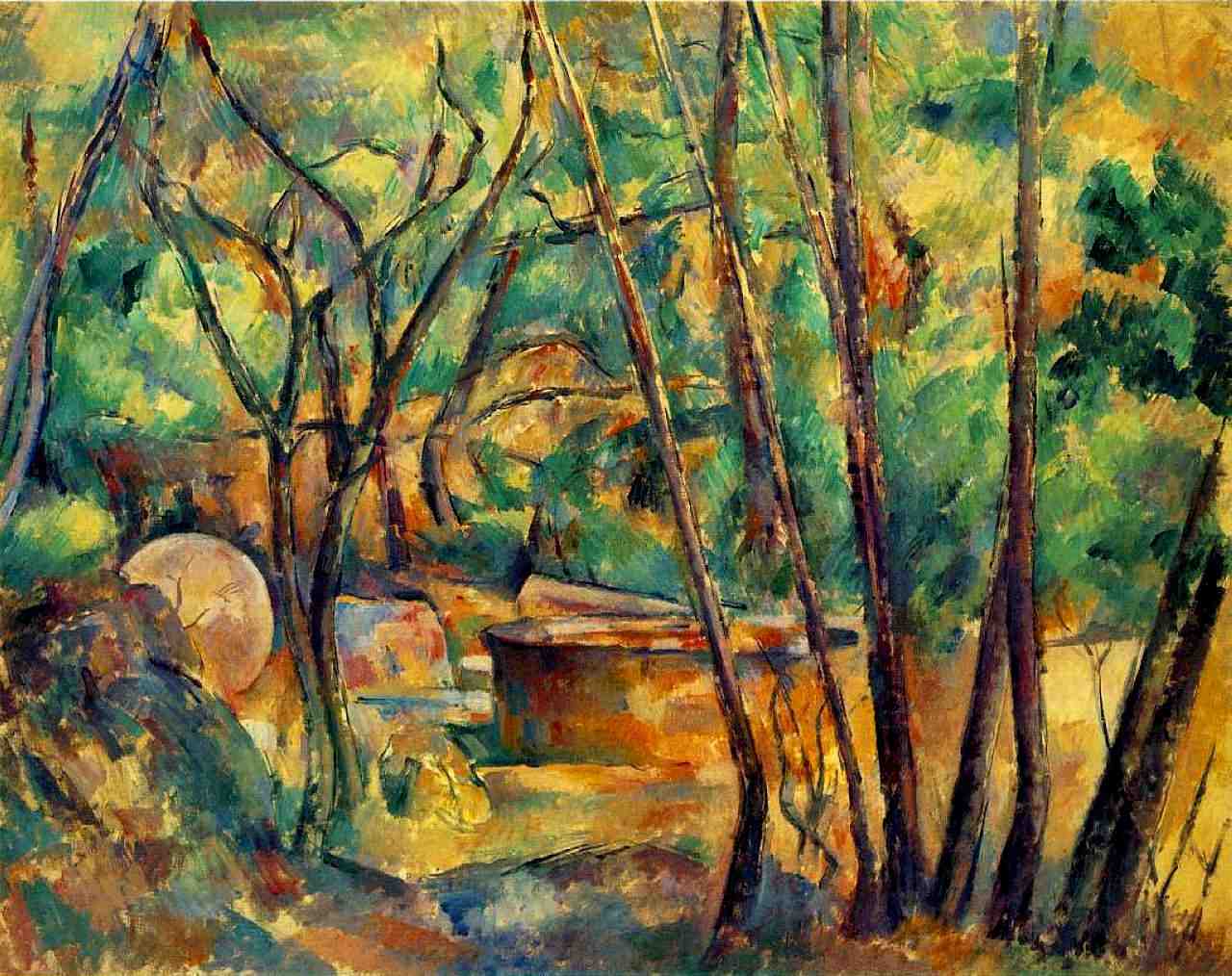 B. Bois de la Chaise and The Smoker

D. The Smoker and Millstone and Cistern Under Trees

3. And on which side would you place each of the two pairs you have selected?

A. Bois de la Chaise and Young Girl on a Bench on the right

B. Bois de la Chaise and The Smoker on the right

C. Young Girl on the Bench and Mill and Cistern Under Trees on the left

D. The Smoker and Millstone and Cistern Under Trees on the left

If you chose 1B., The Young Mother by Renoir, you are correct.

Do you know why?  Is it the overall color scheme?  Or the vertical position of the figures?  Any other reasons?

if you picked the portrait and landscape combination of 2C. and 2D., you are right again.

Do Young Girl on a Bench and Bois de la Chaise seem to enhance each other in the softness of the colors as well as a similarity of feeling?  What about The Smoker and Millstone and Cistern Under Trees?

And if you decided on 3A. and 3D. you win!  However, in the case of art, no true answer really exists.

Click on the following link for the actual view of the ensemble (scroll down to the last photo).