Here’s the second installment with another clue to the perennial mystery of art…..

Every portrait that is painted with feeling is a portrait of the artist, not of the sitter.* 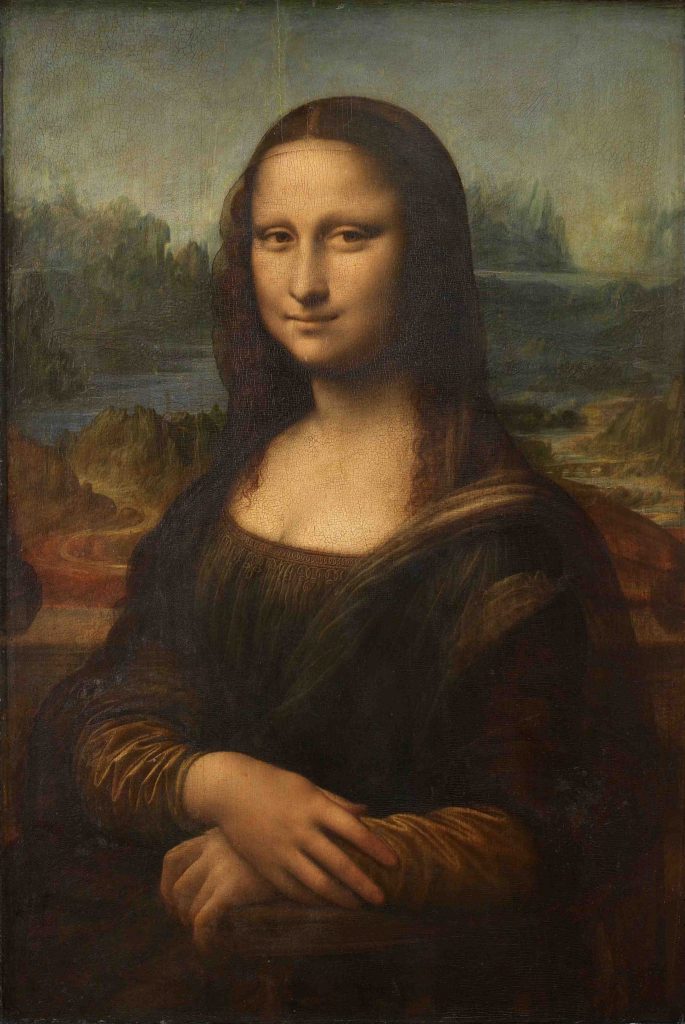 Leonardo da Vinci (1452-1519) is the ultimate Renaissance man—inventor, scientist, engineer, botanist, geographer, musician, architect, and sculptor—but he is probably best remembered as a painter, creating mega-masterpieces such as the Mona Lisa and The Last Supper.  Born near Florence in the mid-15th century, he was the oldest of the artistic triumvirate of Michelangelo and Raphael, still ranked as the giants of Western art.

Oscar Wilde (1854-1900) was an Irish writer, mainly active in the latter part of the 19th century. His novel Picture of Dorian Gray and plays The Importance of Being Earnest and Lady Windermere’s Fan have endured over the generations, reflecting his brilliance as well as wit.  However, because of the public revelation of his homosexuality, Wilde’s final years were spent in prison and exile,

*The full quote from Picture of Dorian Gray: “Harry,” said Basil Hallward, looking him straight in the face, “every portrait that is painted with feeling is a portrait of the artist, not of the sitter.  The sitter is merely the accident, the occasion.  It is not he who is revealed by the painter; it  is rather the painter, who, on the coloured canvas, reveals himself.  The reason I will not exhibit this picture is that I’m afraid that I have shown the secret of my soul.”

Discover the questions and answers to the world of art in Through an Artist’s Eyes: Leaning to Live Creatively!