MIRROR, MIRROR ON THE WALL:

THROUGH THE LOOKING GLASS OF ART

Today’s virtual exhibition explores the theme of the mirror in art, taking us on a journey into this parallel sphere with painters as well as authors as our guides, ranging from Caravaggio to Mary Cassatt, Shakespeare to Edith Wharton. For the looking glass through an artist’s eyes is ultimately an instrument of reality and fantasy, self-examination and deception, vanity and revelation.  (See: fast facts about participating artists and writers at end of blog.)

Sin of self-love possesses all mine eye

And all my soul, and all my every part….. 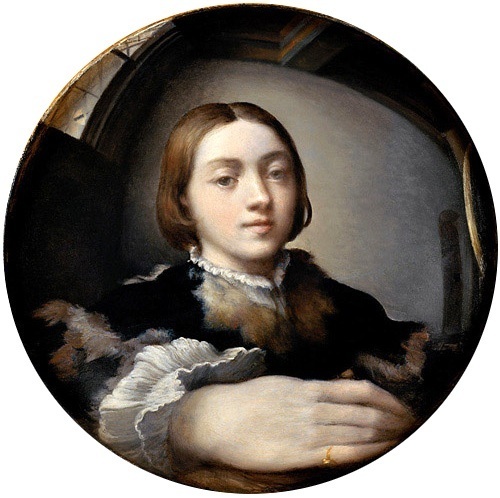 Stretched on the shadowed grass, Narcissus gazes at that false image with un-sated eyes, and loses himself in his own vision…..’Has anyone ever loved more cruelly than I?…..I am enchanted and I see, but I cannot reach what I see and what enchants me.’

There the Lady of Shalott weaves by night and day

A magic web with colours gay…….

And moving thro’ a mirror clear

That hangs before her all the year,

Shadows of the world appear.

There she sees the highway near

Winding down to Camelot…….

Or when the moon was overhead,

“I am half sick of shadows,” said the Lady of Shalott.

Alfred Lord Tennyson, Excerpts from the The Lady of Shalott, Part II 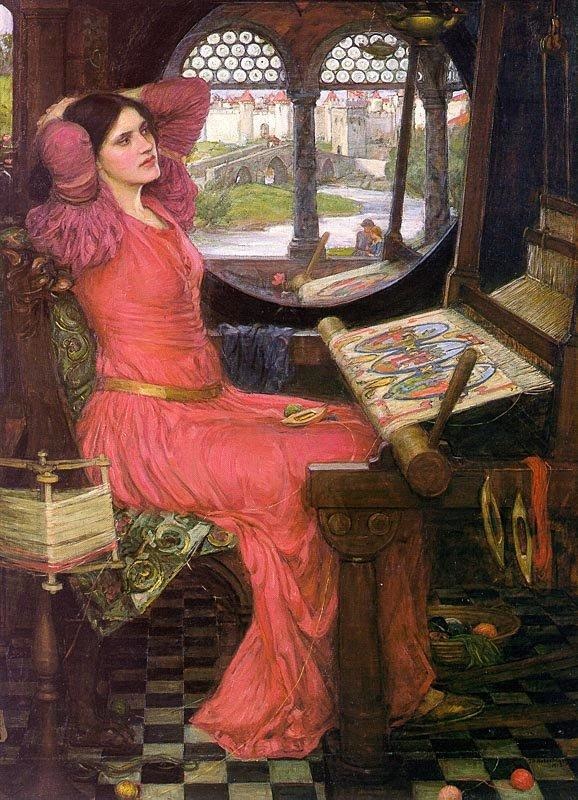 A beautiful woman should break her mirror early… 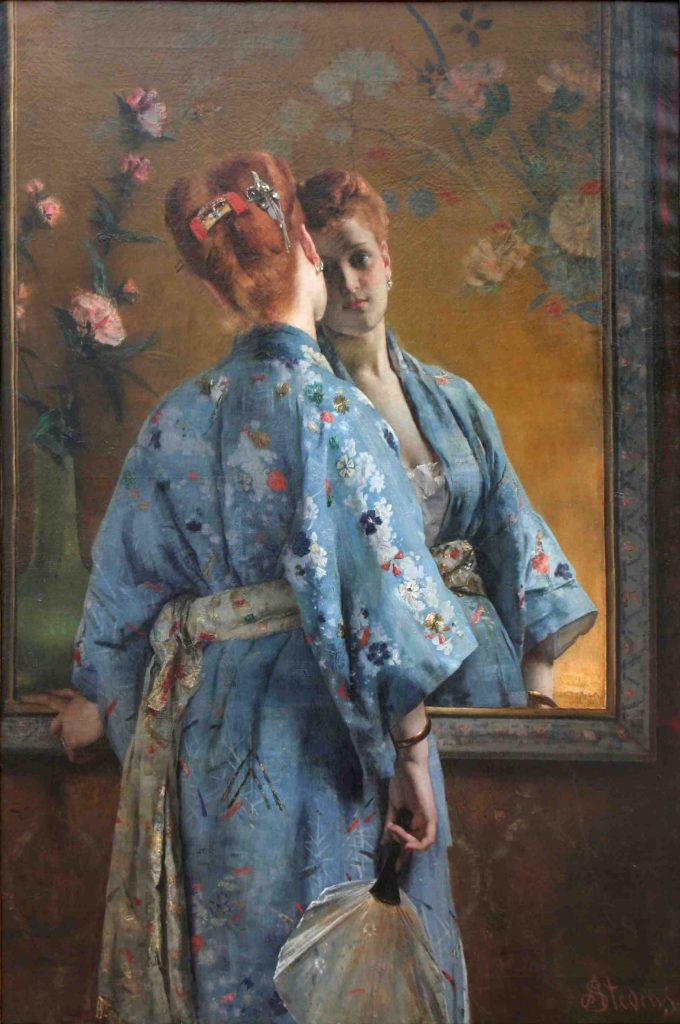 All mirrors are magic mirrors.  The commonest room is a room in a poem when I turn to the glass….. 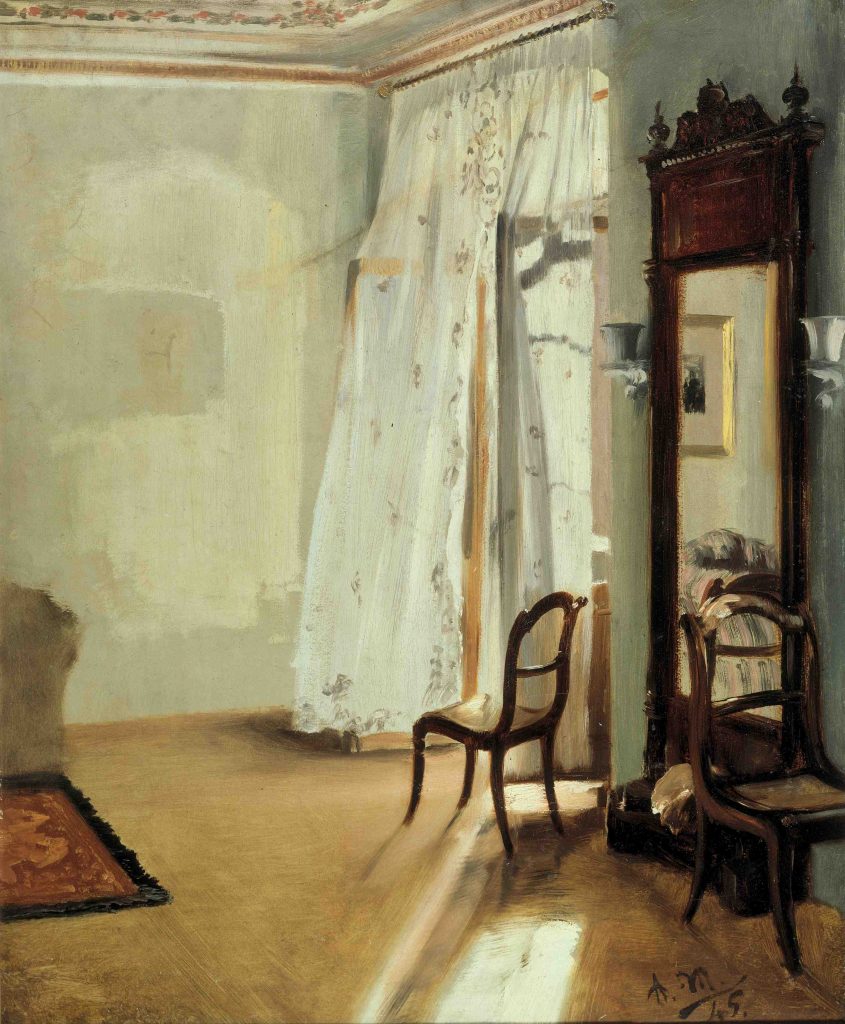 There are two ways of spreading light: to be the candle or the mirror that reflects it. 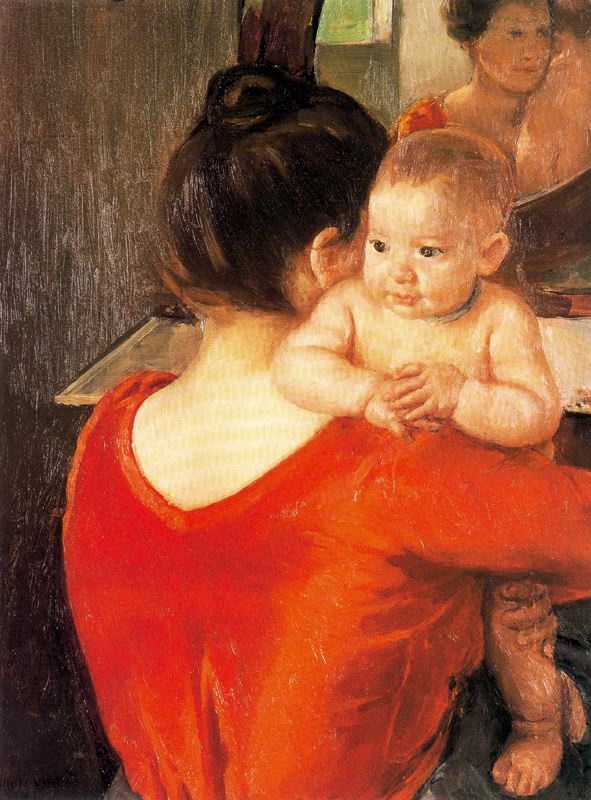 Who sees the human face correctly:  the photographer, the mirror, or the painter?*

Pablo Picasso (friend of Diego Rivera, who portrayed his daughter Ruth Rivera below)

Women fed up with the constant pressure to look good are embracing a new trend—‘mirror fasting.’  They are trying to avoid the obsession with youth and beauty by not looking at their reflections for anything from a few days to a year.

Parmigianino (1503-1540) created in the Mannerist style, elongating and sometimes distorting forms.  His self-portrait continues to intrigue both art historians and viewers in general.  William Shakespeare (1564-1616) is a universally renowned English playwright and poet of the Elizabethan age; he penned some of literature’s best loved plays plus 154 sonnets.

Italian painter Caravaggio (1571-1610) was one of the originators of the early Baroque stye, characterized by dramatic lighting and portayal of the common man as religious figures.  On a personal level, he was often violent, even committing a murder.  Ovid (430 B.C.-A.D. 17/18) dates back to ancient Rome. His Metamorphoses endures after thousands of years; this epic poem is an account of myths connected with creation.

The Lady of Shalott by John William Waterhouse

19th century British painter John William Waterhouse (1849-1917) and his works are gaining in popularity. influenced by the Pre-Raphaelite Brotherhood, he often depicted subjects from Great Britain’s literary tradition such as the legends of King Arthur.  Alfred Lord Tennyson (1809-1894) was Poet Laureate of Victorian England.  Like Waterhouse, many of his writings were inspired by the stories of Camelot’s knights as well as Queen Guinevere and the Lady of Shalott.

The Japanese Parisian by Alfred Stevens

Belgian Alfred Stevens (1823-1906) made his reputation in late 1800s Paris with his enchanting series of beautiful ladies.  Eclipsed by the popular Impressionists in the 20th century, he seems, like Waterhouse, to be increasingly recognized by museums and the public. Baltasar Gracian (1601-1658) was a Spanish Jesuit priest as well as writer and philosopher.  His The Art of Worldly Wisdom is a guide to living a more moral and spiritual life.

Adolph Menzel (1815-1905), a respected, successful German artist, known for official representations of his nation’s rulers and history.  However, he created interiors like Balcony Room, often described as an example of an early Impressionistic style. Scottish minister George MacDonald (1824-1905) was an author and poet of imaginative works like Phantastes, having an impact on future fantasy writers such as J.R.R. Tolkien.

Mother and Child by Mary Cassatt

Mary Cassatt (1844-1926), truly an American in Paris, joined the French Impressionists in promoting a new style and artistic expression.  Her numerous paintings and pastels of the mother and child theme are unrivaled in the history of art.  Pulitizer prize winning Edith Wharton (1862-1937), also an American, was equally prolific, producing novels and short stories about her upper class surroundings in New York such as House of Mirth and Age of Innocence.

Diego Rivera (1886-1957) is esteemed in particular for his murals that decorate public buildings both in his native Mexico and the United States. In addition, he immortalized in paint not only his wife, the iconic Frida Kahlo but other members of his family including his daughter Ruth by another spouse.  Pablo Picasso (1881-1973), Rivera’s friend and colleague, dominated 20th century art,  responsible for countless innovations and breakthroughs in visual creativity. Quote of Picasso in the blog is from Pablo Picasso: What I Said by Narim Bender.

The False Mirror by Rene Magritte

Mirrors always fascinated Belgian artist Rene Magritte (1898-1967) and played a significant role in his numerous paintings, combining a sense of mystery with anxiety about the human condition.  The Daily Mail is published in the UK.

Pick up Hart’s exhilarating and wonderful book, where the visions of the artist beckon to us–and quietly unlatch the many garden gates of creativity, of everyday exaltation and meaning, available to us all–anywhere, anytime…