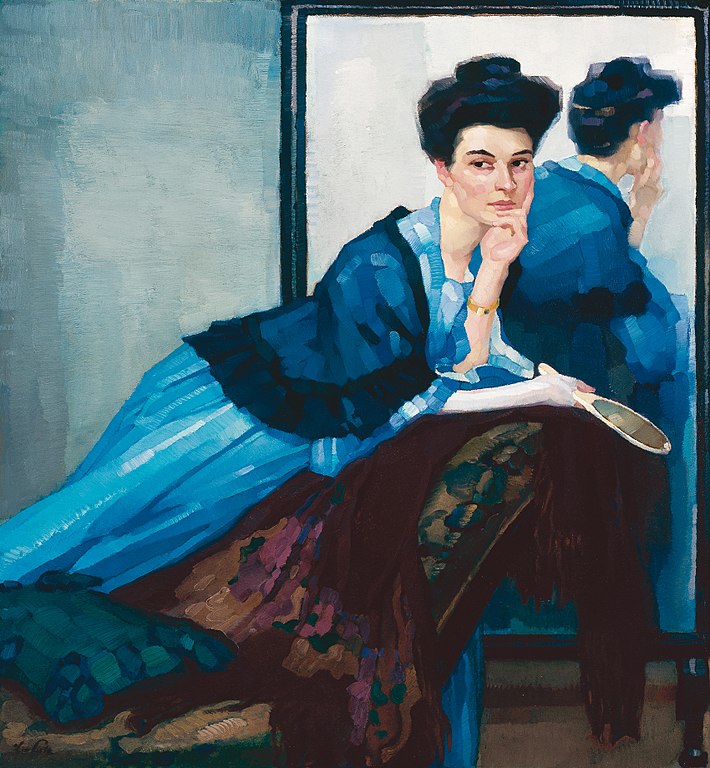 Leo Putz (1869-1940) was originally from the South Tyrol in the Alps of Italy, although he spent most of his career in Germany.  He worked in a number of styles, from Impressionism to Expressionism. In his later years, he was forced to return to his home country because of his opposition to the Nazis.