My children are the greatest happiness that has come to me, in my varied and somewhat tortuous career, and I am at an age now when they seem to me to be the most wonderful things life has to offer…they are now the all important center around which everything revolves; the sunshine of the passing years…* 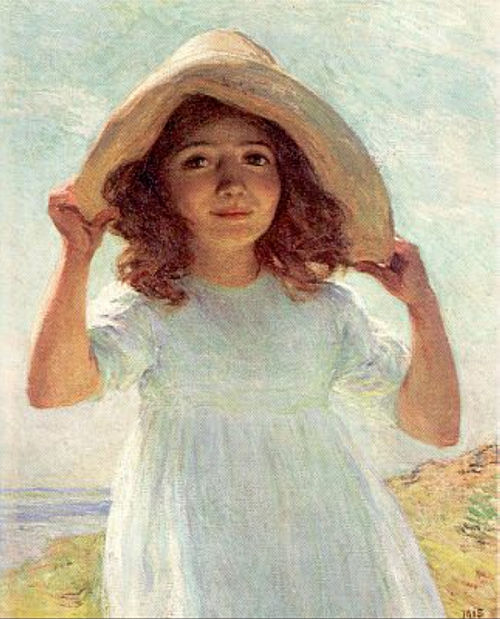 American Impressionist Willard Metcalf (1858-1925) created this unforgettable portrait, Child in Sunlight, of his 4 year old daughter Rosalind on the beach at Jodan’s Cove in Waterfod, Connecticut. Metcalf was already in his early fifties when he became a father and his joy in parenthood is reflected in his letter to his Aunt Lizzie above.

Metcalf is also a leading American Impressionist active in the late nineteenth and early twentieth centuries.  Although he painted extensively in both Europe and the United States, his lyrical scenes of the rolling hills and mountains of Vermont  are among his most successful works.

And meet some other Impressionist companions in art in Through an Artist’s Eyes: Learning to Live Creatively!