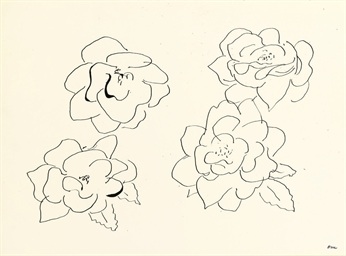 Nothing, I think, is more difficult for a true painter than to paint a rose because, before he can do so, he has first to forget all the roses that were ever painted……..

Matisse was already in his early eighties, when he made the statement quoted above.  He also observed that an artist has to look at life as he did when he was a child. So in our Matisse and the Rhythm of Life workshop on Monday, we followed his advice, every participant attempting to draw his or her own rose with a new sense of spontaneity and freedom.

Matisse’s floral interpretations also inspired us, from his exuberant poppies,

to his softer, more lyrical arrangement of mixed flowers, 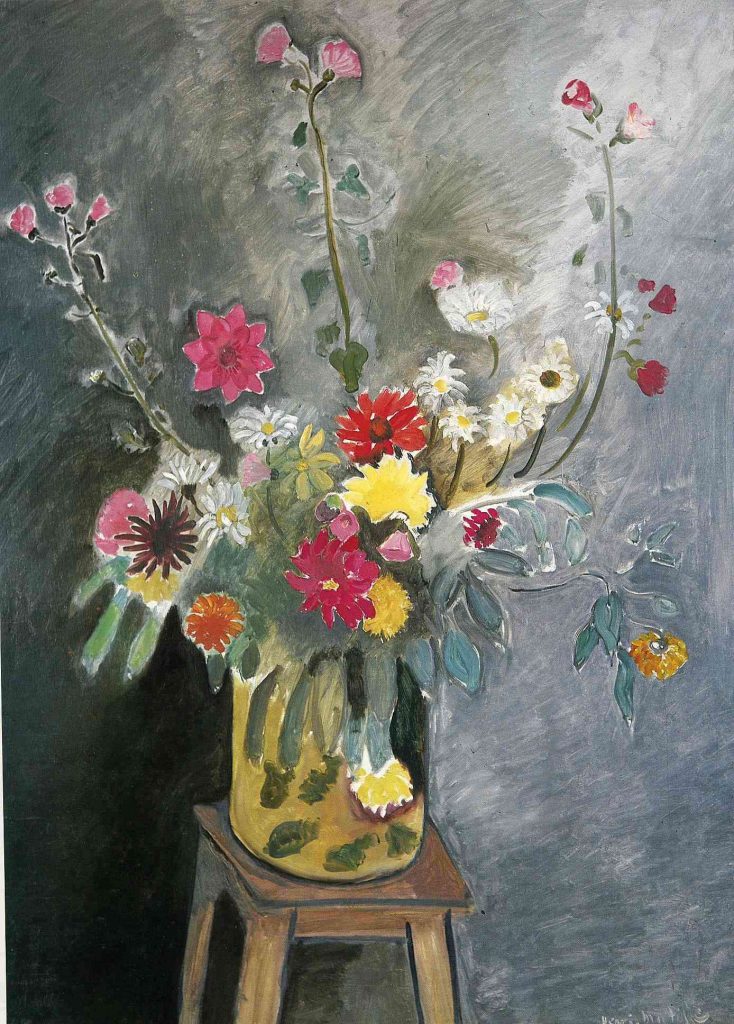 to his celebration of rare anemones surrounded by a richly patterned decor.

However, oddly, I was unable to find a slide of a Matisse rose to show to the group.  Yet, perhaps that was fortunate because then each one of us was empowered by his or her unique vision and creativity, resulting in expressions like the drawing below done by “anonymous.”  I wish she had consented to reveal her name and take credit for this tribute to the spirit of Matisse. 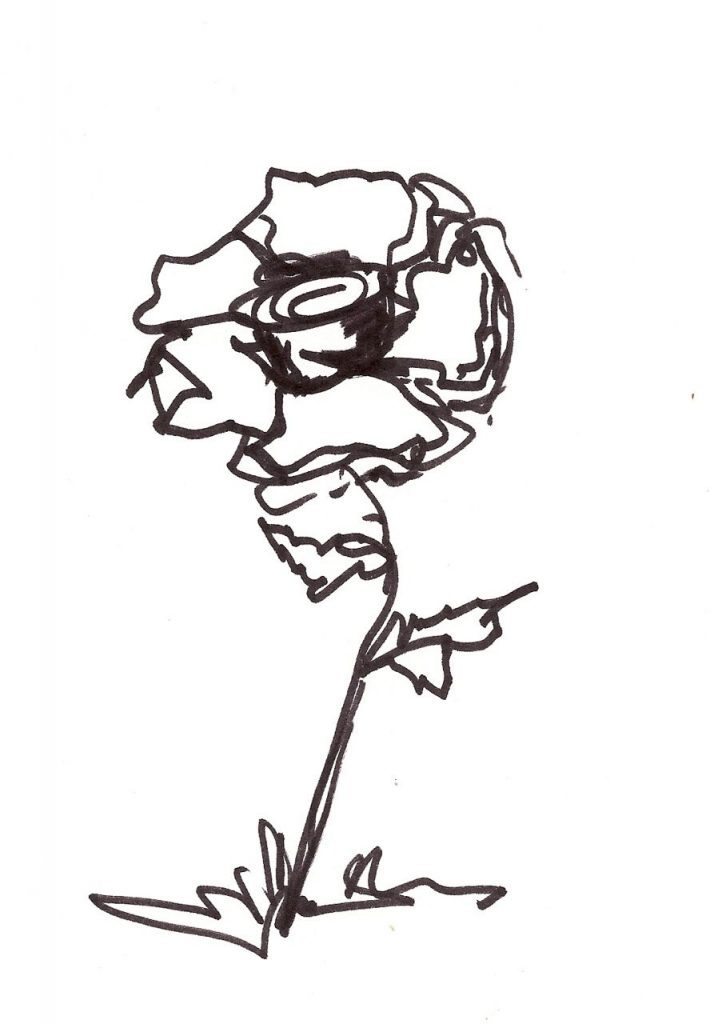