No other artist, except Degas, has devoted himself so completely to depicting the power and life force of dance as  Henri Matisse (1869-1954): from the exuberance of The Joy of Living (1906) to the Barnes Foundation’s monumental La Danse (1932-33) to the off-beat illustrations for his book Jazz (1947). The figures of Matisse’s late cut-outs, The Acrobats (1952) and The Swimming Pool (1952), also move with the nimbleness and grace of dancers.

The Dance II, done in 1910 for the Moscow palace of Russian collector Sergey Shchukin, occupied Matisse’s imagination and emotions for at least three years, resulting in multiple creations that can now be seen in art museums from New York to St. Petersburg. So let’s take a virtual tour of the different manifestations of this masterpiece.  A creative process that began in February, 1909 when Shchukin expressed an interest in the subject  for his home.  Within a month, Matisse produced Dance I, a study which his patron approved. In an interview in April, Matisse mentioned his new commission:

I have to decorate a staircase.  It has three floors.  I imagine a visitor coming in from the outside.  There is the first floor.  One must summon up energy, giving a feeling of lightness.  My first panel represents the dance, that whirling round on top of the hill.* 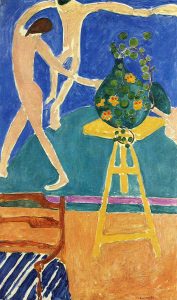 Matisse got his idea for the “whirling” circle from a then popular dance called the farandole where, according to the artist, the “dancers hold each other by the hand, they run across the room, and they wind around the people who are standing around…..”*

It would be at least a year and a half before Matisse finished Dance II, the final version. For the stunning Still Life with Dance, created in late 1909, reveals that Dance I has not yet been replaced by its successor. 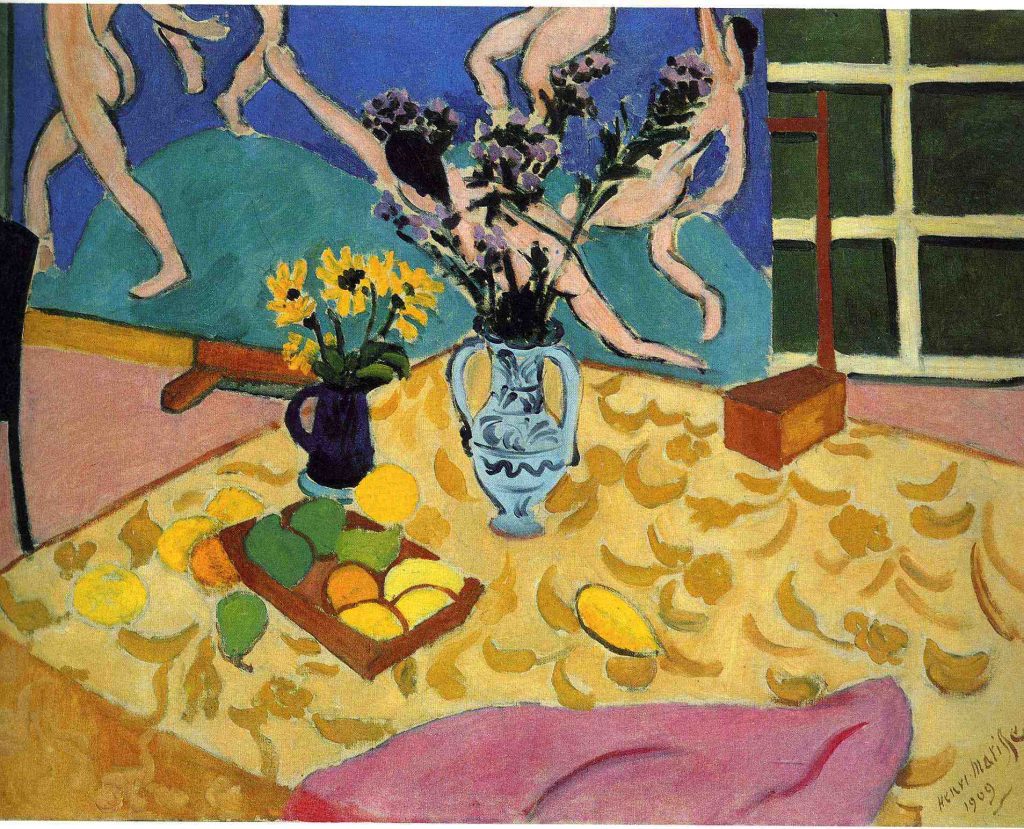 It would take until the autumn of 1910 for Dance II to be ready for Shchukin, along with Music, the other part of his request.  Hasn’t Matisse transformed the colors which he describes as a “fine blue for the sky, the bluest of blues…..green for the trees and violent vermillion for the figures.”*

Shchukin, surprised, initially rejected both works and then quickly decided to accept them. 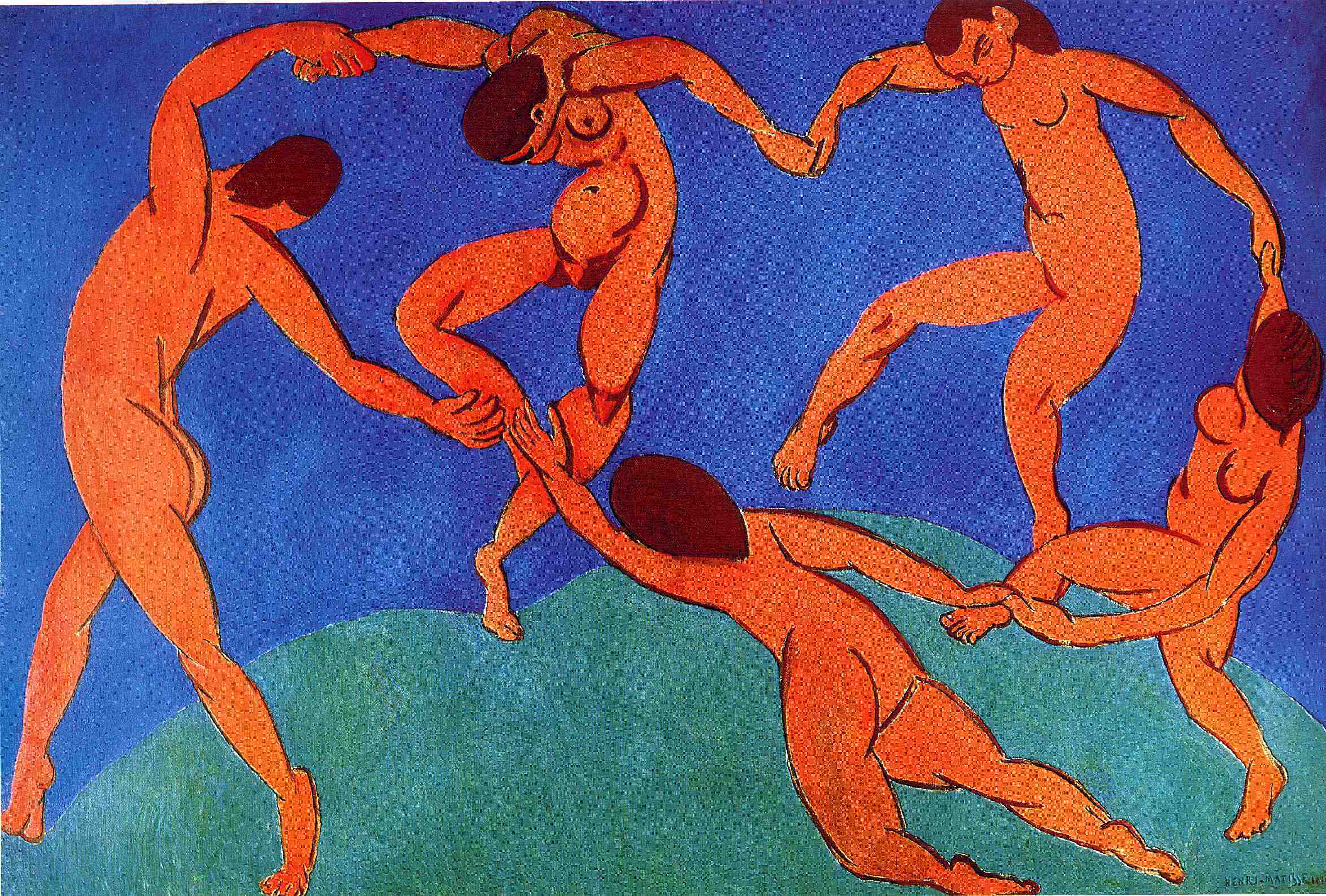 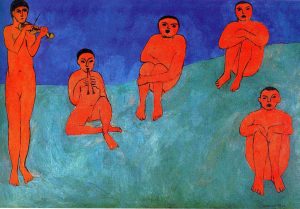 Some two years later, Matisse was still dreaming of his vision of dancers reviving Dance I and Dance II, pairing each in a still life with the floral elegance of nasturtiums.  Nasturtiums with Dance II was purchased by Shchukin and presently hangs in the Pushkin Museum of Fine Arts in Moscow, while Nasturtiums with Dance I once belonged to Oskar and Greta Moll and can be viewed today at the Metropolitan Museum of Art. 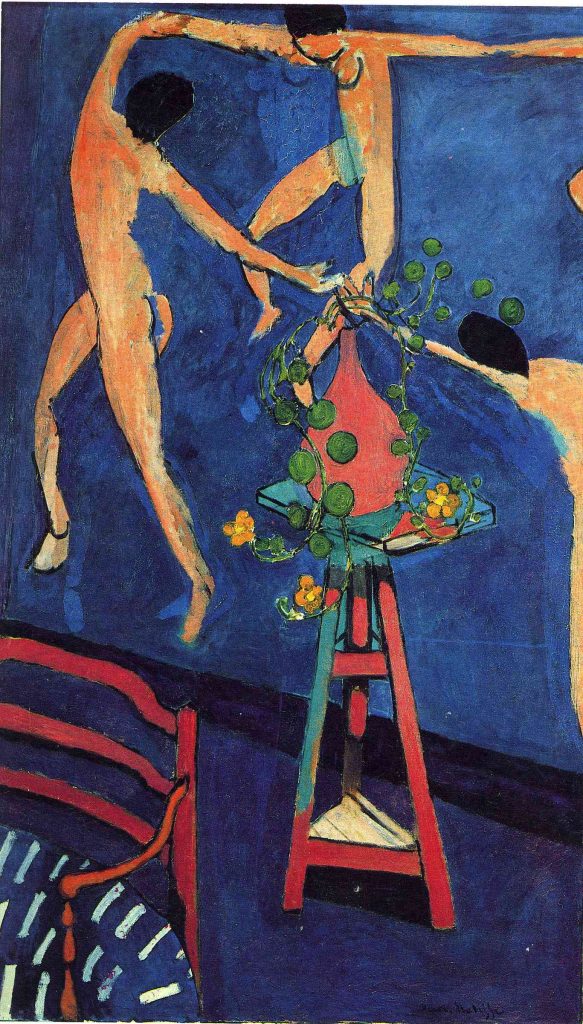 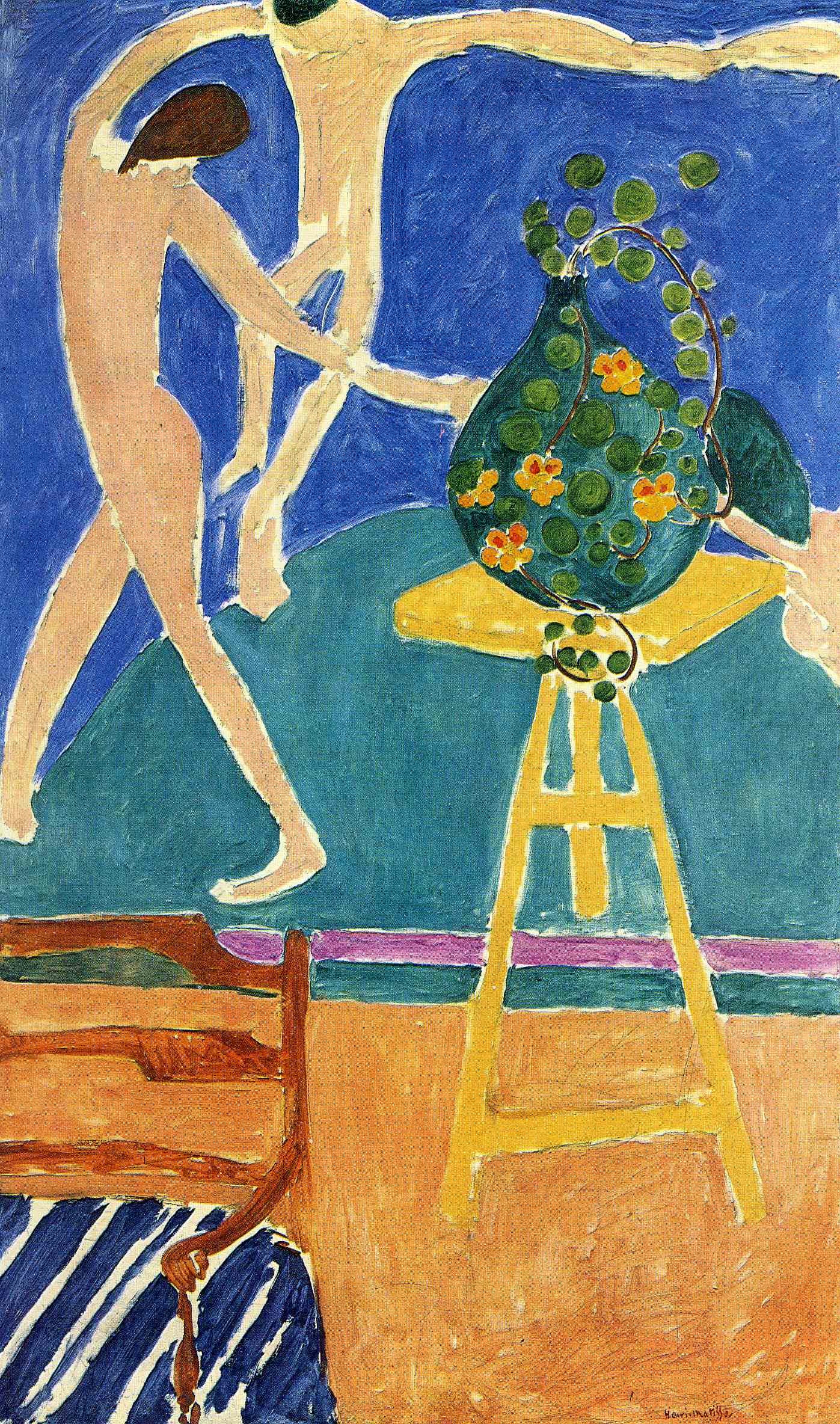 Henri Matisse, Nasturtiums with Dance I, 1912, oil on canvas, The Metropolitan Museum of Art, New York

Dance I is in the collection of the Museum of Modern Art in New York; Dance II and Music are currently in The Hermitage Museum, St. Petersburg.

Information on Dance II and its development is from Henri Matisse: A Retrospective, cagtalogue of exhibition by John Elderfield, published by the Museum of Modern Art, New York, 1992.