By Joan Hart on September 1, 2015 in Art Happenings

BE CERTAIN to click on the painting to ENLARGE it.

THE SIMPLEST THINGS IN THE WORLD

For very often I put myself in my pictures, and I am aware of what exists behind me.  I express the space and the objects in it as naturally as though I had only the sea and the sky in front of me: that is the simplest things in the world. 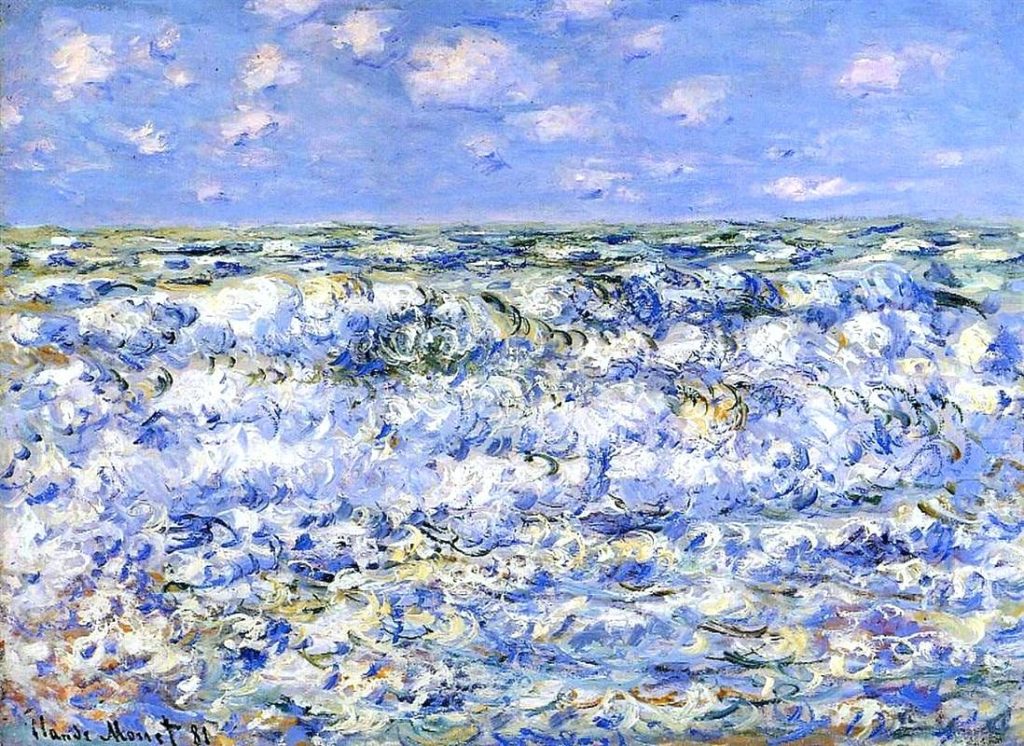 Claude Monet (1840-1926) and Henri Matisse (1869-1954) could be called the “super heroes” of modern art; key artists of the revolutionary movement that began primarily with the Impressionists in the latter half of  the 1800s and continued well into the twentieth century. Nature, though, was the foundation of their visions, particularly the infinite space of the sea and sky, evident in Monet’s Wave Breaking above, done in Normandy in 1881, as well Matisse’s depictions of the coast along the South of France.

*The quote is from The Shock of the New by Robert Hughes, published by Alfred A. Knopf, New York, 1981.

The image in this blog is used solely for educational purposes.

Take an Art Walk with Monet and rediscover your home environment with Matisse in Through an Artist’s Eyes: Learning to Live Creatively.