Click on the photographs and painting to ENLARGE or ENHANCE them.

This week, due I guess to the summer doldrums of August, has no real theme, from today’s The Palace by the Sea to Friday’s blog on Mt. Vesuvius.

Looking for a 70 room summer “cottage?”  Want to invest in a piece of ocean-front real estate?  The Breakers, built in 1895, is not presently for sale, but why not pretend that you’re a potential buyer courtesy of the Preservation Society of Newport County in Rhode Island.

I recently took a tour with my camera, although interior shots are prohibited (click on links at the end of the blog for some indoor photos including the two and a half story high Great Hall).  So here are mostly my impressions from around the grounds, where visitors like me currently have access to the once private backyard of America’s super-rich of the Gilded Age. 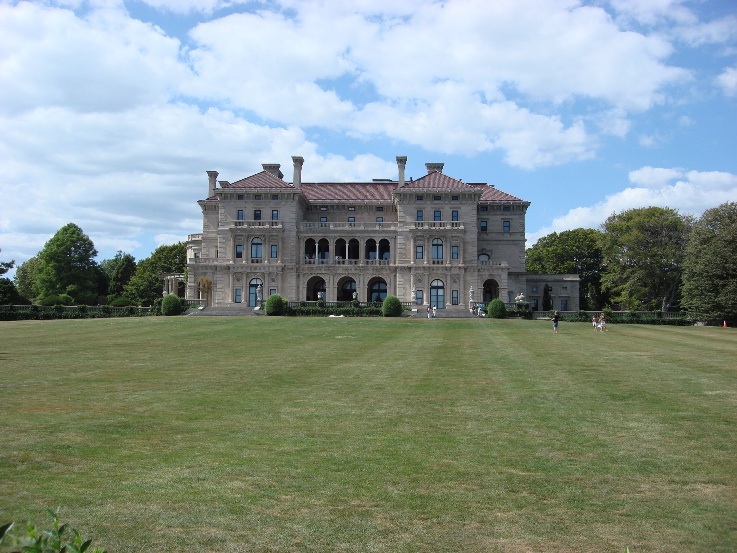 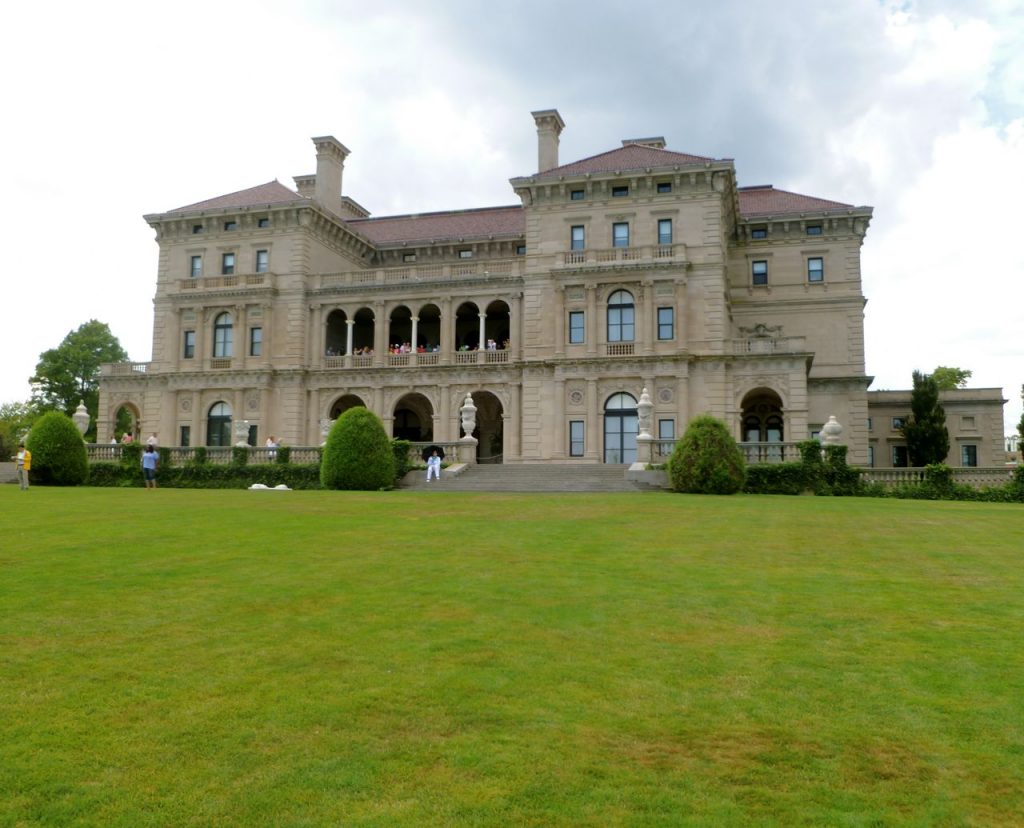 Cornelius and his wife Alice had a typical Victorian era clan of seven children, four of whom suffered tragic fates:  two dying prematurely, one disowned by his father, while another perished with the Titanic.  But youngest daughter Gladys (1886-1965), looking stylish in her John Singer Sargent portrait below, was more fortunate, marrying a Hungarian count in 1908. Then in 1935, she also inherited The Breakers from her mother, laying the foundation for its eventual opening to the public. 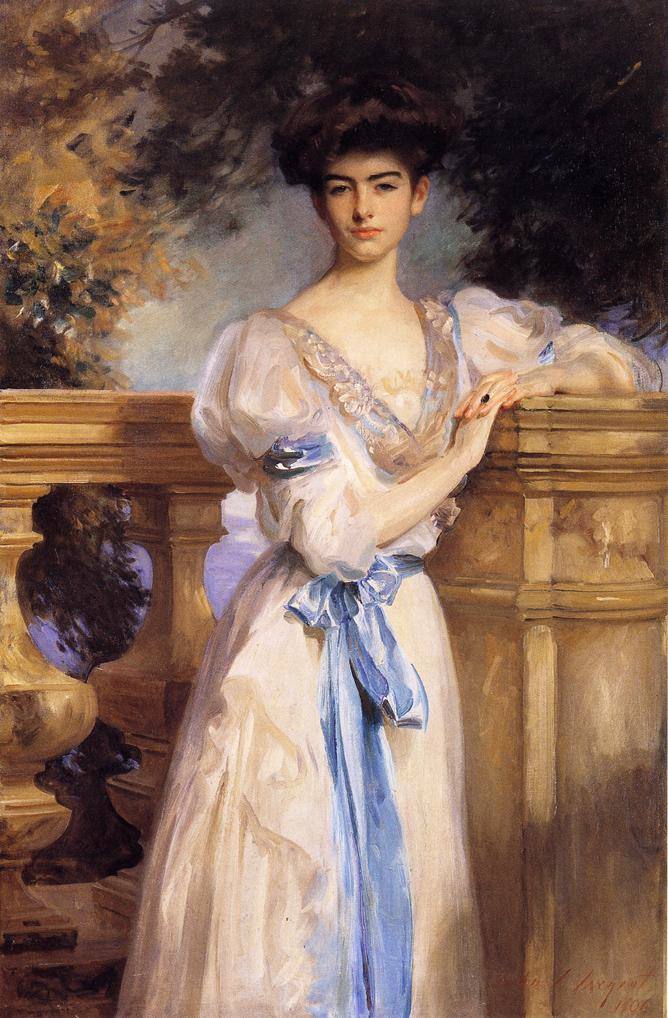 So that thousands of tourists a year can currently stroll around its manicured gardens, 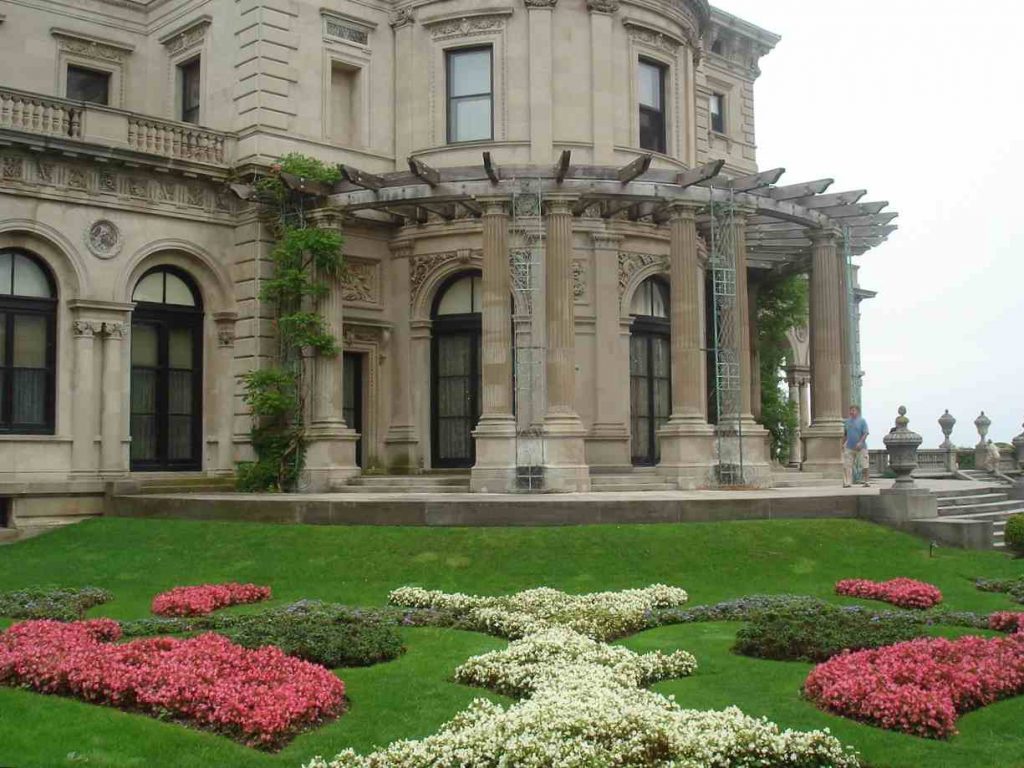 and temporarily imagine themselves in front of a Prince or Duke’s palatial residence in1600s Italy instead of 21st century Newport. 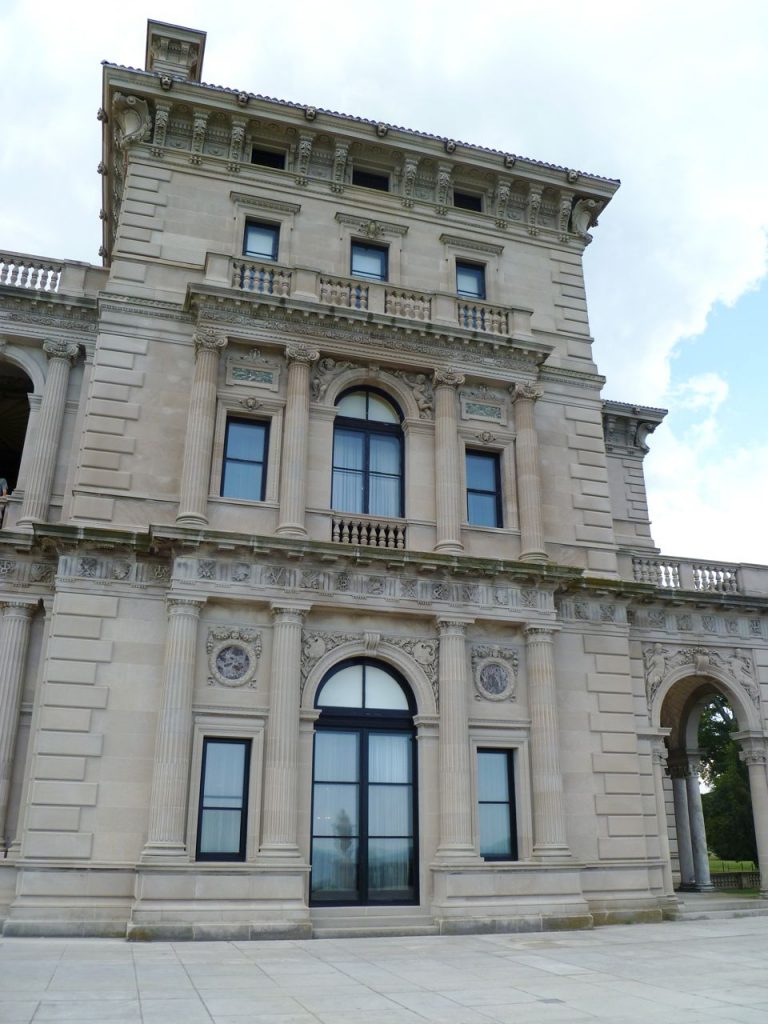 To be awed. too, by the  exquisitely rendered details of The Breakers’ facade, including the Classical motifs and marble inlays.

However, the view surpasses the grandeur and opulence of any billionaire’s mansion: 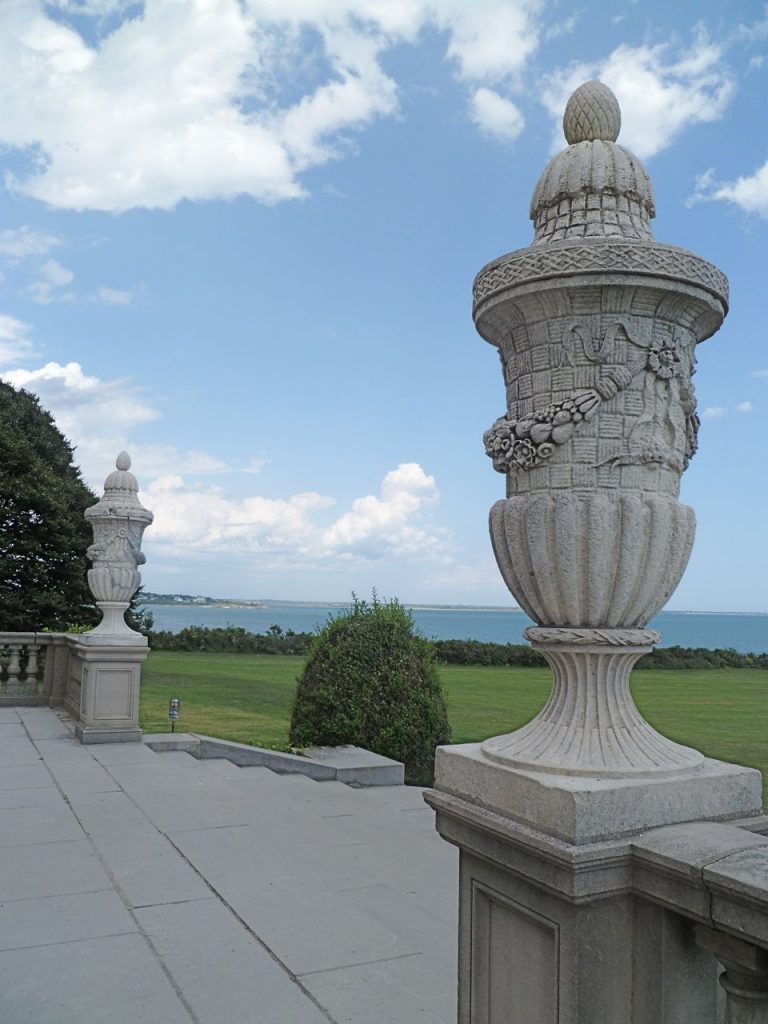 the Atlantic Ocean’s blue expanse extending just beyond the lawn, accented by a towering vista of clouds. 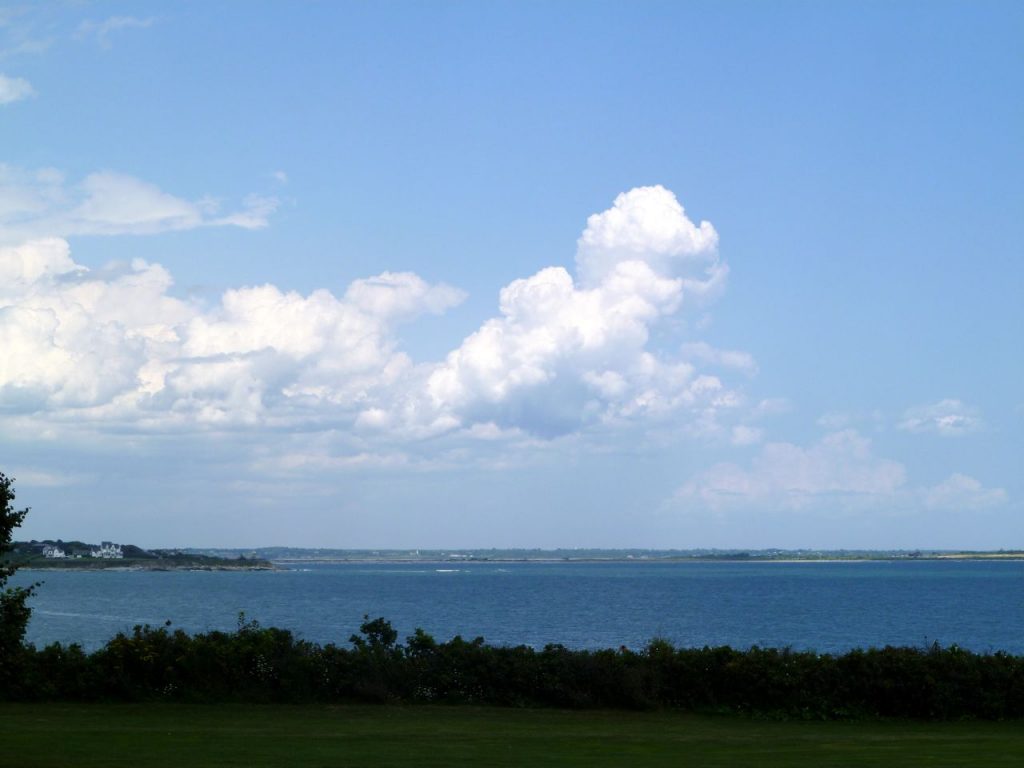 And the nearby Cliff Walk offers other dramatic perspectives,

of endless rows of breakers journeying toward the shore. 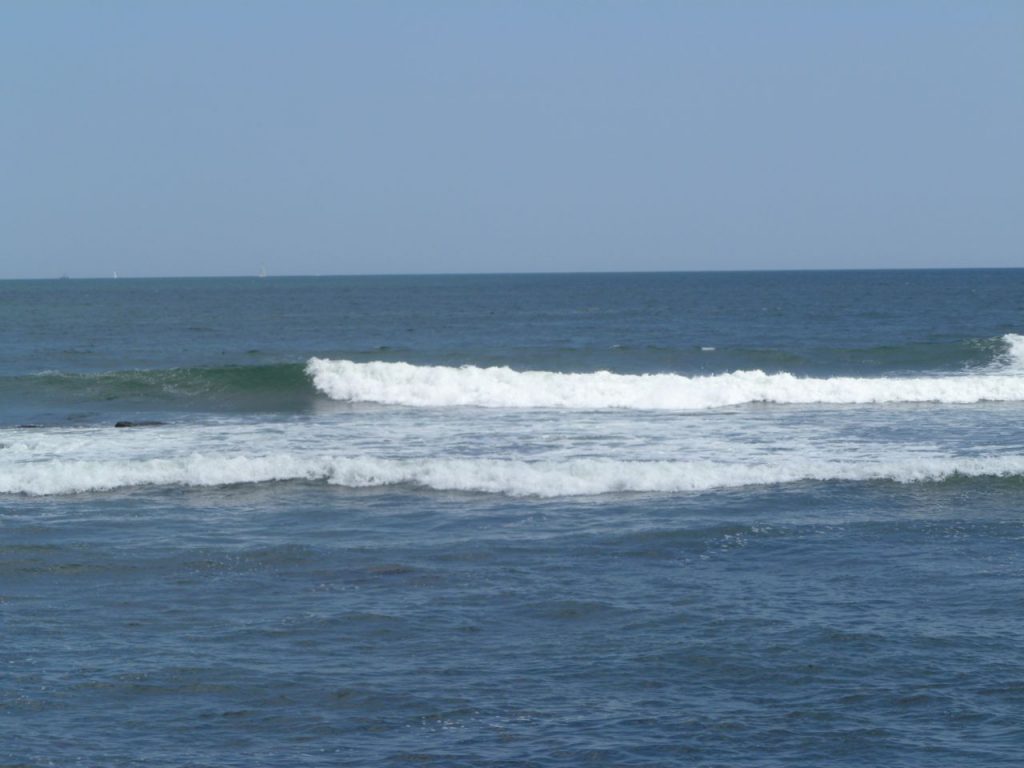 To see interiors of the Vanderbilt home:

Plus spend another afternoon with the Vanderbilts:

The information for this blog is mainly from the website of the Preservation Society of Newport County.

Discover a new artistic companion each day with Through an Artist’s Eyes: Learning to Live Creatively.