MANET, THE FIFER PLAYER, AND THE OPERA SINGER

Could opera star Jean-Baptiste Faure had foretold that The Fifer Player by Edouard Manet and numerous other works in his private collection, would someday hang in world class art museums such as the Musee D’Orsay in Paris? Probably not but Faure definitely had the courage to acquire paintings that had a history of controversy. Created in 1866 by Manet, the boy soldier from the local Imperial Guard, is still an unforgettable image, particularly the vibrant colors of his uniform contrasting sharply against the soft, muted background.

However, The Fifer Player was rejected by the Salon (the official French art exhibition held annually in Paris) and disparaged by critics.  For some 6 years, the canvas remained unsold, until art dealer Paul Durand-Ruel (see: Sunday’s blog) decided in 1872 to add it to his holidngs.  Then in 1873, Faure purchased The Fifer Player, selling it 2 decades later, back to Durand-Ruel, who in turn shortly found another buyer, Count Issac de Camondo.*  Sound complicated? 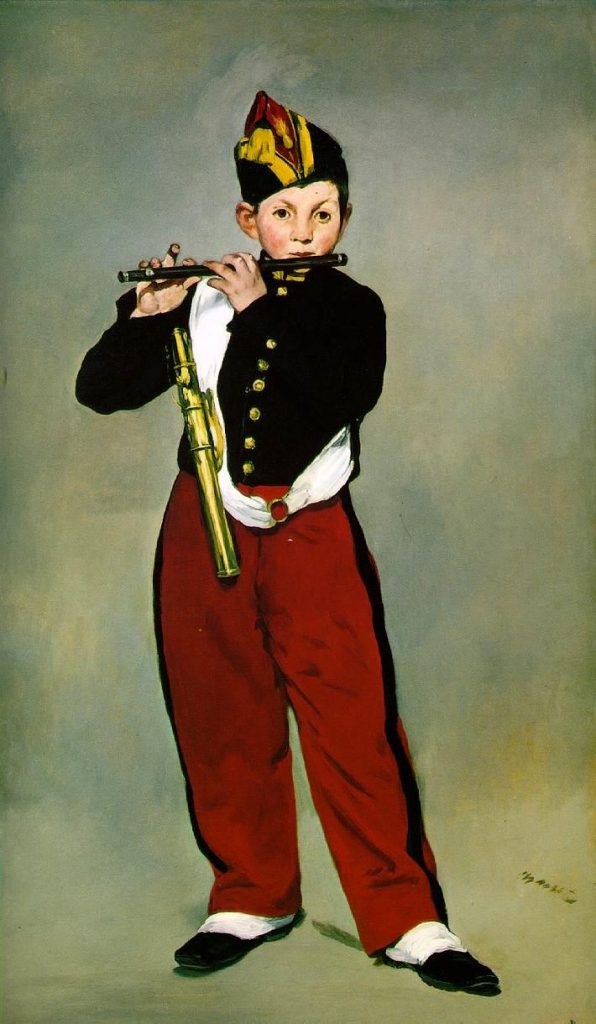 Edouard Manet (1832-1883) never officially belonged to the Impressionists, although he often associated with them.

*Count Camondo bequeathed The Fifer Player to the French government in 1911.

The main source for this blog is Impressionist Masterpieces and the Jeu de Paume, Paris by Genevieve Lacambre and other art historians, Thames and Hudson, London, 1984.

The above work of art is used solely for educational purposes.

Try a new way of seeing with Through an Artist’s Eyes: Learning to Live Creatively.