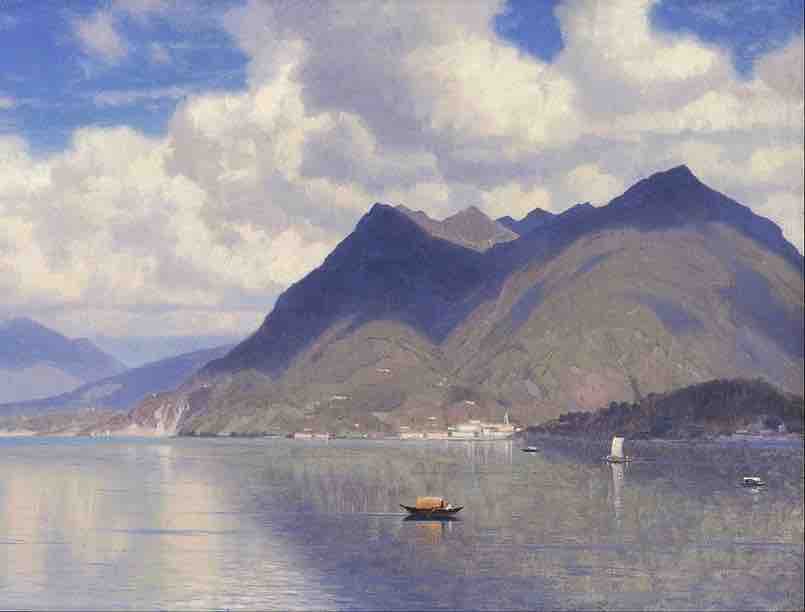 American painter William Stanley Haseltine (1835-1900) was nurtured artistically by the landscape tradition of the United States, often characterized by detailed, panoramic views,  However, he spent the latter part of his career mainly in Italy, also recreating the spaciousness and beauty of sites such as Lake Maggiore above. 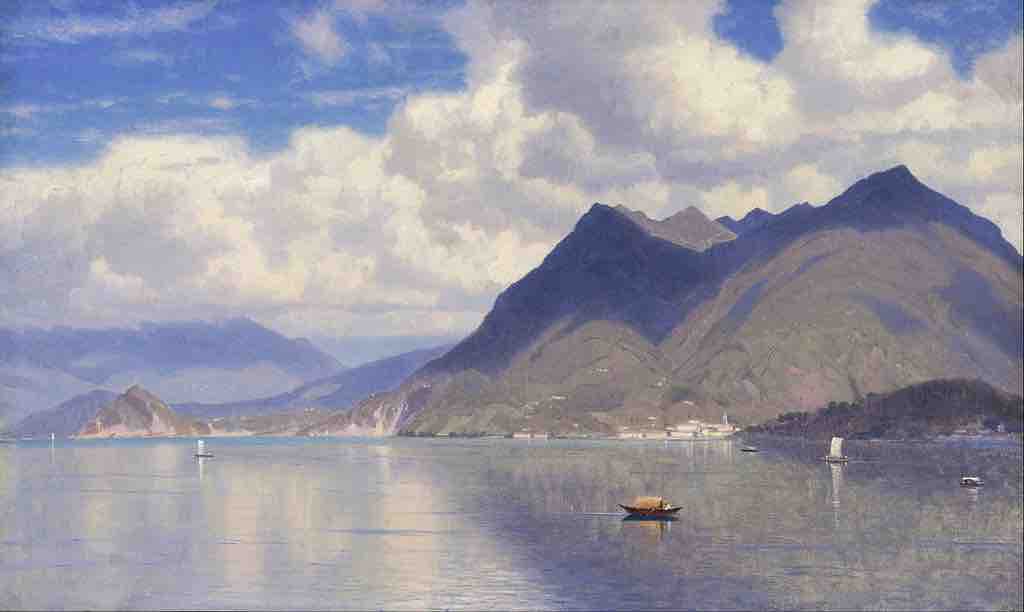