WOMAN WITH A LUTE

Thou art my lute, by thee I sing,—

My being is attuned to thee.

Thou settest all my words-a-wing,

And meltest me to melody. 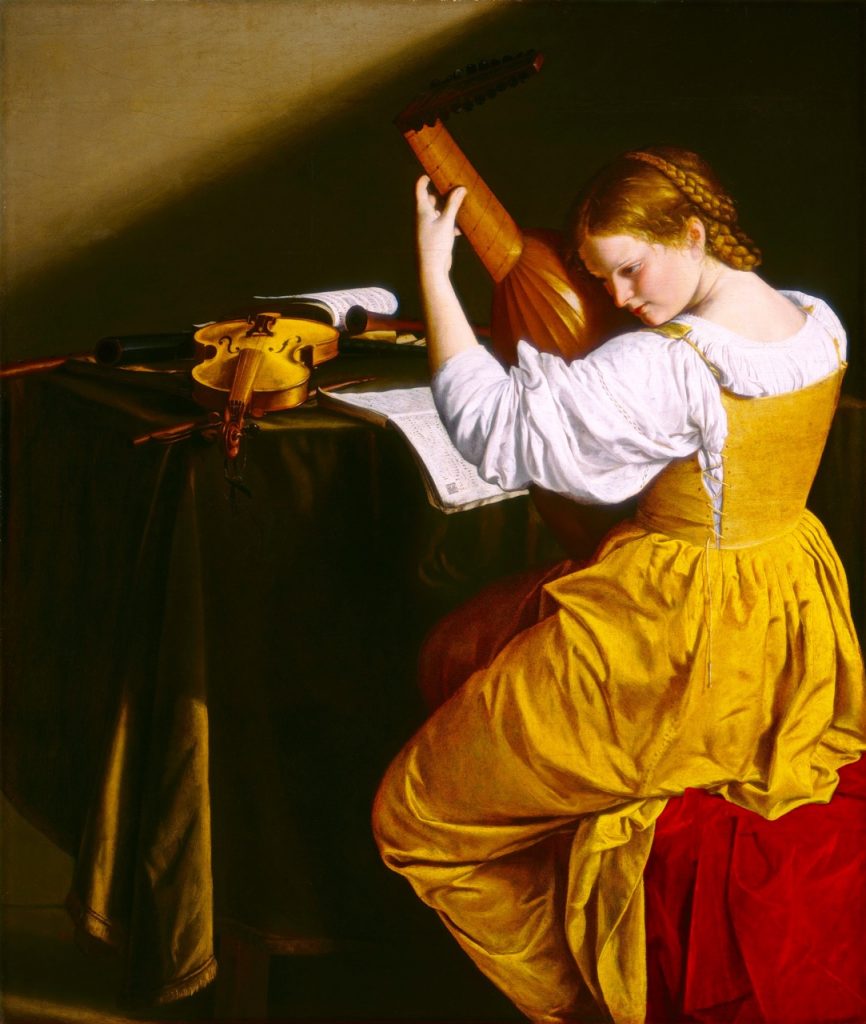 Italian Baroque painter Orazio Gentileschi (1563-1639) has recently been overshadowed by his artist daughter, whose life has been dramatized by author Susan Vreeland in The Passion of Artemisia.  Yet, his The Lute Player is a unforgettable work, in which the figure of the graceful performer and her golden dress are illuminated by the striking light typical of the period,  Also like a number of his painter contemporaries, Gentileschi often depicted the theme of music, highlighting other  instruments including the violin (which appears here) and the organ.

Paul Laurence Dunbar (1872-1906) is considered as one of the first major African American poets.  The son of former slaves, Dunbar eventually achieved fame with verses reflecting the Black experience such as Sympathy, that later influenced Maya Angelou and other writers.  However, he  also penned the more conventional Thou Art My Lute excerpted above which might have been created centuries before.

To view Artemisia Gentileschi’s interpretation of the same subject, click:

Monday at the Art Museum: Your Weekly Art Update

Expand your horizons with Through an Artist’s Eyes: Learning to Live Creatively.