Here’s another blog on romance in art, reposted from a couple of years ago.

THE NIGHT HAS A THOUSAND EYES

The night has a thousand eyes,

And the day hath one;

Yet the light of the bright world dies

With the dying sun.

The mind has a thousand eyes,

and the heart but one;

Yet the light of a whole life dies

When love is done. 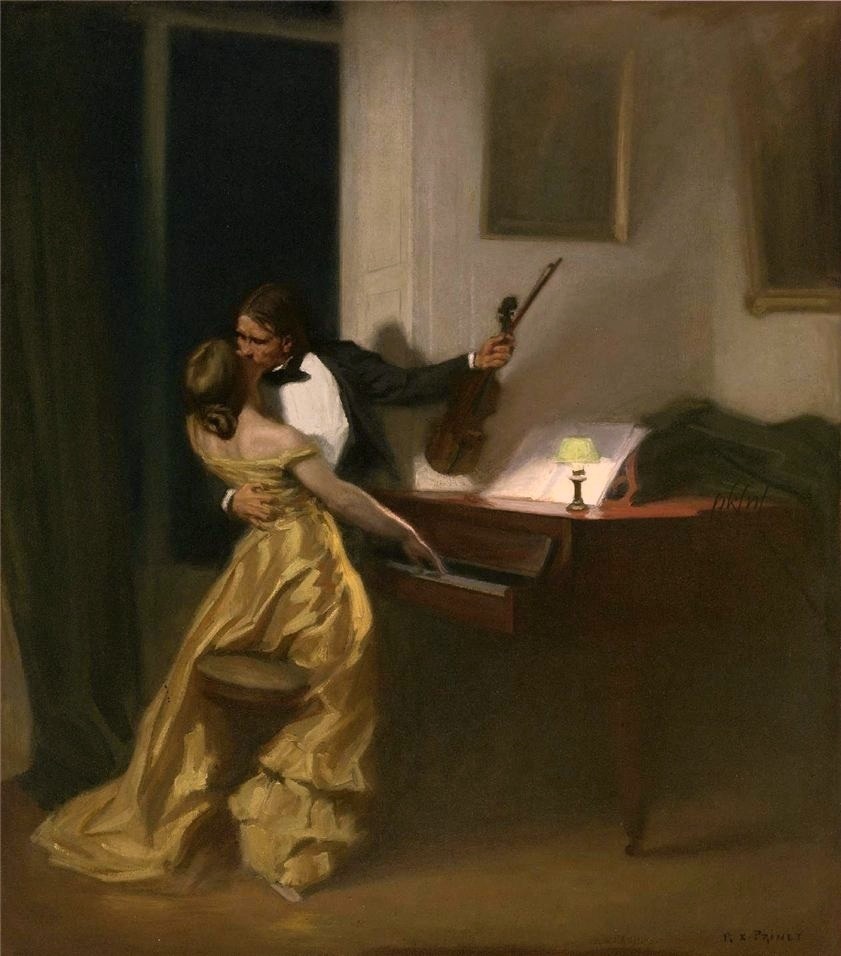 When French artist Rene Francois Xavier Prinet (1861-1946) created the painting above in 1901, he had no idea that it would someday be promoted as the longest kiss in advertising history. For The Kreutzer Sonata was originally based on a then x-rated novella of the same name by Leo Tolstoy, about the illicit affair between a violinist and his married student.

Prinet Illustrates the passionate embrace of the two lovers, the pivotal moment of the story. Soon after, the woman’s jealous husband kills her in a murderous rage. However, 40 years later in 1941, The Kreutzer Sonata became the marketing centerpiece for the perfume Tabu, the fabulous fragrance, featured in magazines and other publications for decades.

Prinet was a Parisian, tutored by Academic master Jean-Leon Gerome as well as a pupil of the L’Academie Julian. His works were exhibited regularly throughout his career, while he belonged to a number of prestigious art societies. The first owner of The Kreutzer Sonata was the Prince Regent of Bavaria, followed by other private collectors.

British poet Francis William Bourdillon (1852-1921) was also a translator. He published several books of poetry, but The Night Has a Thousand Eyes continues to be most popular with readers.

The above image is used solely for educational purpose.