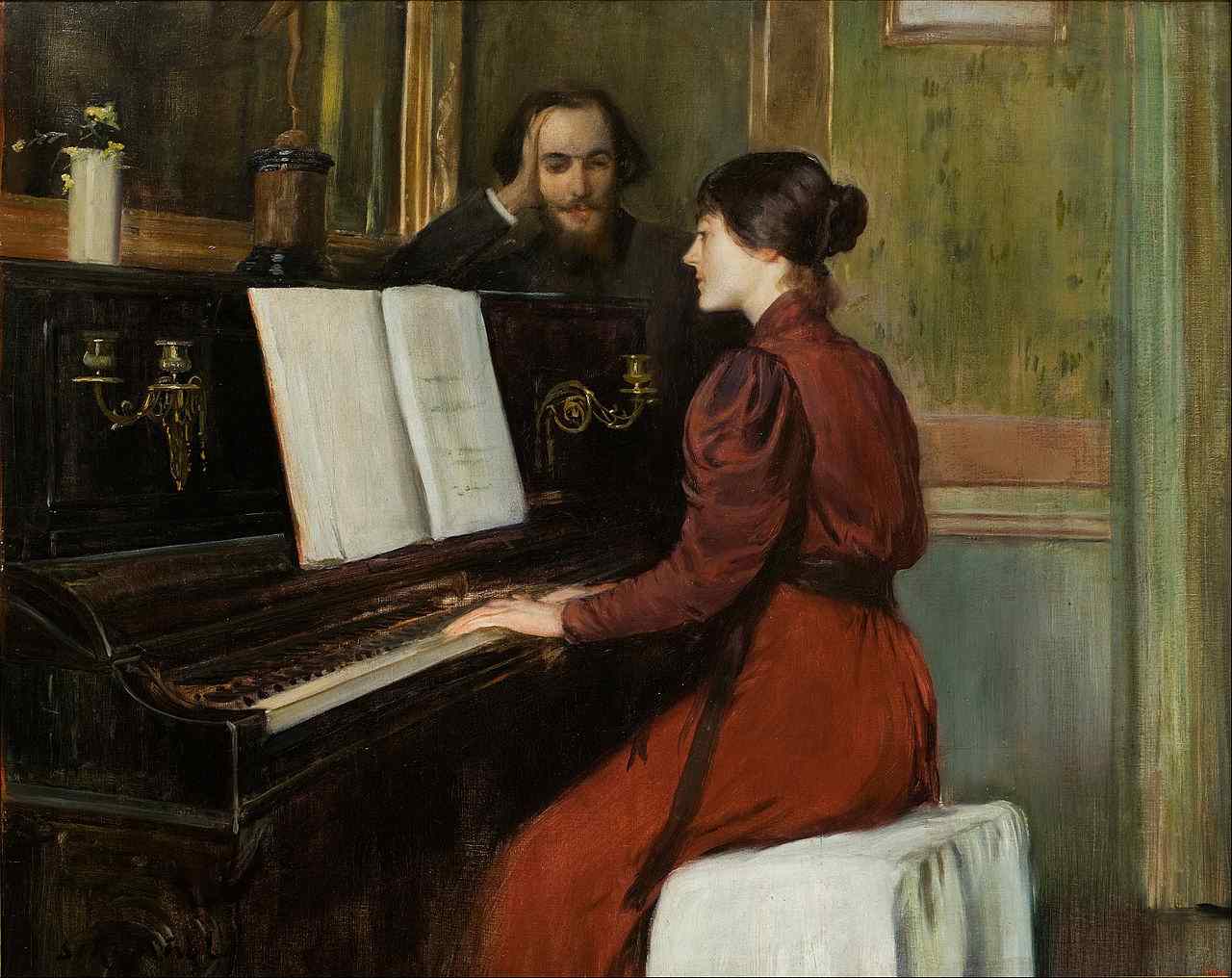 Does he actually hear a note that she’s playing? Mesmerized instead by the features of her face as she concentrates on the score before her? Then again, the music could truly move him, increasing his passion. While in contrast she remains cool, seemingly unfazed by her admirer. Perhaps still questioning the sincerity of his motives, wondering whether he is just another parlor Romeo.

Spanish painter Santiago Rusinol (1861-1931), the artist of A Romance above, spent several years in the creatively stimulating milieu of Montmartre where he became friends with Toulouse-Lautrec and other French artists. However, like his younger compatriot Picasso who also benefited from the cultural climate of Paris at the end of the 1800s, he maintained ties with Barcelona, then the avant garde art capital of Spain.

Background on Rusinol is from Toulouse Lautrec and Montmartre by Richard Thomson and other authors (catalogue of exhibition), published by National Gallery of Art in association with Princeton University Press, Washington D.C. and Princeton, NJ, 2005.

And discover a love for art and life in Through an Artist’s Eyes: Learning to Live Creatively!