Click on the second work of art to ENLARGE it.

The paintings of Lois Maiou Jones (1905-1998), My Mother’s Hats and Ubi Girl from Tai Region below, demonstrate the diversity of her subjects and styles.   Originally from Boston, Jones mainly divided her time between Washington, D.C., Martha’s Vineyard, France, and Haiti (the homeland of her husband artist Louis Vergniaud Pierre-Noel). 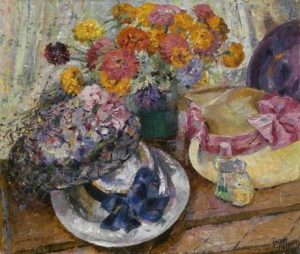 However, it was Africa that probably had the most profound impact on her creative spirit, especially after a 1971 trip to fourteen countries on the continent including Nigeria where, according to Jones,

I became so interested and fascinated by this girl from the Tai Region in Nigeria. She was wearing the painted design on her face for a special ceremony.  There was something about the deep look in her eyes that impressed me as being symbolic of Africa—so much so that I combined in that painting two masks from Zaire and also the profile of a huge fetish from the Ivory Coast, which seemed to give me an over-all feeling of what I consider Africa.* 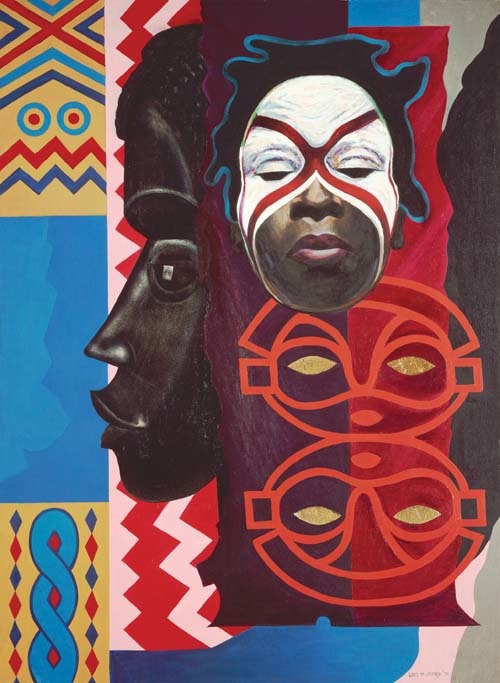 And currently Jones is being honored with a retrospective exhibition at the Museum of Fine Arts in Boston. Just click on the following link:

The quote above is from A History of African-American Artists, From 1792 to the Present by Romare Bearden and Harry Henderson, Pantheon Books, New York, 1993.