Click on the works of art to enlarge and enhance them.

Approximately 600 drawings by Leonardo da Vinci (1452-1519) have survived, many of them compelling works of art, found today in art museums and libraries such as the British Museum, the Uffizi Gallery, the Louvre, and the Royal Collection, Windsor Castle.  The artist was also a prolific writer, filling hundreds of pages with his thoughts and observations.

In the following blog, I’ve utilized several of Leonardo’s drawings  to illustrate a passage he titled The Painter is Lord of All Types of People and Things.

If the painter wishes to see beauties that charm him it lies in his power to create them, 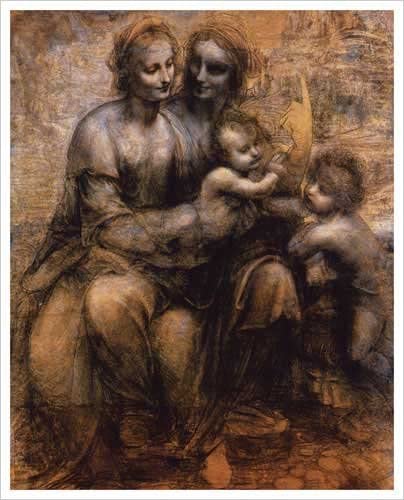 and if he wishes to see monstrosities that are frightful, buffonish, or ridiculous, or pitiable, he can be lord and God thereof: 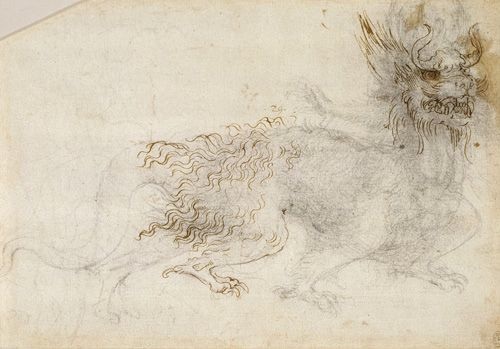 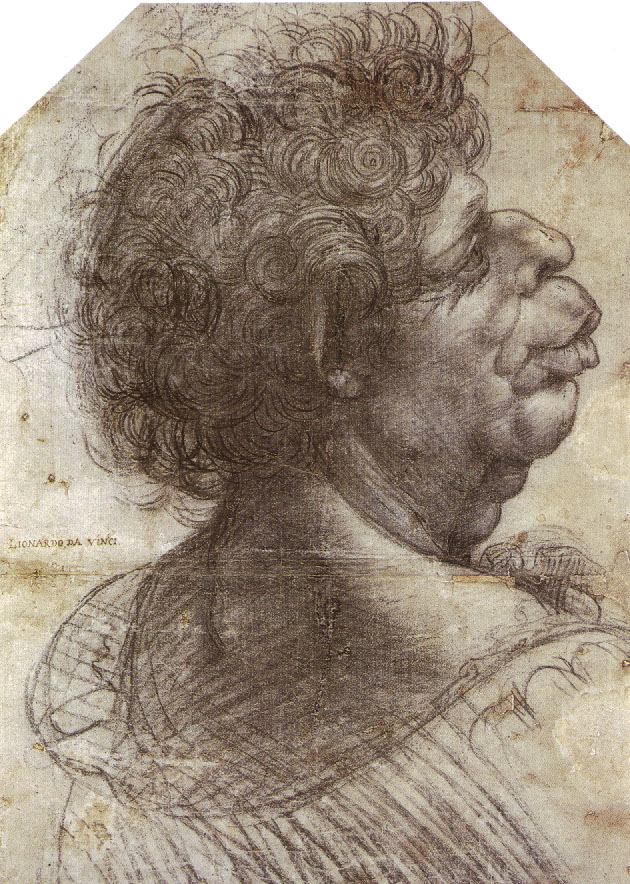 and if he wishes to produce inhabited regions or deserts, or dark and shady retreats from the heat, or warm places for cold weather, he can do so. 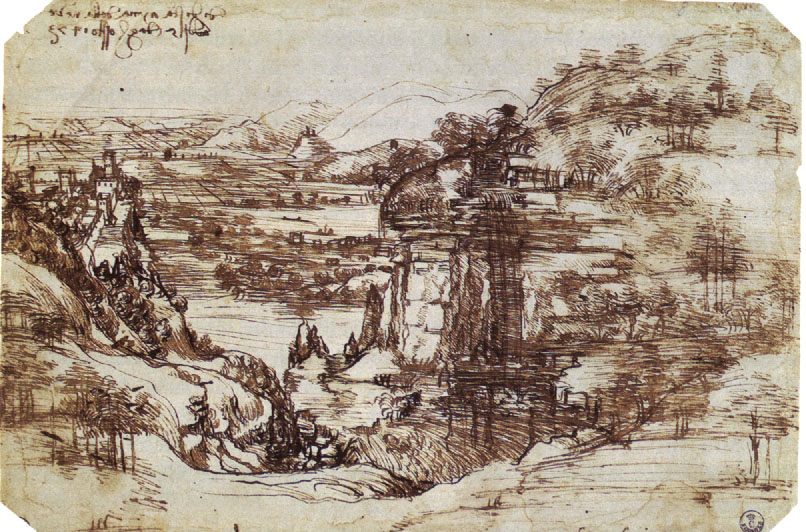 If he wants valleys likewise, if he wants from high mountain tops to unfold a great plain extending down to the seas’s horizon, he is lord to do so;

and likewise from low plains he wishes to see high mountains……..*

*Excerpt from Inventing Leonardo by A. Richard Turner, University of California, Berkeley, CA, 1992/93.