Click on the work of art to enhance it.

A single figure by him is a perfect harmony of line and effect….*. 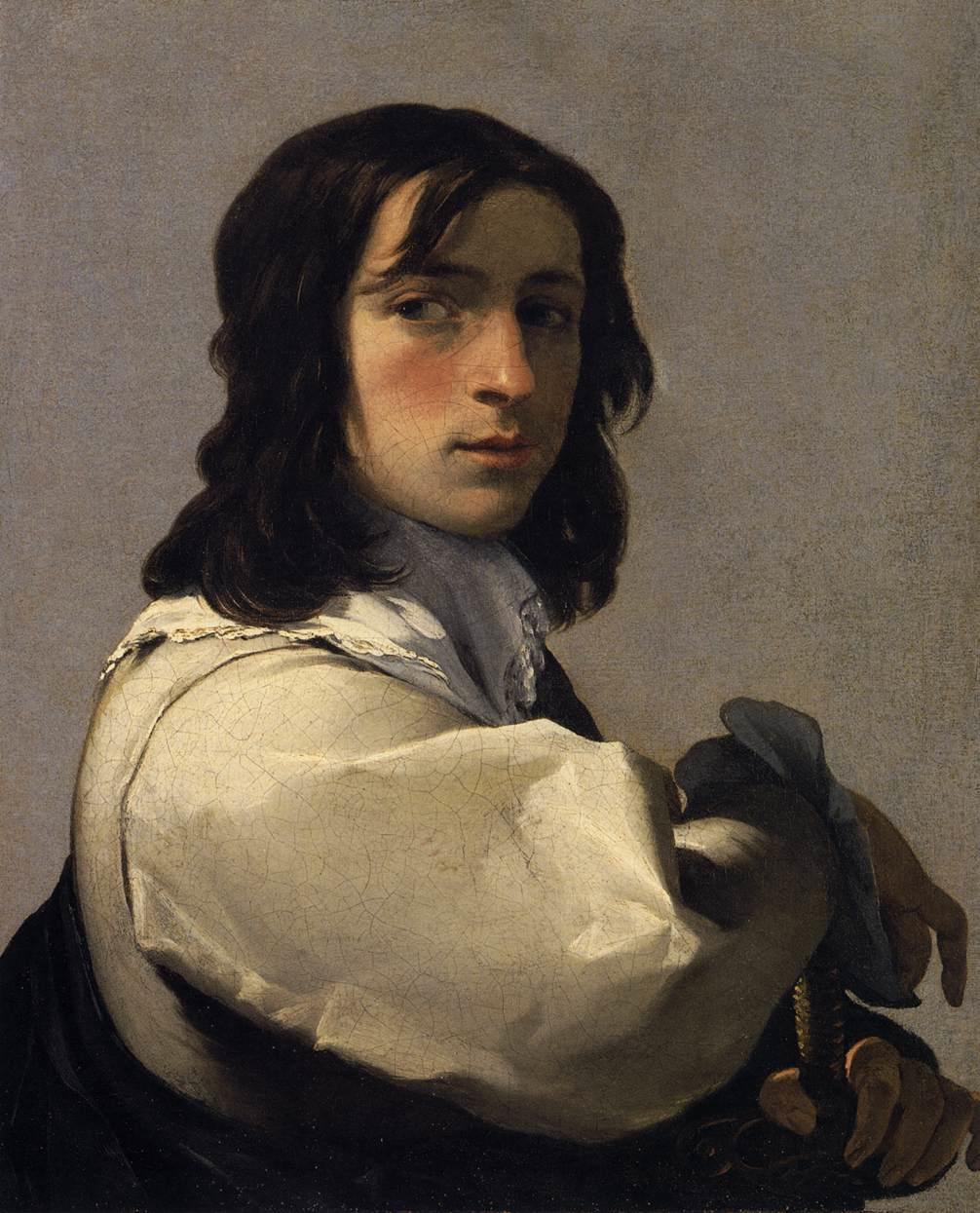 In the quote above, Eugene Delacroix, one of the most influential artists of nineteenth century France, is referring to the genius of  Eustache Le Sueur (1616-1655), who lived some 200 years before. I’m not certain of the artistic stature of Le Sueur in the 1800s when Delacroix was active, but currently background on him is scarce.

So, I can only guess about the identity of the handsome young man in this portrait by Le Sueur, done during the era of The Three Musketeers. Is he of noble birth ? Or at least a gentleman, discreetly holding onto his sword, His expression both confident and alluring, inviting the constant admiration of the opposite sex.  Even his hair, though slightly disheveled, somehow adds to his attractiveness.

Le Sueur himself had a short life, dying before his 40th birthday. He is categorized as a French Baroque painter, along with Nicolas Poussin, Claude Lorrain, and his teacher Simon Vouet. Vouet, in fact, has sometimes been credited with creating Portrait of a Young Man.

*Quote of Eugene Delacroix (1798-1863) is from the J. Paul Getty Museum website which also provides a short biography of Le Sueur.

Van Gogh on Delacroix—The Valiant One