A MEMORY OF INDIAN SUMMER

It is only here in large portions of Canada that wondrous second wind, the Indian summer, attains its amplitude and heavenly perfection,—-the temperatures; the sunny haze; the mellow, rich delicate, almost flavored air….. 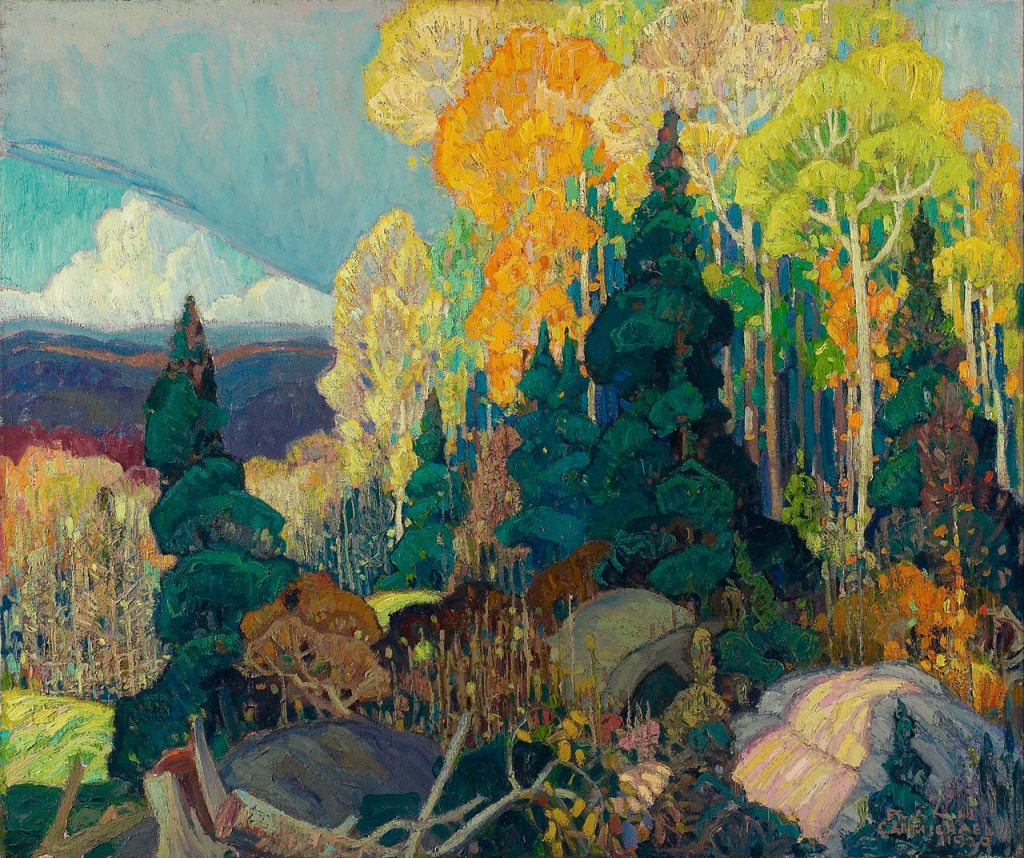 I couldn’t resist this spectacular tribute to the season, Autumn Hillside,  by Canadian artist Franklin Carmichael (1890-1945), with its extradorinaiy range of  colors.  Carmichael belonged to the Group of Seven, notable for their remarkable landscapes expressing a deep love of the natural environment.

Walt Whitman (1819-1892) revolutionized American verse in the nineteenth century, capturing the spirit and mood of a nation experiencing monumental changes, from the division of the Civil War to the rise of industrialization.  He is still most famous for the epic Leaves of Grass, a collection of individual poems which Whitman revised and republished during his career.