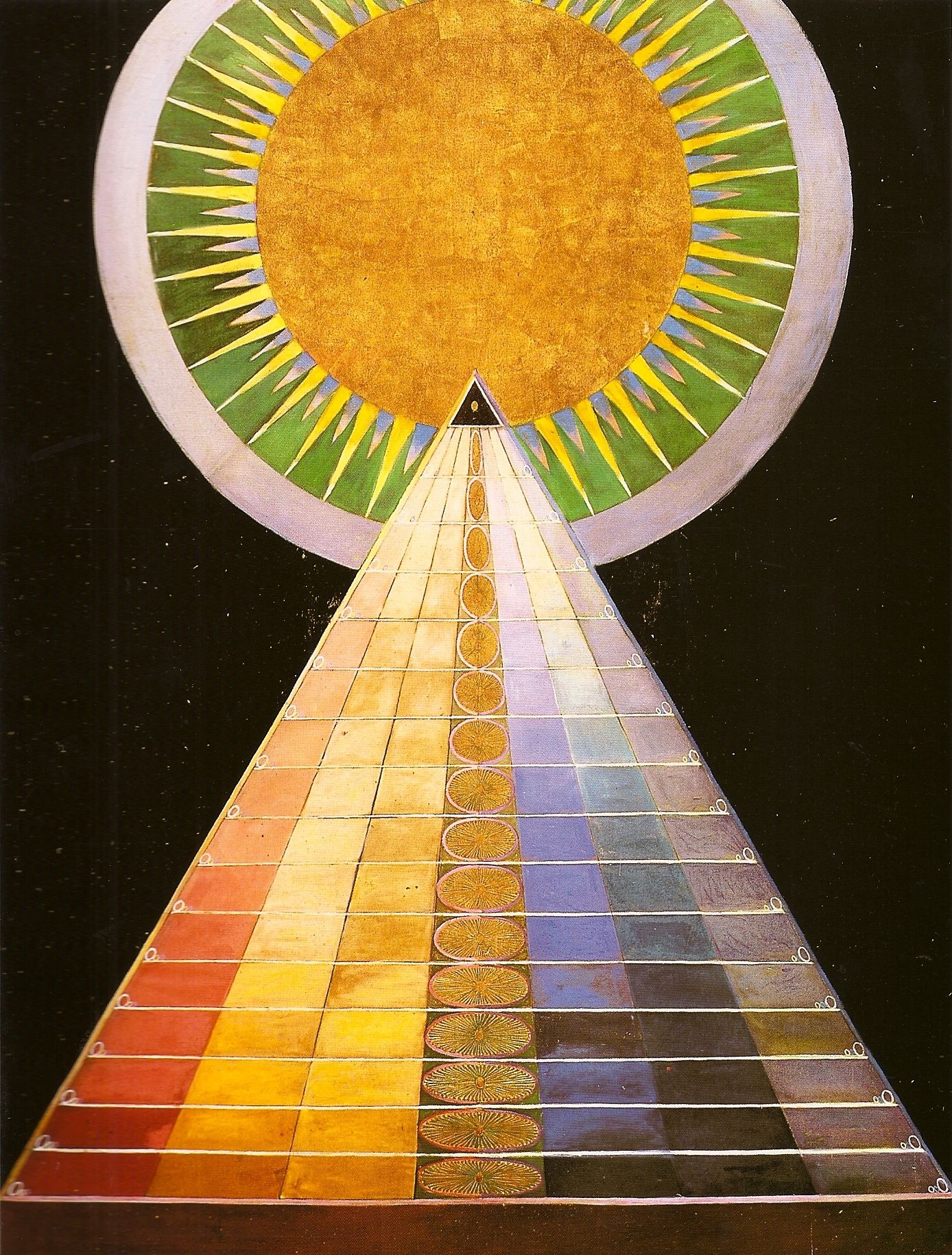 Do you believe in seances?  Or that an artist can be inspired by her “spiritual guides” to create a succession of abstract compositions like Untitled #1 (part of Altar Paintings series).  Just over a century ago, Swedish painter Hilma af Klint (1862-1944) utilized her experience as a medium to express visual images she believed were transmitted to her from another psychic and mystical realm.

Af Klint’s works have not been widely known outside her own country, although recent exhibitions in France and Germany demonstrate a growing awareness and acknowledgement of her visions.