A FANTASY OF FEMINISM

Others such as Kate Bunce belonged to the so-called second and third generation of Pre-Raphaelites, which drew inspiration from the fantasies of feminism created by Dante Gabriel Rossetti or the visual lyricism of Edward Burne-Jones.* 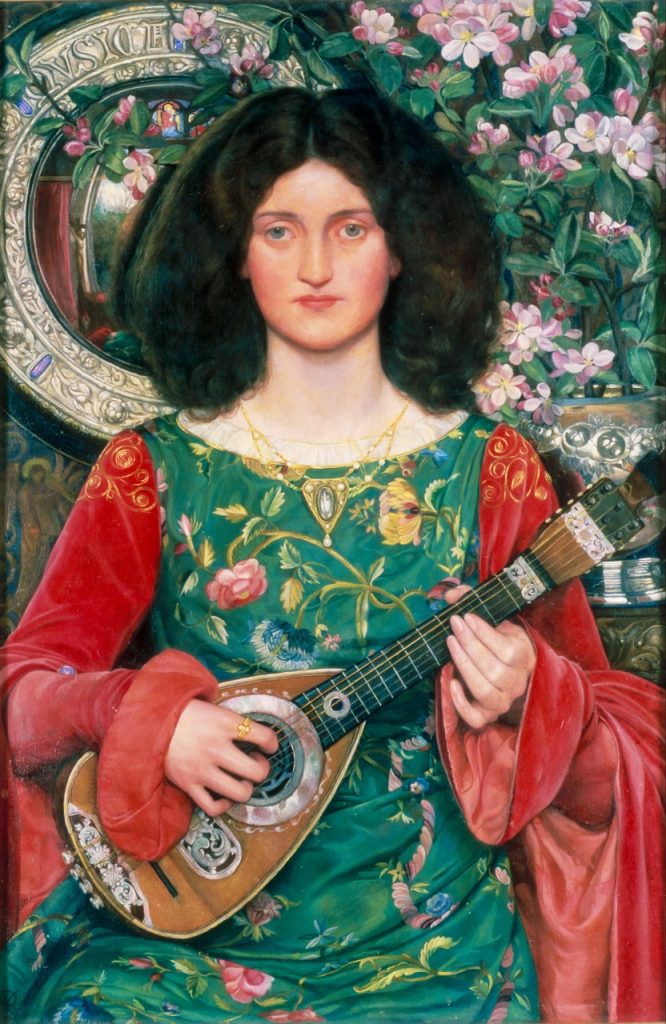 I had never heard of Kate Bunce (1856-1927) until I saw the haunting Melody (Music) above on the cover of a book about Pre-Raphaelite female painters. Few details of Bunce’s life and career are available; she did study and work primarily in Birmingham, England, where she excelled in creating portraits of women influenced by the Medieval and Renaissance periods as well as church panels.