In part III, the search continues into the realm of abstraction…..

The more abstract is the form, the more clear and direct its appeal….the more an artist uses these abstracted forms, the deeper and more confidently will he advance into the kingdom of the abstract.  And after him will follow the gazer at his pictures, who also will have gradually acquired a greater familiarity with the language of that kingdom. 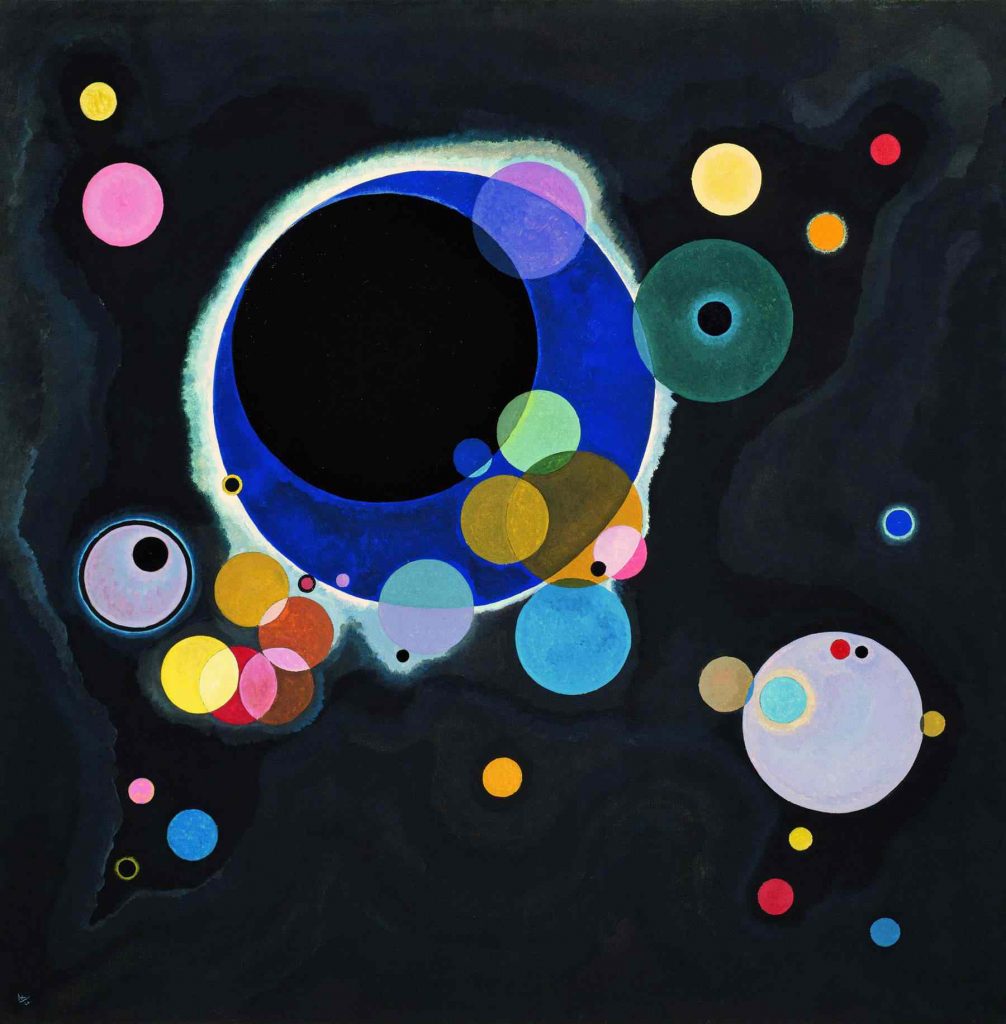 In 1912, Wassily Kandinsky’s Concerning the Spiritual in Art was published, expanding as well as transforming the possibilities of artists’ visual expressions, from Georgia O’Keeffe to Jackson Pollock to 21st century painters.  Born in Moscow in 1866, Kandinsky initially trained to be a lawyer, but at 30 abandoned the legal profession for an artistic career.  Instrumental in furthering the Der Blaue Reiter movement and the Bauhaus school, Kandinsky’s life was disrupted by the turmoil of two world wars, dying in 1944 in France.

Does Several Circles remind you of a voyage into outer space?

The painting is in the U.S. public domain.