INSIDE A RUSSIAN FAIRY TALE

BEFORE THE MAGICAL CITY

To create a work of art is to create the world. 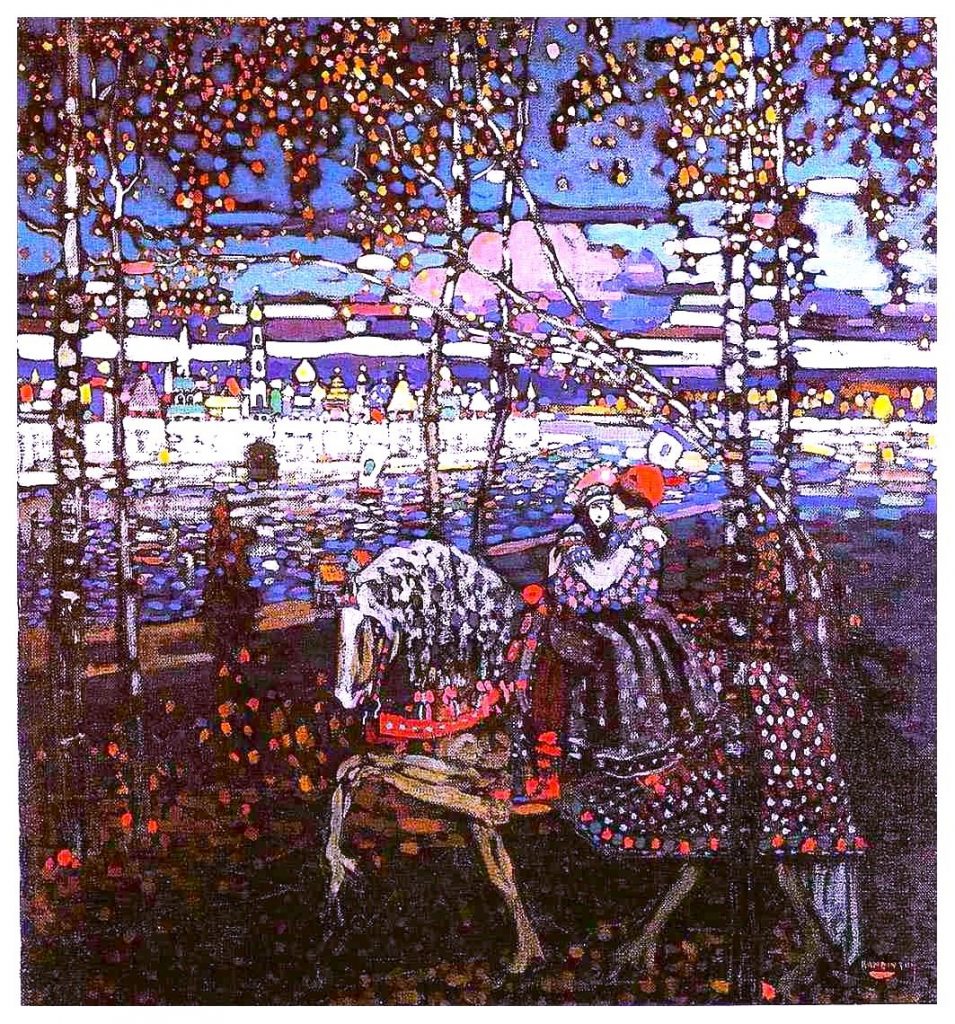 Wassily Kandinsky (1866-1944) shocked his contemporaries with his then radical abstract works, done in the beginning of the 20th century.  However, earlier in his career, he created a series of paintings as well as woodcuts inspired by Russian folk art and  peasant culture.