THE ART OF FIREWORKS! 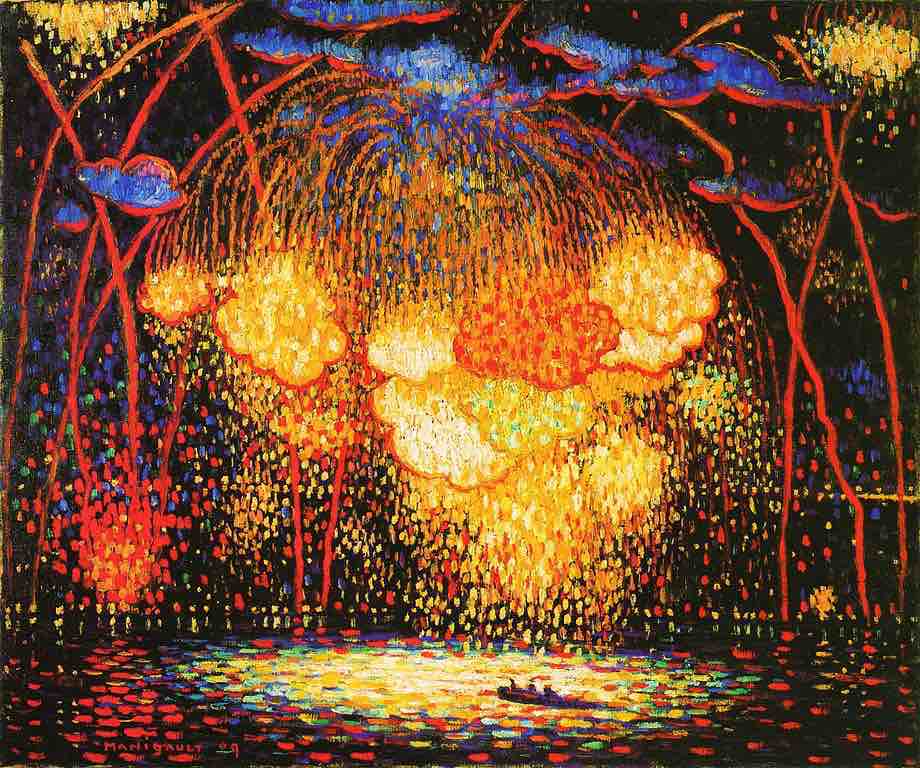 Many ways to say goodnight.

Fireworks at a pier on Fourth of July

spell it with red wheels and yellow spokes.

They fizz in the air, touch the water and quit.

Rockets make a trajectory of gold-and-blue and then go out.

Fireworks have been an important symbol of the Fourth of July in the United States. The Rocket by early 20th century American artist Edward Middleton Manigault (1887-1922), with its unforgettable multi-colored brushstrokes shimmering against a black night sky, complements the interpretation of a similar pyrotechnic display by fellow countryman poet Carl Sandburg (1878-1967).