FOR THE LOVE OF JOSEPHINE–AN EXHIBITION

What do we really know about Marie-Joseph Rose de Beauharnais Bonaparte, or Josephine, Empress of France? How did she capture the heart of Napoleon, the most famous (or infamous) man of his day?  Who, in spite of divorcing her to marry into royalty, deeply mourned his former wife’s death in 1814.  The exhibition simply titled  Josephine, currently at the Musee du Luxembourg in Paris, provides some clues, bringing together numerous examples of of her lavish lifestyle: her portraits, clothing, jewelry, furnishings, even her tableware from several museums such as  the Louvre, Victoria and Albert Museum, and Malmaison, once her home.

French portraitist Francois Gerard depicted her on several occasions.  In his Portrait of Josephine of 1801, she was already in her late thirties, the spouse of then First Consul Bonaparte.  Her grace and charm are evident, enhanced by the flowing line of her empire gown.  However, did Gerard, who was regularly employed to paint the power couple’s family as well, manage to reveal the personal magnetism of the woman? 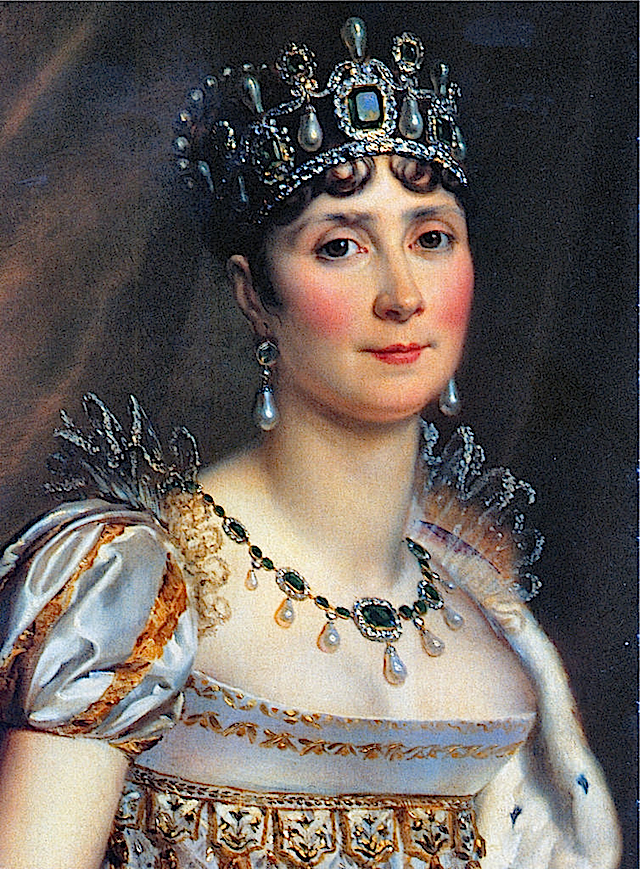 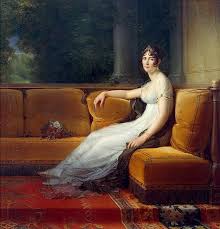 Born on the Caribbean island of Martinique in 1763 to a French planter, Josephine moved to Paris at 16 to wed aristocrat Alexandre Beauharnais. By the time she met rising major general Napoleon Bonaparte, she had been widowed during the French Revoltuion, barely escaping the guilotine herself.  Six years her junior, Napoleon, as Josephine once confided to a friend, does not love me, he adores me!

In 1796 they married. Two days after, Napoleon, commander of the French army,  left to invade Italy. Yet, the dashing warrior—-as depicted by artist Antoine-Jean Gros rallying his men to victory in Bonaparte at the Pont d’Arcole—was sending lovesick letters to Josephine.

You are naughty and unfaithful; very undutiful, as well as thoughtless… (September, 1796) 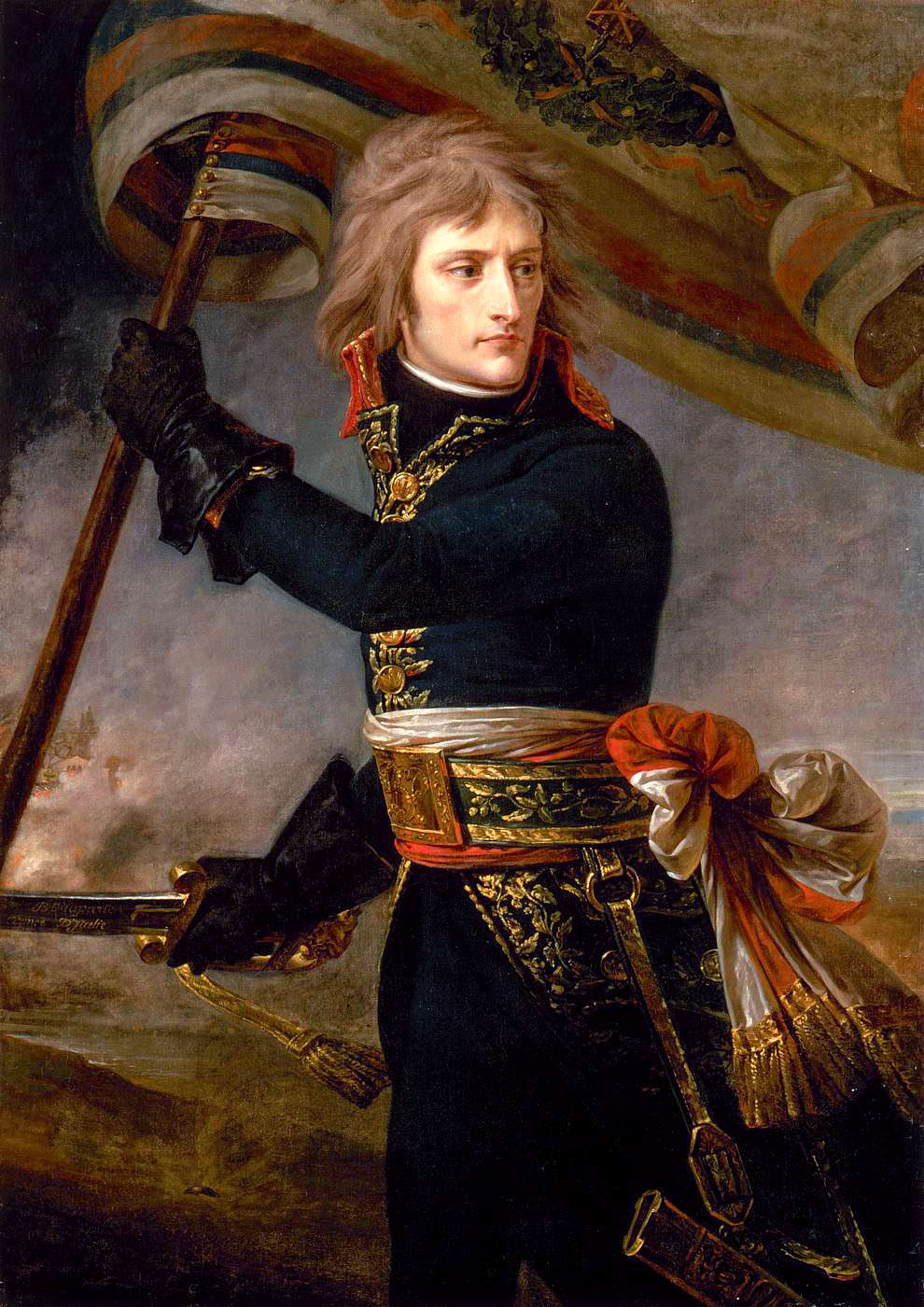 Antoine-Jean Gros, Bonaparte at the Bridge of Arcole, 1796, detail, oil on canvas, Palace of Versailles, France

Napoleon finally realized that Josephine was cheating on him with lover Hippolyte Charles.  He did forgive her, but felt free to begin extramarital relationships with a long list of mistresses including actresses, opera singers, officers’ wives and even a Polish countess.

Although Josephine would still become his empress on December 2, 1804 as depicted in this detail of The Coronation of Napoleon by Jacques-Louis David, one of the masters of the Neoclassical period of art.  The massive canvas is a combination of political propaganda and hollywood extravaganza.  Focusing on the moment when the former Corsican soldier is about to crown the planter’s daughter, with a cast of Napoleon’s siblings as princes and princesses, dukes and duchesses. While the pope watches passively behind the self-proclaimed emperor, relegated to the role of mere spectator. 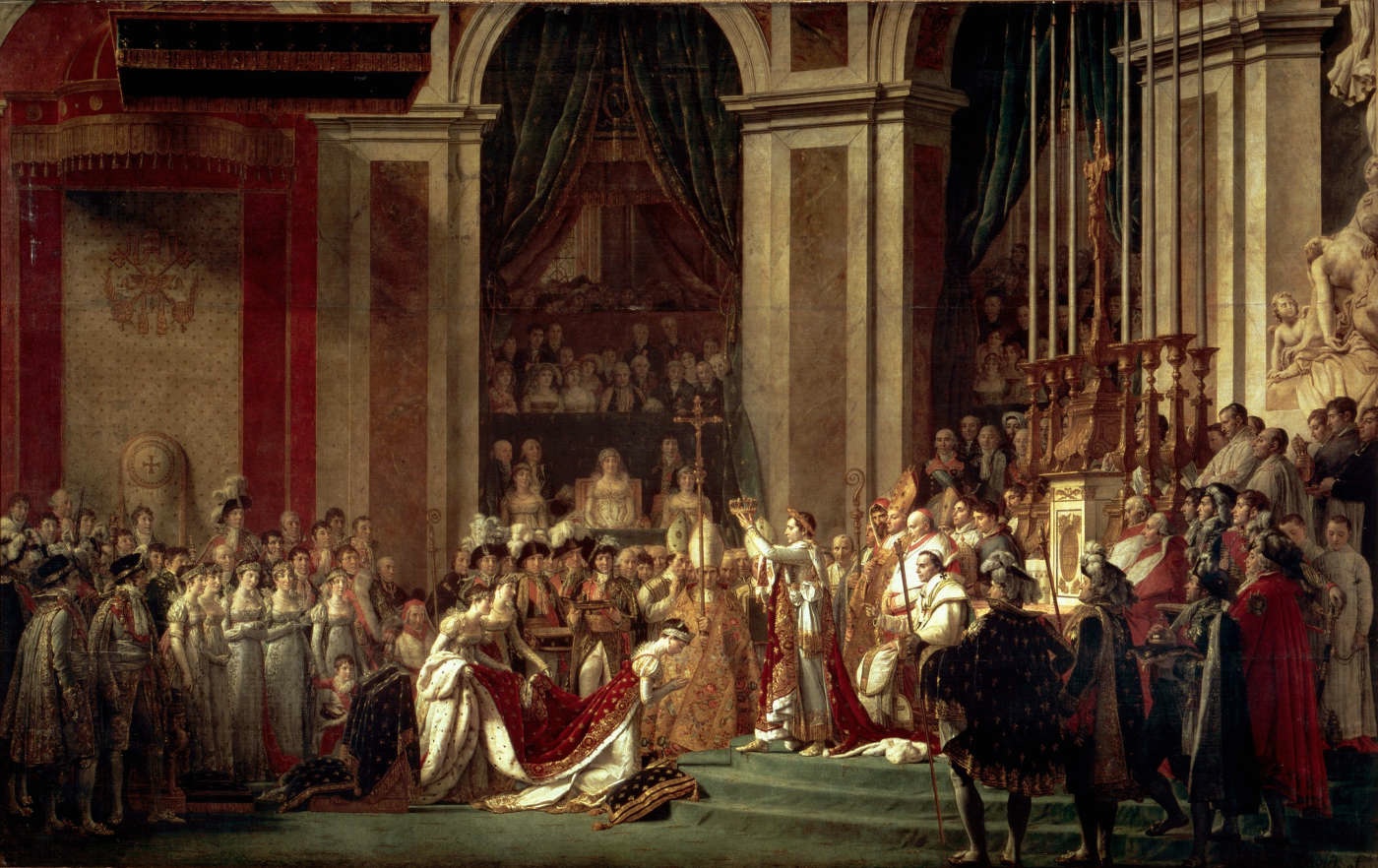 However, Napoleon would soon be envisioning a new dynasty without Josephine, who after bearing two children by her first husband, now was barren.  As Napoleon wrote to his brother Lucien:

Josephine is decidedly old and she cannot have any children—she is melancholy about it and tiresome.

For in Napoleon I on His Imperial Throne by Jean Auguste Dominique Ingres, another leading figure of Neoclassicism, Bonaparte dons his regal robes two years after his coronation, reasserting his claim as both the reincarnation of the Caesars and Charlemagne. 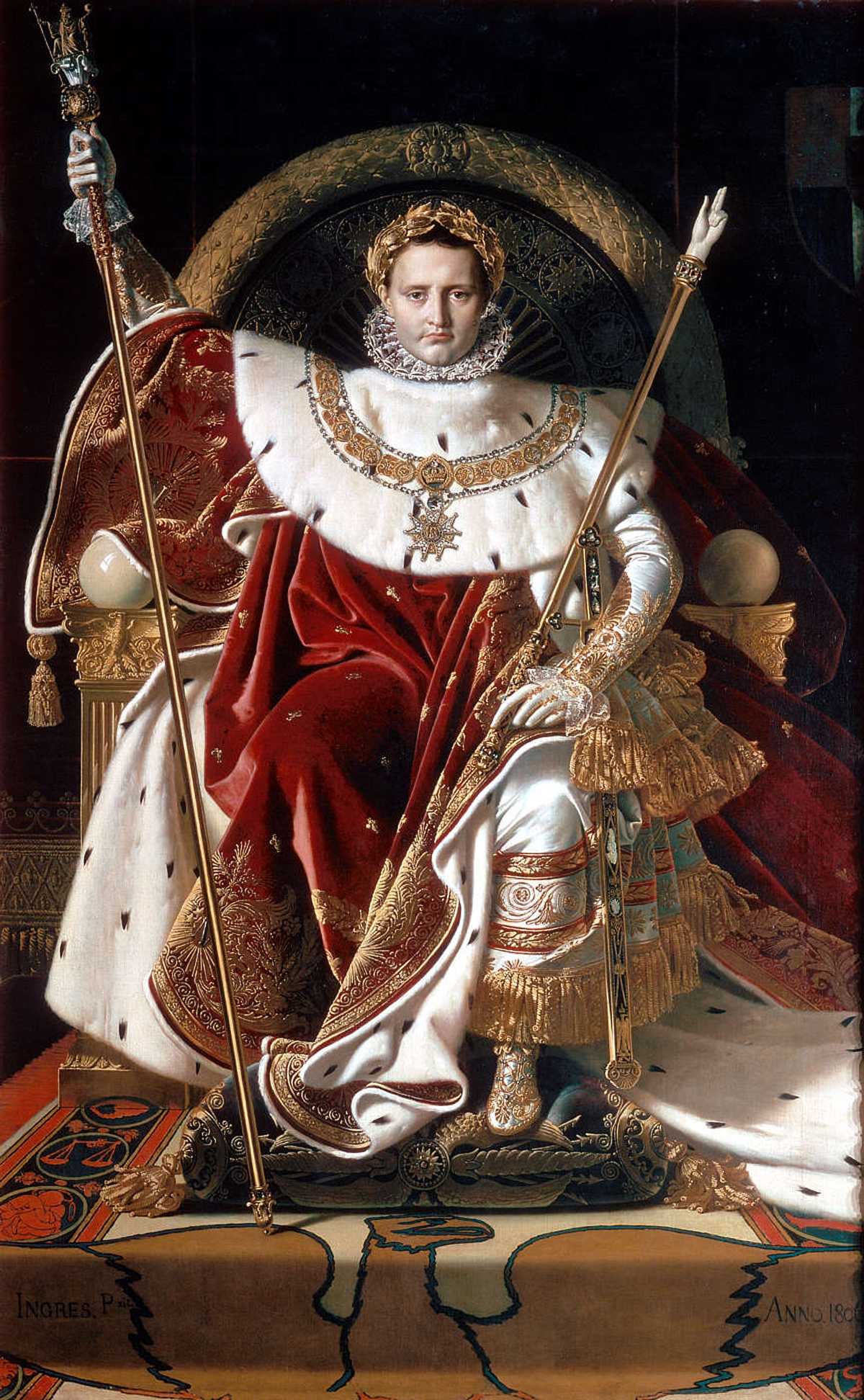 Around that same time, Josephine modeled for her own portrait by Pierre-Paul Prud’hon, presently displayed at the Musee du Luxembourg exhibition. In which the soft, romanticized rendering contrasts to the sharp, photographic style of her husband’s portrayal.  Is Josephine perhaps contemplating the decline of her marriage surrounded by the natural setting of Malmaison, her country retreat? 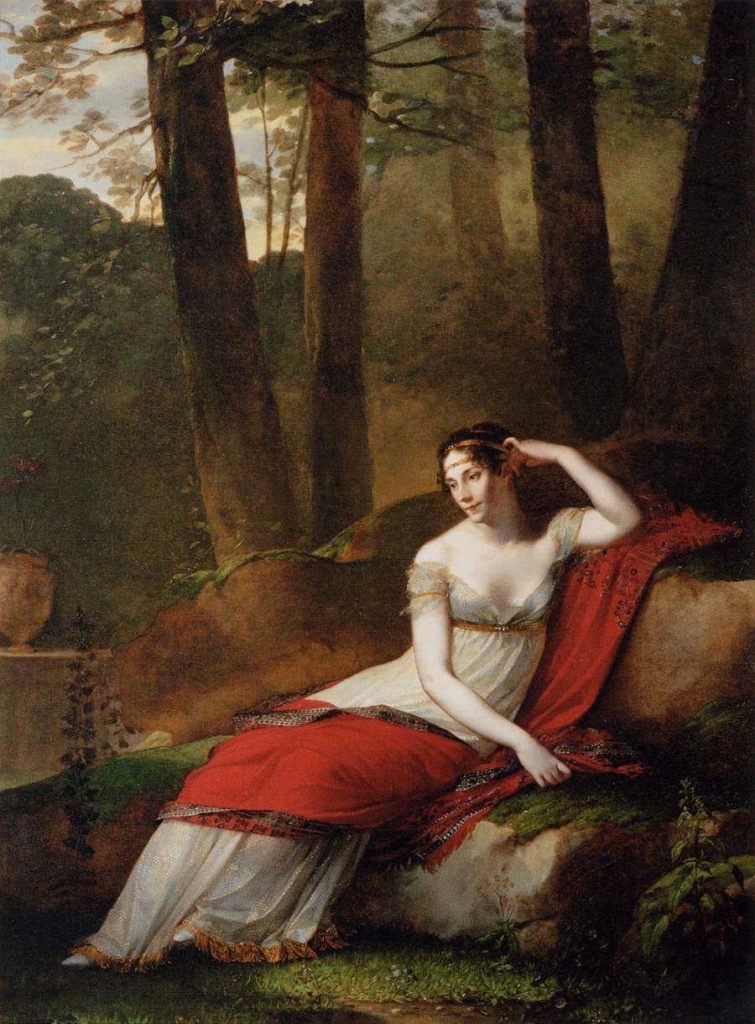 In late November, 1809, Josephine’s fate would be sealed over dinner when Napoleon announced their upcoming divorce.  But he continued his contact with her, writing shortly afterward,

My dear, I have found you today weaker than you ought to be.  You have shown courage; it is necessary that you maintain it and not give way to doleful melancholy.  You must be contented and take special care of your health which is precious to me.

By March,1810, Napoleon had wedded the Austrian emperor’s daughter, Archduchess Marie Louise shown below as depicted by Antoine Gerard (the same artist who had painted Josephine for the last decade); within a year, the 19 year old had given Napoleon a son.

Three years later, on April 16, 1814, Napoleon was forced to abdicate.  His last message to Josephine was a poignant adieu:

Farewell, my dear Josephine, resign yourself and me, and never lose the memory of one who has never forgotten you and will never forget you.

Josephine died of pneumonia on May 29. 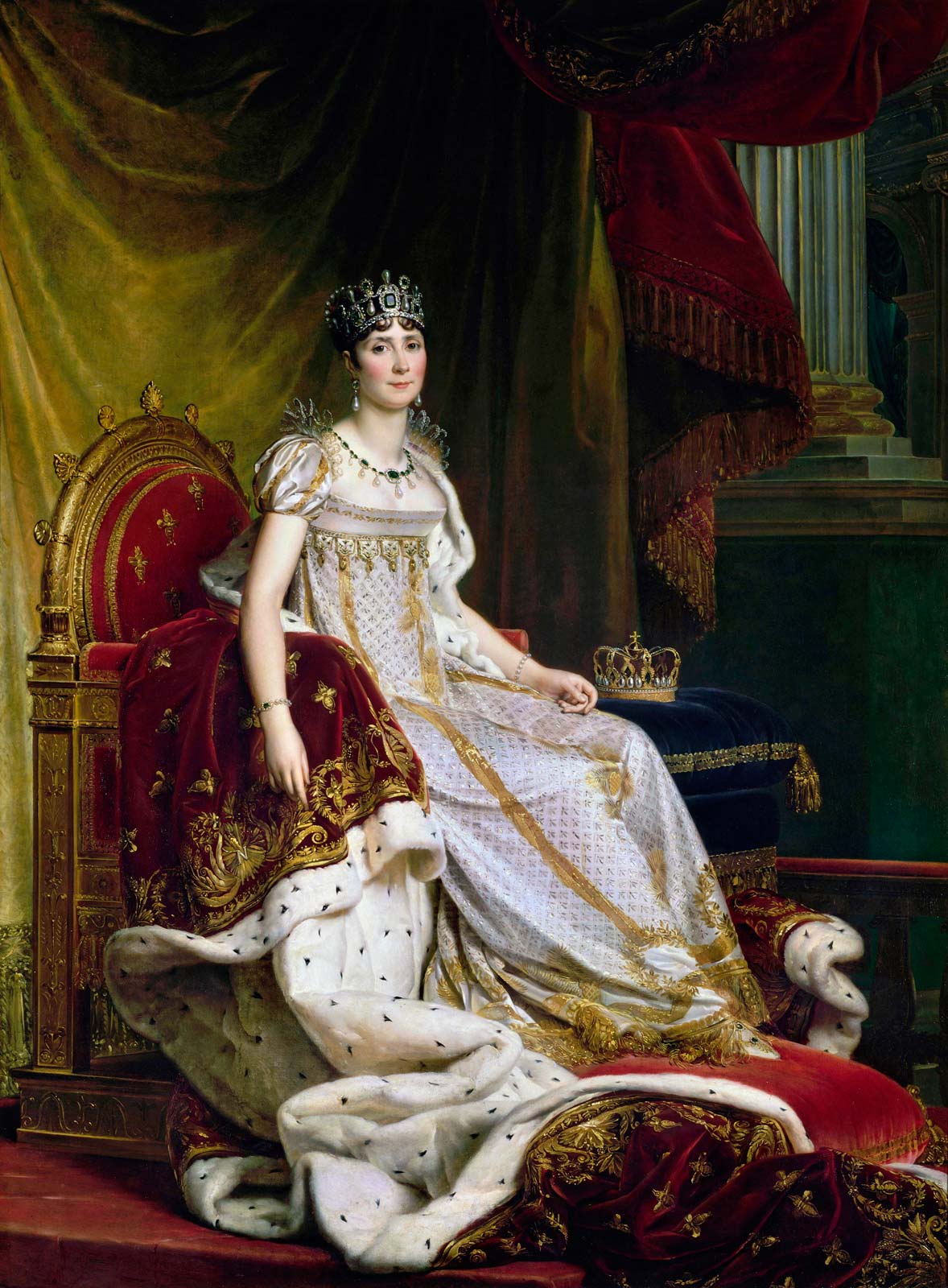 Here are the dates of the artists featured in the blog:

The sources of this article are: The Romantic Rebellion by Kenneth Clark, Harper & Row Publishers, New York, 1973; website of the Musee du Luxembourg, the website of the PBS program on Josephine and Napoleon, and the  website of the letters from Napoleon to Josephine, from 1796-1812.