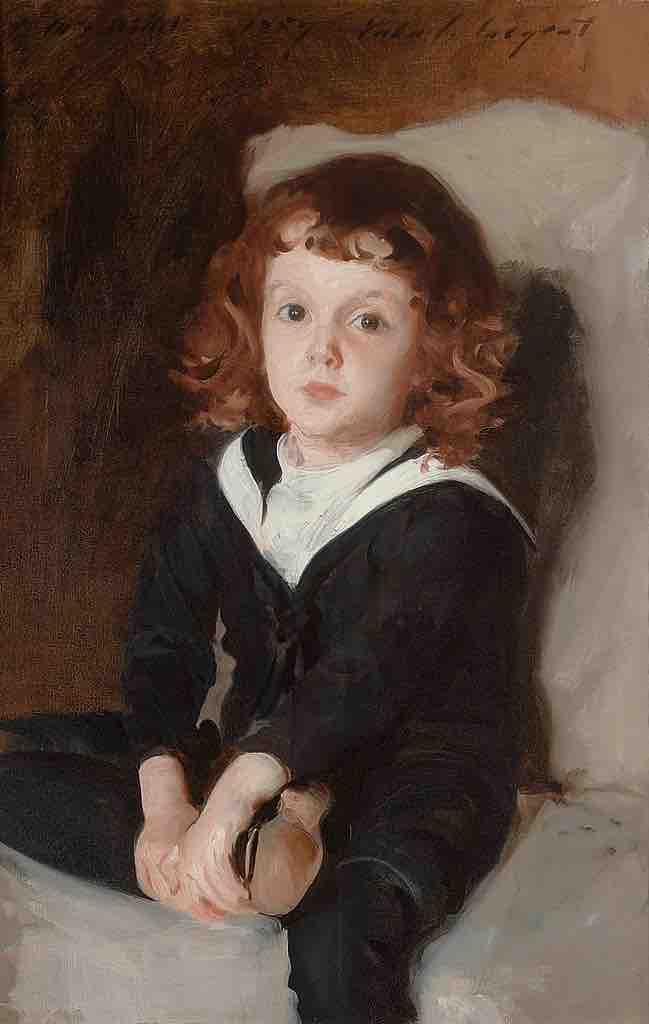 American master portraitist John Singer Sargent (1856-1925) was often the choice of the aristocracy and monied classes of both the United States and Europe.  However, he seemed to have a special affinity for children, especially of colleagues like fellow American artist Francis Davis Millet (1848-1912) whose son Lawrence engages us so directly.  More than 20 year laters, the elder Millet would lose his life on the Titanic.