By Joan Hart on September 1, 2020 in Art Happenings

ALONG THE CANALS OF VENICE

VIEW FROM A GONDOLA 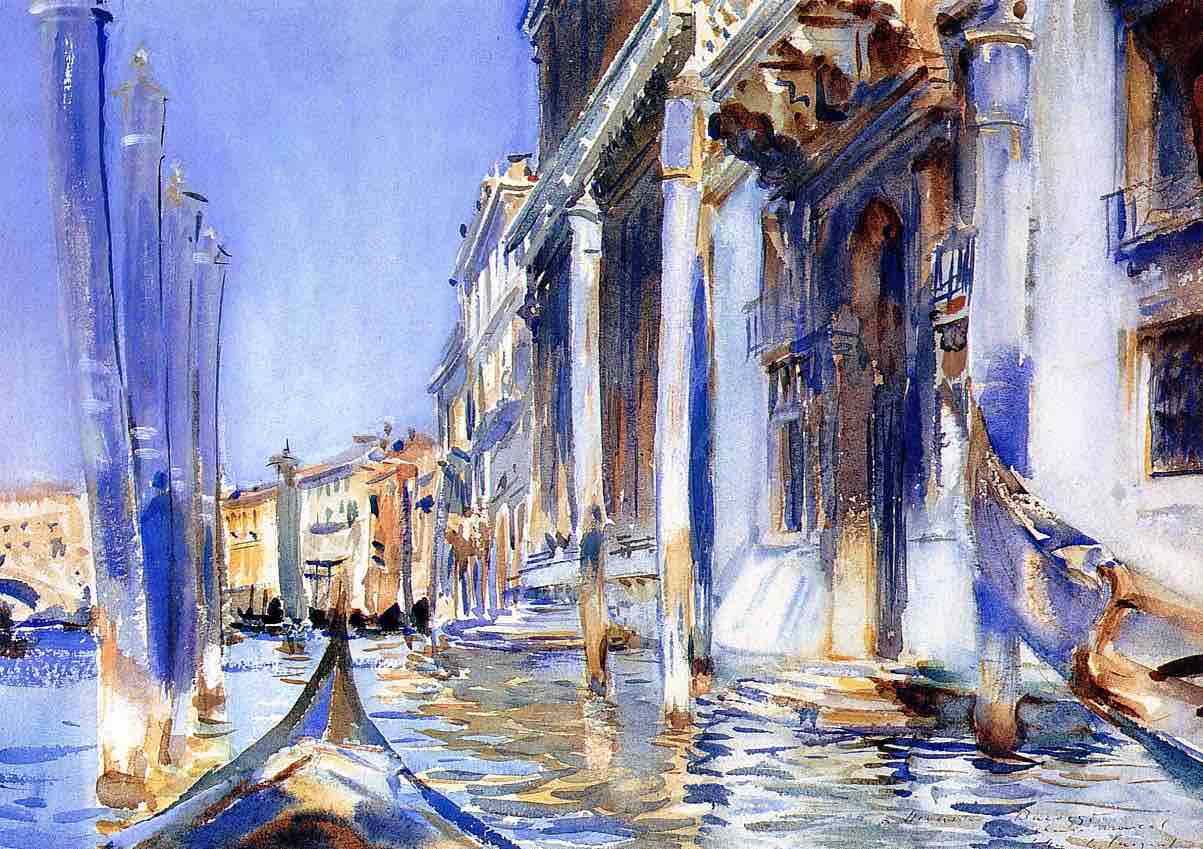 Venice is eternity itself.

American master John Singer Sargent (1856-1925) is best known for his portraits of the super-rich and celebrities of the late nineteenth and early twentieth centuries.  However, the artist also created scores of works in both oil and watercolor of landscapes as well as cities like Venice which he visited often during his long career.  Poet Joseph Brodsky (1940-1996) began his career in his native Russia, but was forced to leave his country during the Cold War period.  He settled in the United States and eventually designated its poet laureate.