I knew that I must paint, not what I saw, but only what was in my soul.  Figuratively speaking, it was like this: in my heart I felt as if there were an organ, which I had to sound.  And nature, which I saw before me, only prompted me.  And that was a key that unlocked the organ that made it sound….

(Note: today’s blog is the second part of a series highlighting artists from the exhibition Gauguin to Picasso, now showing at the Phillips Collection in Washington, D.C. through January 10, 2015). 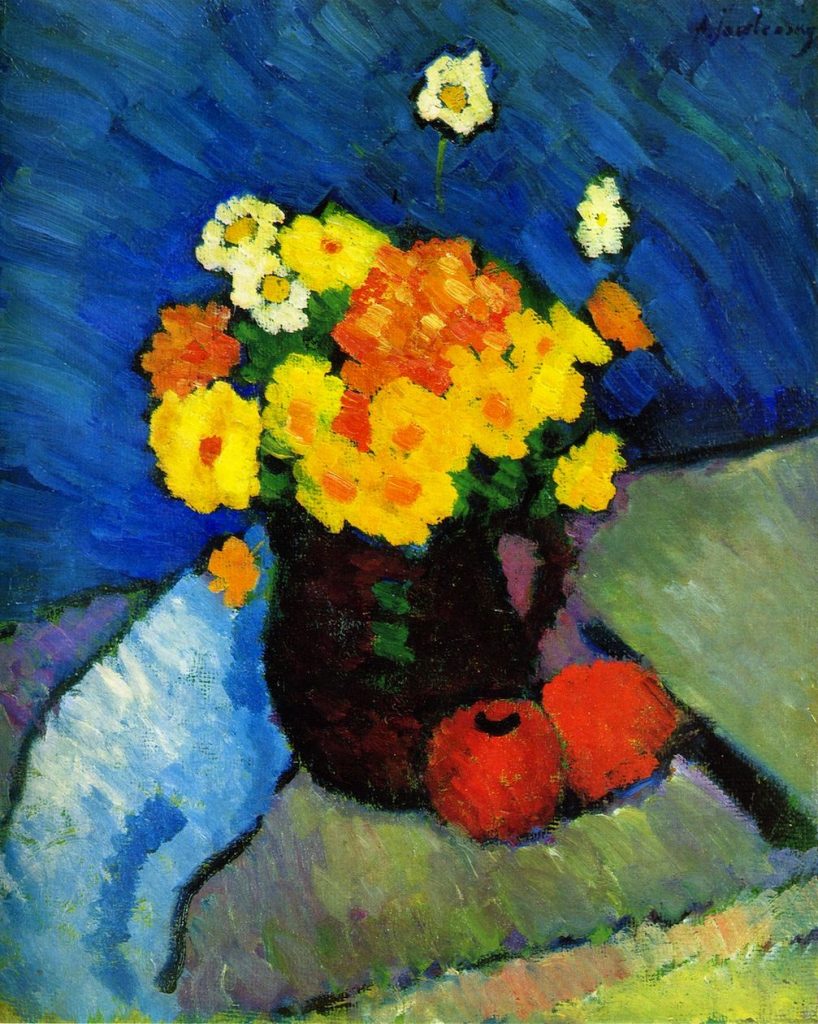 Russian artist Alexej von Jawlensky (1864-1941), usually associated with the German Expressionist movement, began his career as a military officer. However, he eventually chose the path of an artist, leaving his native country at age 32 for Munich, where he joined the avant-garde circle of Kandinsky, Gabriele Munter, and Franz Marc, among others.  Like his colleagues, Jawlensky believed that painting, particularly color as well as form, was ultimately a means to communicate his inner spirit and soul.

Experience the vibrant colors of Matisse and Bonnard in Through an Artist’s Eyes: Learning to Live Creatively.