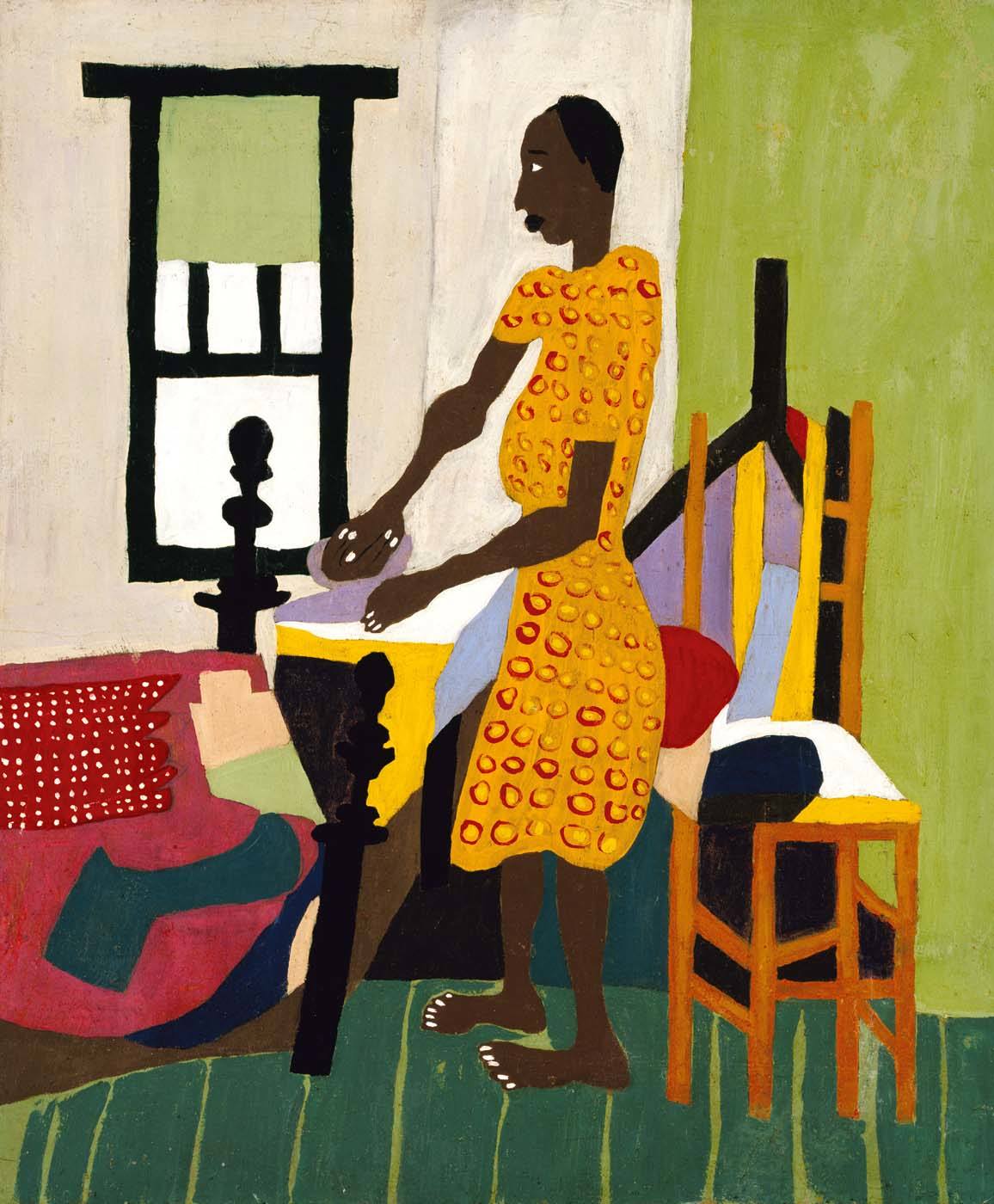 She’s lost in thought, ironing away her day.  Multi-colored fabrics and patterns abound in her tiny room, weaving together like the pieces of a puzzle: the patchwork coverlet on her bed to our left, the circle design of her dress, the clothes lying randomly on the chair on the other side. Just the soft green and beige wall is open and bare, interrupted only by the narrow frame of a lone window.*

Woman Ironing was created in 1944 by African-American painter William H. Johnson, who is respected today as one of the United States’ most important artists.

Here are a few fast facts:

Born 1901, Florence, South Carolina. Grew up in a segregated country where he suffered both social and economic discrimination.

In 1926, moved to Europe to study and paint, aided by the financial aid of his teachers and friends. Spent most of the 1920s and 1930s first in France, and then later Denmark.  With the approach of World War II, he finally returned to the United States in 1938, accompanied by his Danish wife, Holcha Krake, a tapestry weaver and ceramicist.

1937-1946, mainly lived in New York City, trying to establish himself in art circles. Krake died in 1943 and Johnson never recovered from her loss. Also showed signs of mental deterioration; in 1947, he was  committed to a state hospital on Long Island where he remained until his death in 1970.

Johnson created in a variety of styles, from the traditional realism of his self portrait done when he was in his early twenties,

to the expressionistic color and movement of Chalet in the Mountains, typical of his works of of the 1930s in Scandinavia, 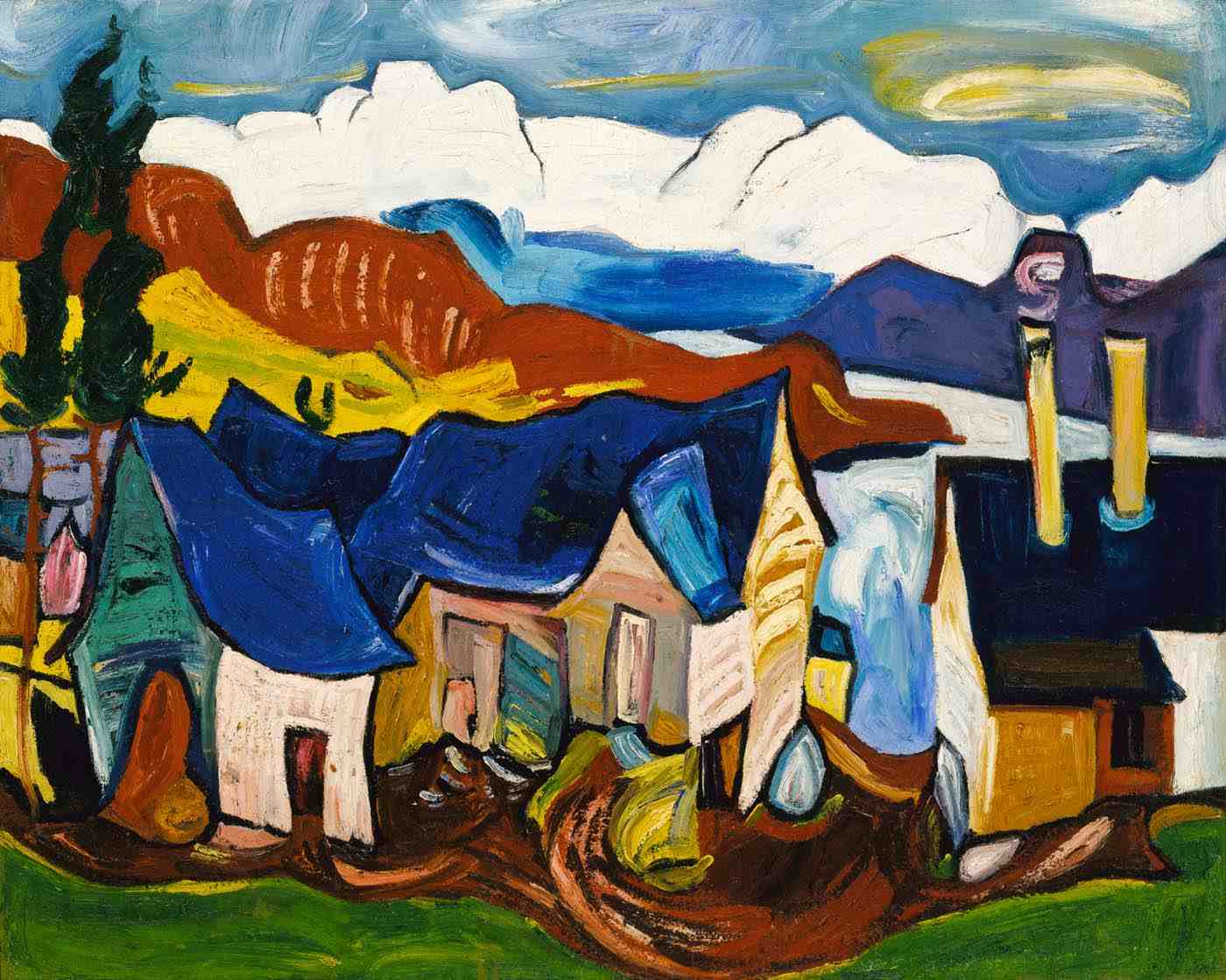 to the bright, flat tones, two dimensional space, and rhythmic arrangement of what is considered the most famous of period of his art, with its roots in American folk art and his African-American heritage. 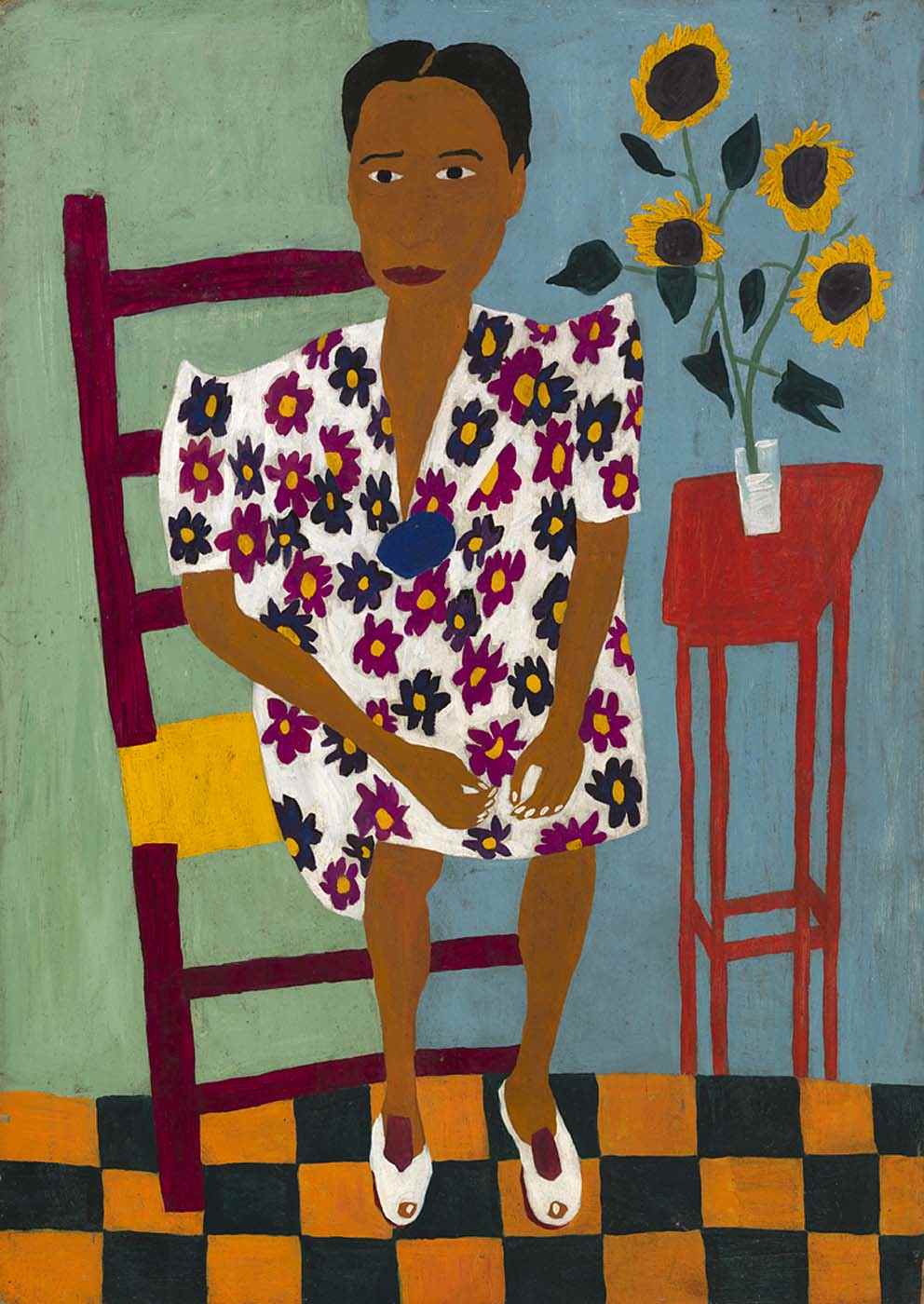