SUNRISE IN PARADISE, MORNING IN HAWAII

No alien land in all the world has any deep strong charm for me but that one, no other land could so longingly haunt me, sleeping and waking, through half a lifetime, as that one does. 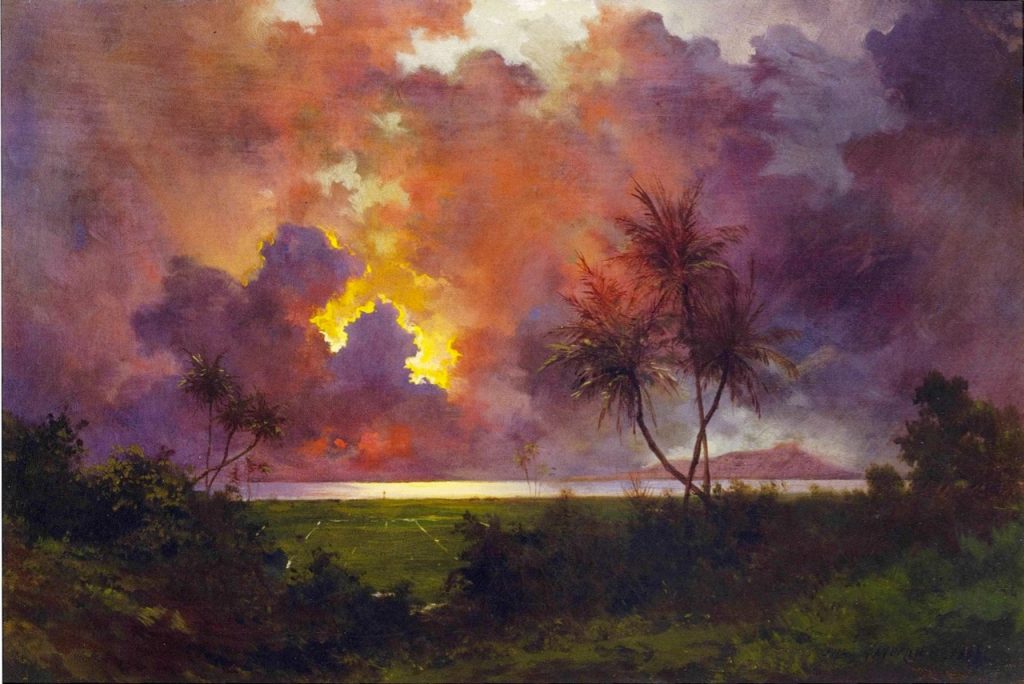 Would you like to take a voyage to Hawaii with French artist Jules Tavernier (1844-1889) via his breathtaking Sunrise Over Diamond Head?  Tavenier, along with a group of other adventurous painters now known as the Volcano School, traveled across the then remote Pacific islands in the late nineteenth century, immortalizing the tropical paradise and lush terrain. Samuel Clemens (1835-1910) or Mark Twain was also captivated by Hawaii during a trip in 1866, always longing to return, years after his four month stay. 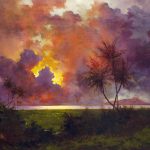