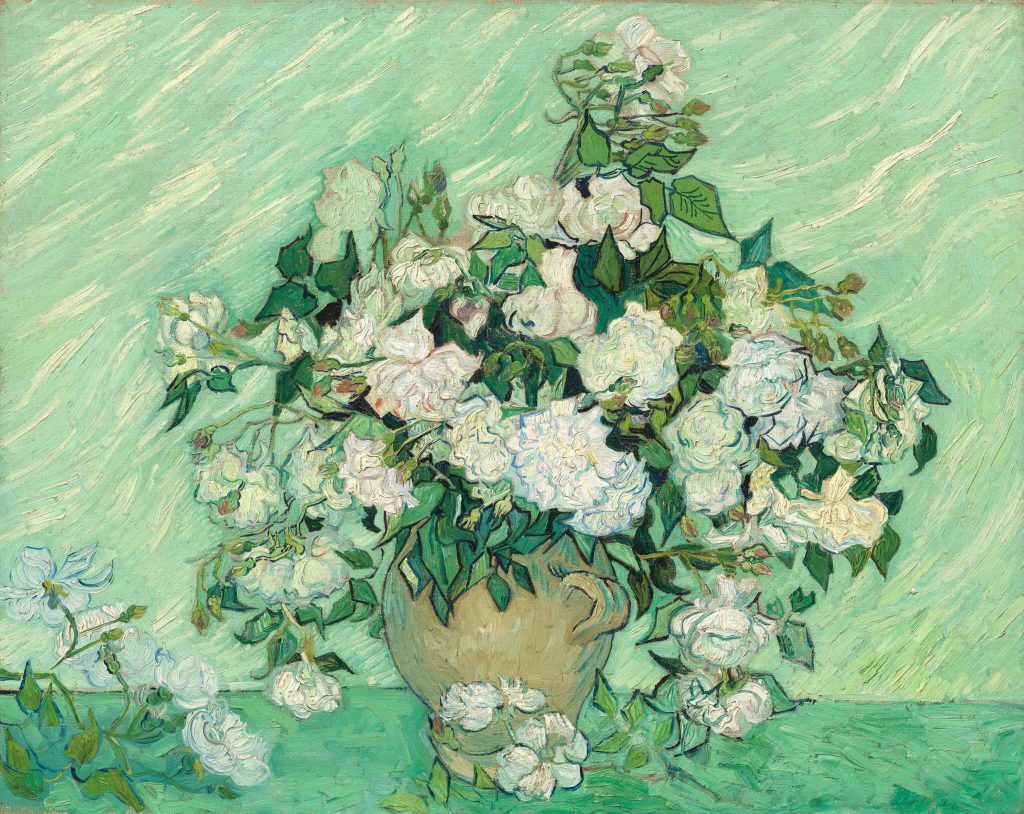 When: In May, 1890, and is considered one of Van Gogh’s late works of art; near the end of  a career of only 10 years, resulting in an astonishing number of approximately 900 paintings and 1,100 drawings.

Where: At a mental institution in Saint-Remy-de-Provence in southern France, only weeks before his release on May 16 after a year’s stay. His final destination would be Auvers-sur-Oise (close to Paris), the site of his death on July 29, 1890.

What: The flowers of spring including at least two paintings of roses: the version pictured above plus another interpretation at the Metropolitan Museum of Art in New York City.

How: At this point in his creative development, Van Gogh was penetrating the spiritual energy of nature, expressed in the dynamic rhythm of the blossoms moving across the space of the painting. Defined by the strong, fluid brushstrokes emphasizing the vital exuberance of the flowers that seem to be escaping the confines of their vase. Enhanced too by thickly painted colors, ranging from greens to what appear to be different shades of white.  Yet, if you look more closely at some of the roses, traces of pink can be seen, remnants of the original color that has faded with time.

Why: Van Gogh has a long history of creating floral beauty: from his not as well known Parisian bouquets, influenced by the artist’s recent adapting of the rich Impressionist palette, to the iconic canvases of the sunflowers, inspired by his friend and colleague Paul Gauguin, to the graceful irises in the garden of the asylum at Saint-Remy, where he spent many hours.