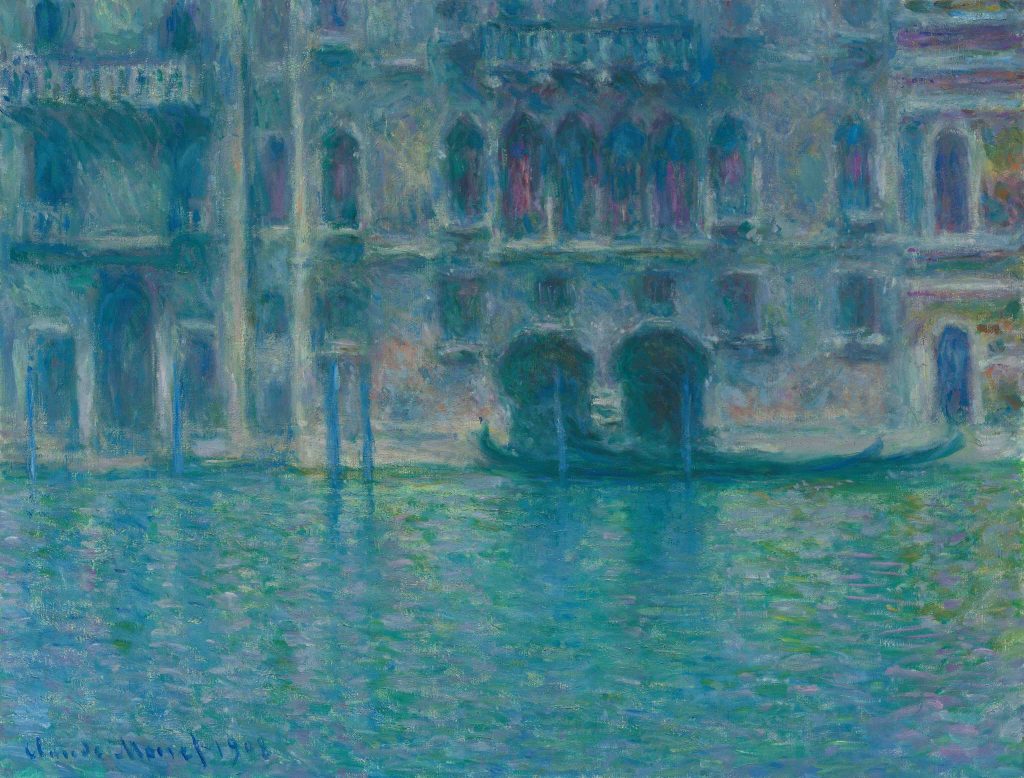 When: During  a 10 week period in late 1908, from beginning of October to early December.

Where: Venice, the jewel of the Adriatic, where Monet and his second wife Alice traveled, invited by a wealthy acquaintance. It was the first trip  to the city for the couple during which the artist would depict its major landmarks, including churches such as  Santa Maria della Salute and San Giorgio Maggiore as well as the Doge’s Palace, resulting in some 37 works of art.

What: The Palazzo da Mula, one of the elegant palaces along the city’s Grand Canal, dating approximately from the 1400s. Monet would also paint views of  two other famous palaces, Palazzo Continari and Palazzo Dario.

How: At this stage of his artistic career, Monet was a master of  Impressionist color and brushwork, creating a mosaic of gem like colors–turquoise, amethyst and emerald–from the rippling surface of the watery canal to architectural details such as the otherworldly Gothic windows.

Why: Monet was almost 68 when he first arrived in Venice and, like his artistic predecessors, was enchanted by its magical atmosphere. He spent days touring the Venetian paradise by gondola, discovering the unique facades of buildings like the Palazzo Mula, transforming them into visions of fantasy.