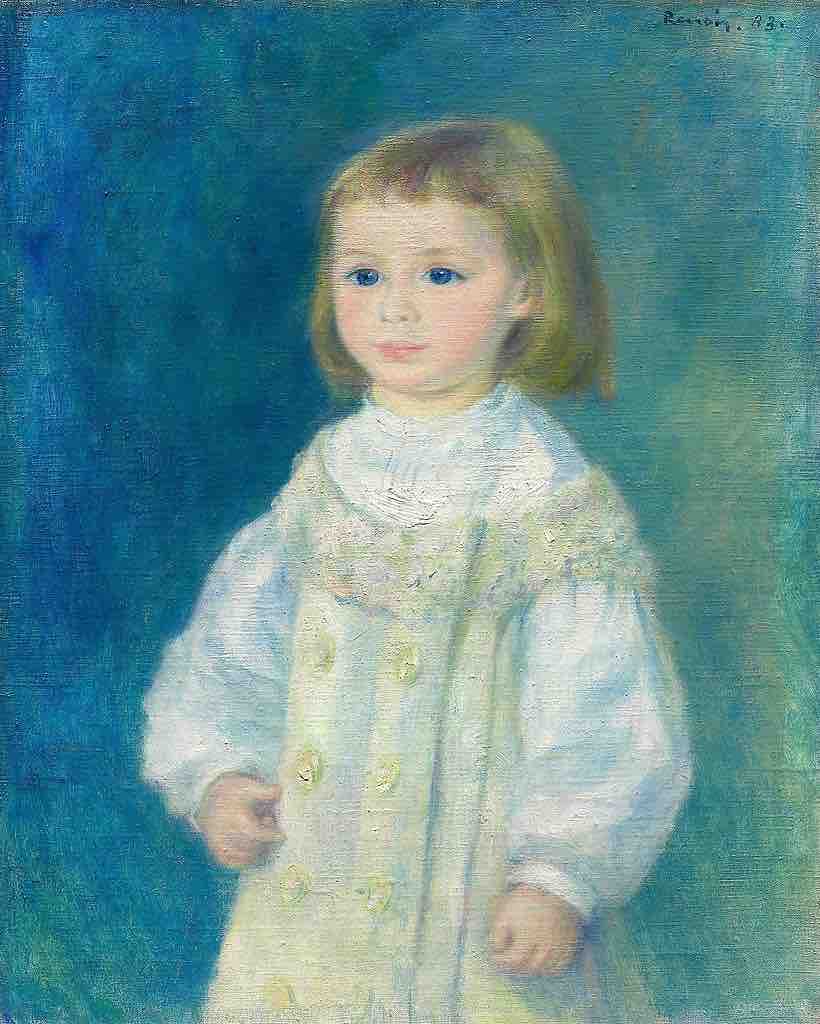 French Impressionist master Pierre-Auguste (1841-1919) cultivated wealthy patrons who commissioned portraits of their families.  However, banker and diplomat Paul Berard, whose daughter Lucie is depicted above, was also Renoir’s friend.  Berard often invited Renoir to spend time at his estate, where the artist had the opportunity to  paint Berard’s four children.