American master John Singleton Copley (1738-1815) is considered the first major artist of the United State, yet he left his native country forever before he was 40.  Mainly self-taught, Copley earned a reputation as the leading portraitist of colonial Boston, starting with Boy with a Flying Squirrel, a portrayal of his step brother Henry Pelham and his unusual pet.  Its powerful realism would earn praise from  Sir Joshua Reynolds  and the British academic art world. 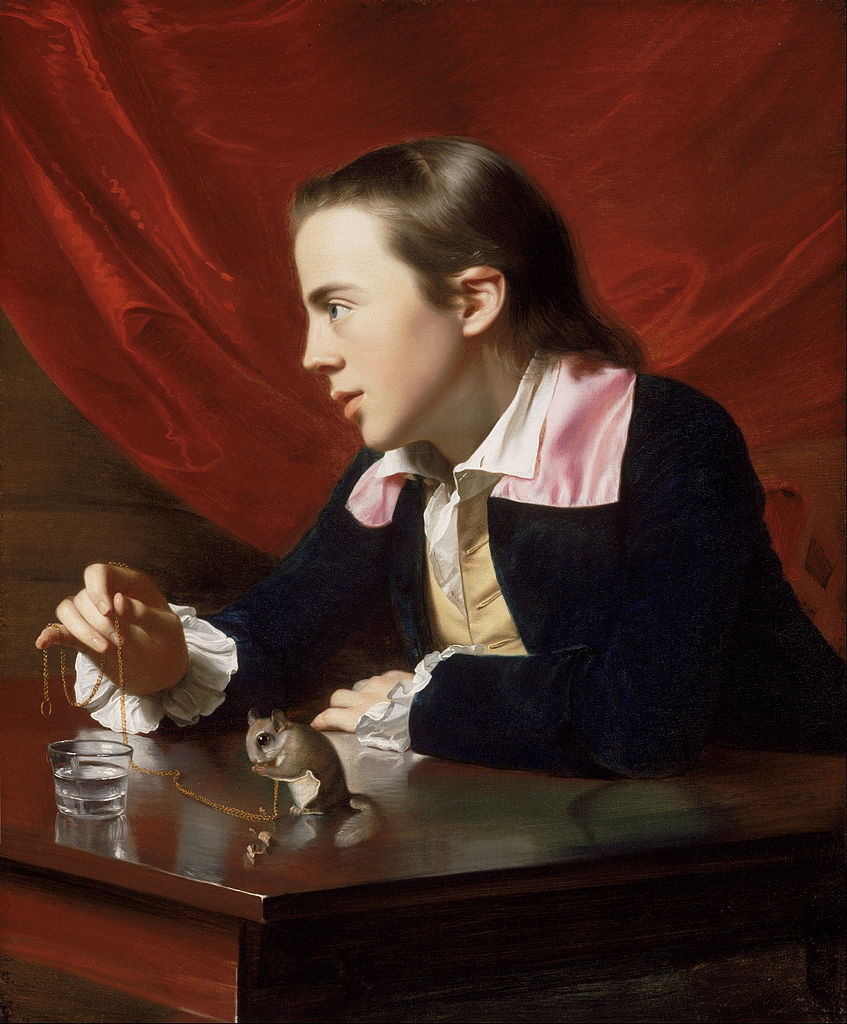 Soon Copley would be counting among his clients two future Revolutionary War figures: Paul Revere, demonstrating his skill as an exemplary silversmith and John Hancock, portrayed here as a prosperous merchant, working on his accounts.  By the mid-1770s, both men would be in the midst of the conflict–Revere for warning the rebels of the advancing British forces at Lexington and Concord and and Hancock as president of the Continental Congress, the first member to sign the Declaration of Independence. 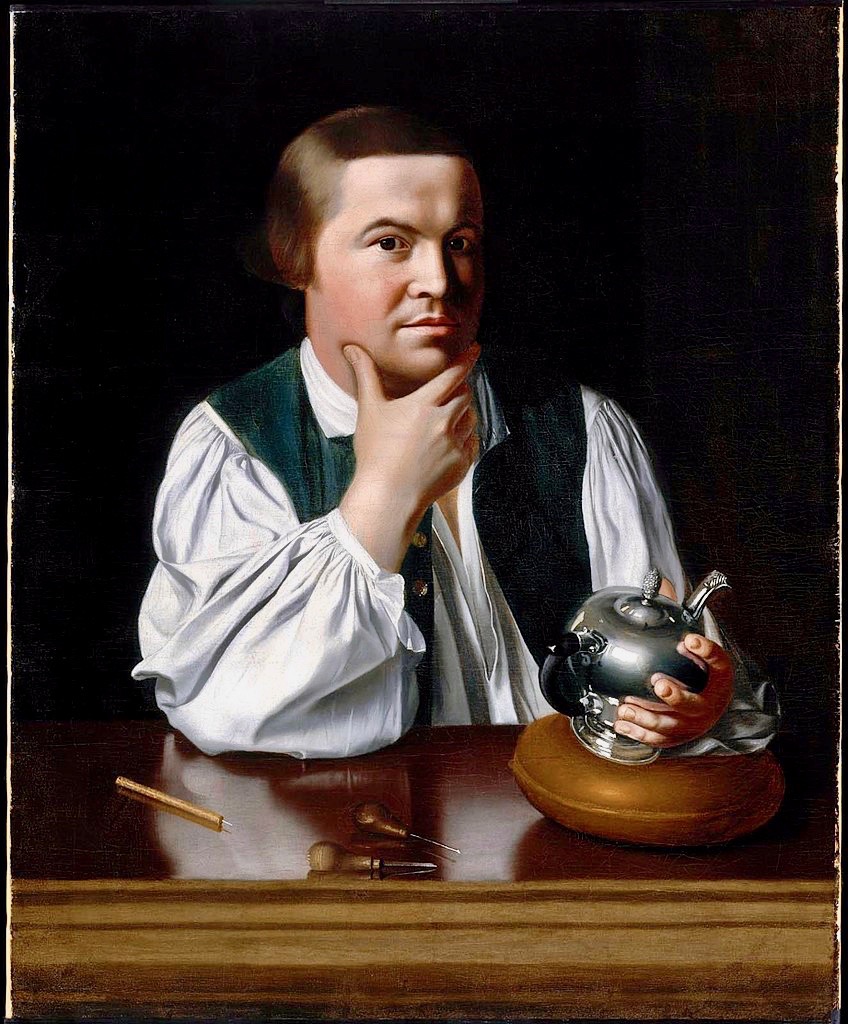 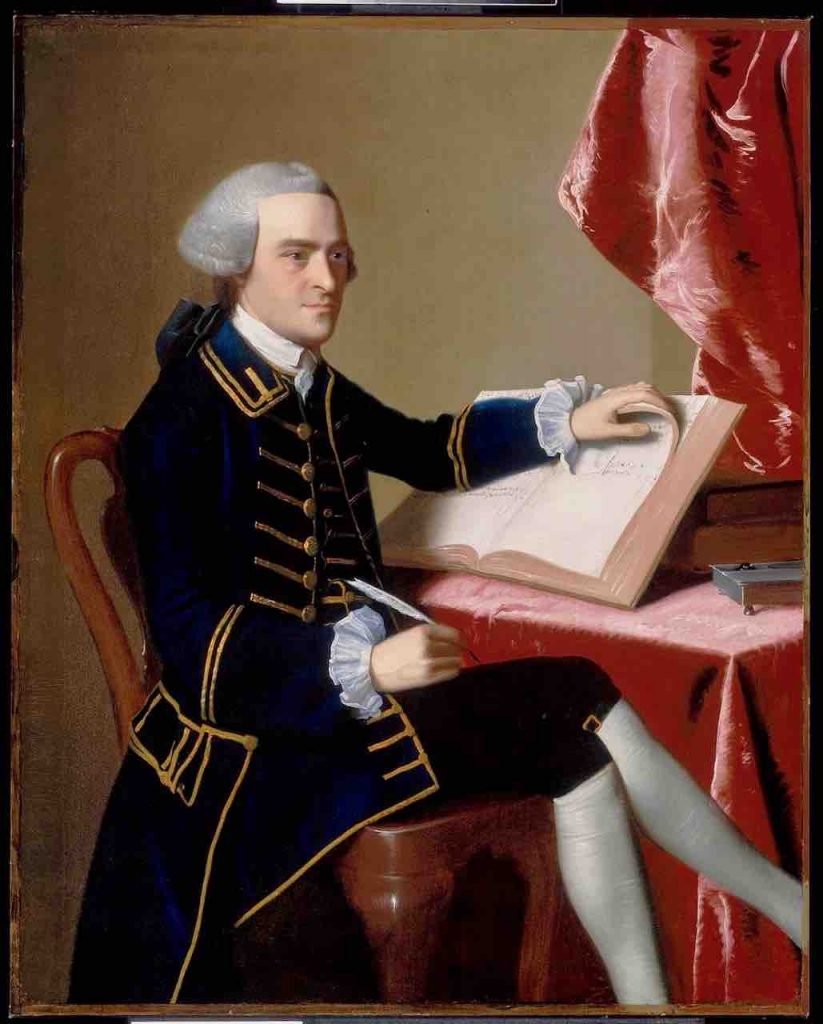 Copley also was renowned for his insightful portraits of women such as the intelligent beauty Frances Montresor. 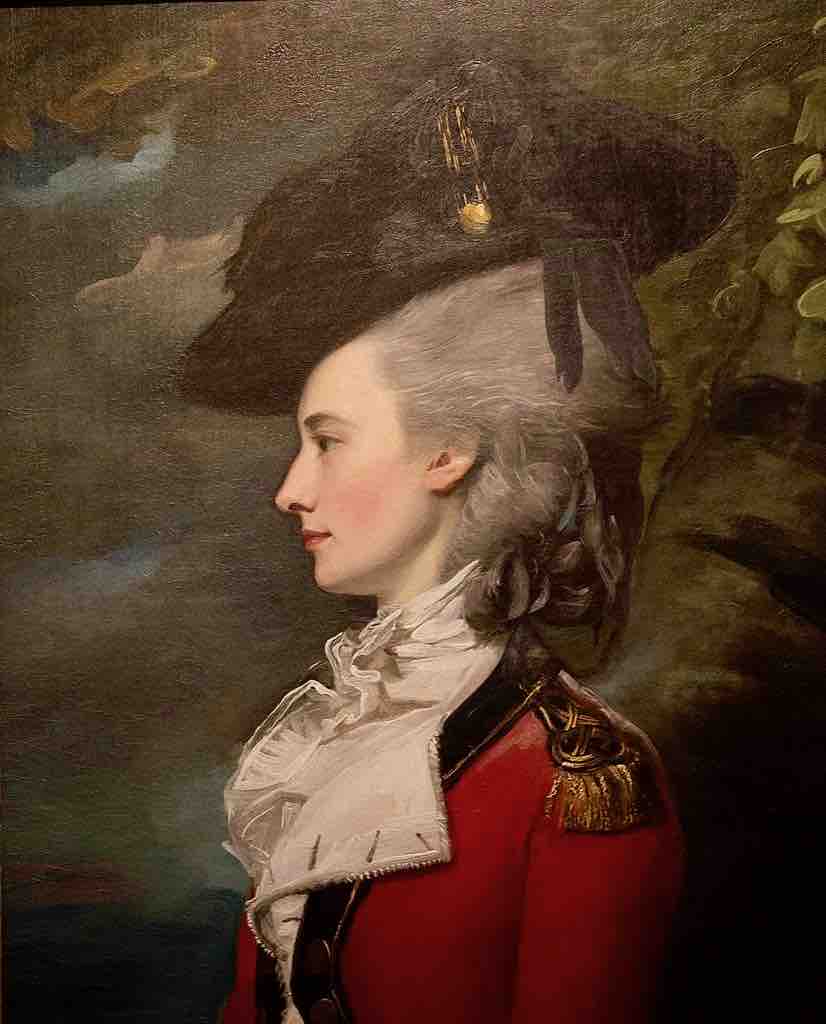 However, Copley migrated to Great Britain in 1775 at the beginning of Revolution, drawn there by his father-in-law Richard Clarke, who was a Tory, but probably even more by what seemed the greater opportunities offered by the British artistic establishment and society overall.  Among his subjects was the Prince of Wales (someday George IV) reviewing his troops.

Yet, Copley also continued to paint his former compatriots including John Adams and his son John Quincy Adams.   For according to Elkanah Watson, an American visiting London in 1782, he believed Copley still had an American heart.

John Singleton Copley, Portrait of H.R.H. the Prince of Wales at a Review, 1809, oil on canvas, Museum of Fine Arts, Boston, MA