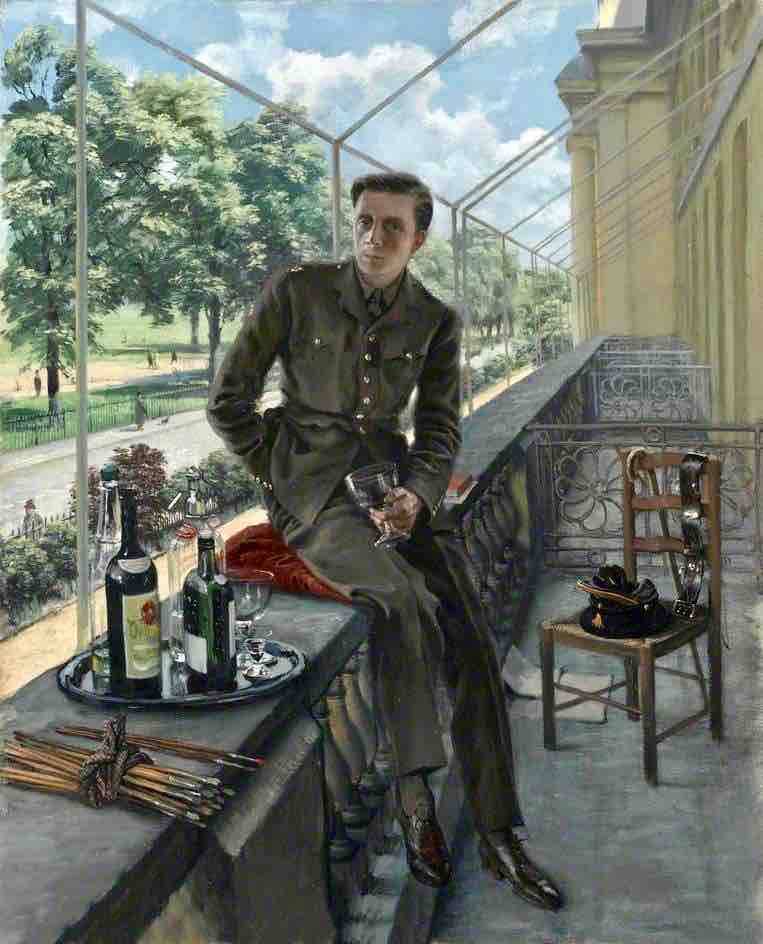 British artist Rex Whistler (1905-1944) was a versatile figure in the art world as a painter, designer, and illustrator.  Throughout his career, he produced several self-portraits including his depiction of himself as a member of the Welsh Guard during World War II.  Whistler was trained as a tank commander, tragically killed in action in Normandy on July,18, 1944. 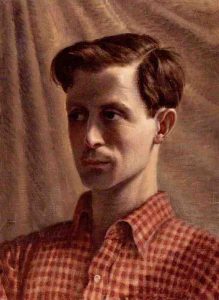