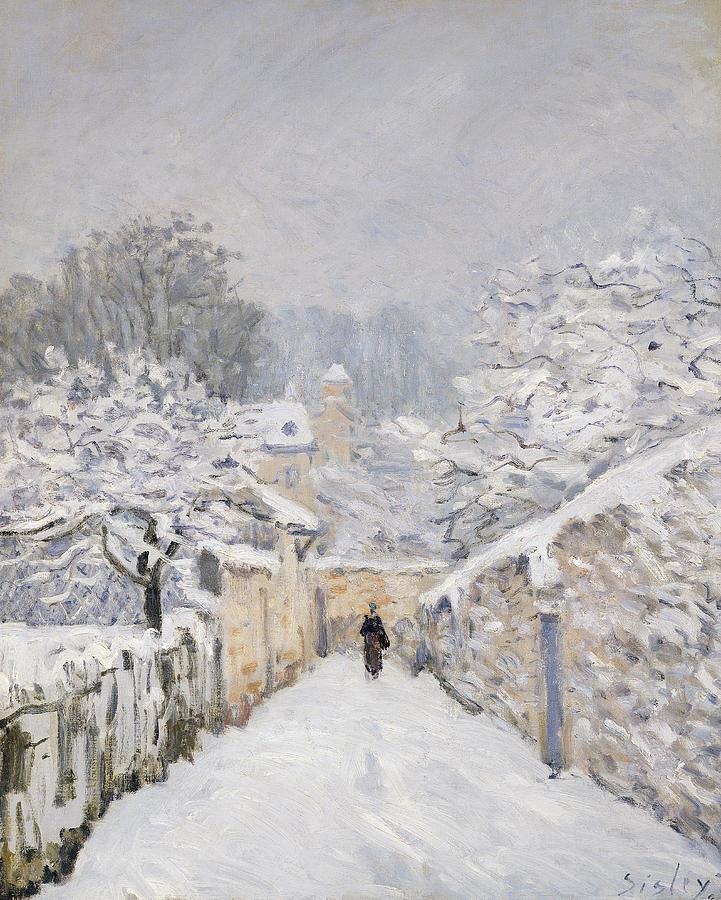 Would you like to follow the figure down the path into an enchanted realm?  Entering another dimension where time has stopped, indefinitely suspended.  And silence reigns except when the snow drifts down from the branches, gently disappearing as it touches the white covered ground.

French Impressionist Alfred Sisley (1839-1899), the artist of Snow at Louveciennes above, walked the chemin de L’Etarche himself in all seasons. In fact, he resided nearby, on the rue de la Princesse, where he grew to love this familiar route, just off the main road of his suburban home outside Paris.

For another perspective of the chemin de l’Etarche in winter, click:

Background on this blog from Impressionists in Winter: Effets de Neige by Lisa Portnoy Stein and other art historians, The Phillips Collection in collaboration with Philip Wilson Publishers, London, UK, 1998.