Nature is a Haunted House—but Art—is a House that tries to be Haunted.* 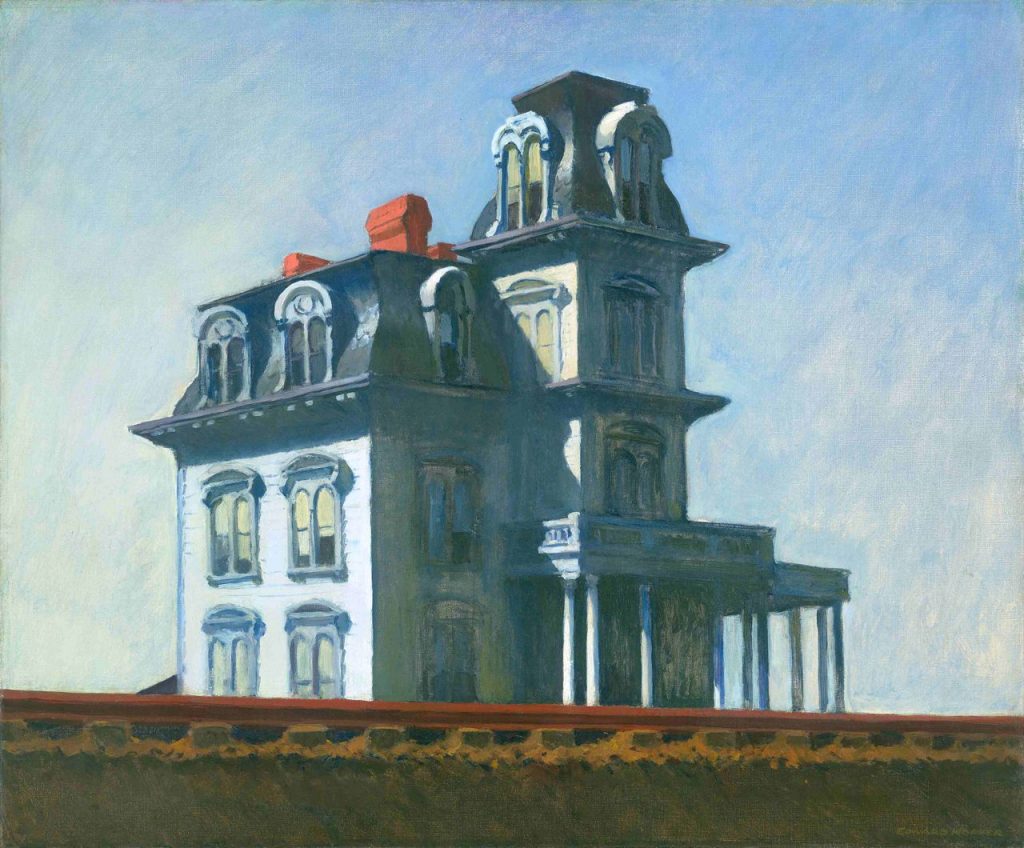 When Edward Hopper (1882-1967), one of the icons of American twentieth century art, created the mysterious and rather ominous Victorian mansion above in 1925, he had no idea that nearly four decades later it would be a central player in a popular horror movie.  For Alfred Hitchcock reportedly based the frightening Bates Motel of Psycho on House by the Railroad which pleased the then 80 year old Hopper, an avid movie goer.

Several of my art blogs have featured the always evocative poetry of New England’s Belle of Amherst, Emily Dickinson (1830-1886).  Here are some links to explore:

A Child and a Goldfinch, Signs of Hope

Edward Hopper: An Intimate Biography by Gail Levin, University of California Press, Los Angeles, 1995 is a resource for this blog.

The above image is in the public domain and used solely for educational purposes.