We will be happy if we can get around to the idea that art is not an outside and extra thing; that it is the natural outcome of a state of being; that the state of being is the important thing; that a man can be a carpenter and be a great man.

In every human being there is the artist, whatever his activity, he has an equal chance with any to express the result of his growth and his contact with life.

Isn’t everyone born an artist?  And shouldn’t art be an essential  part of our society—not separate and exclusive, confined to a particular group or venue?  Aren’t we all capable of participating in the creative process? 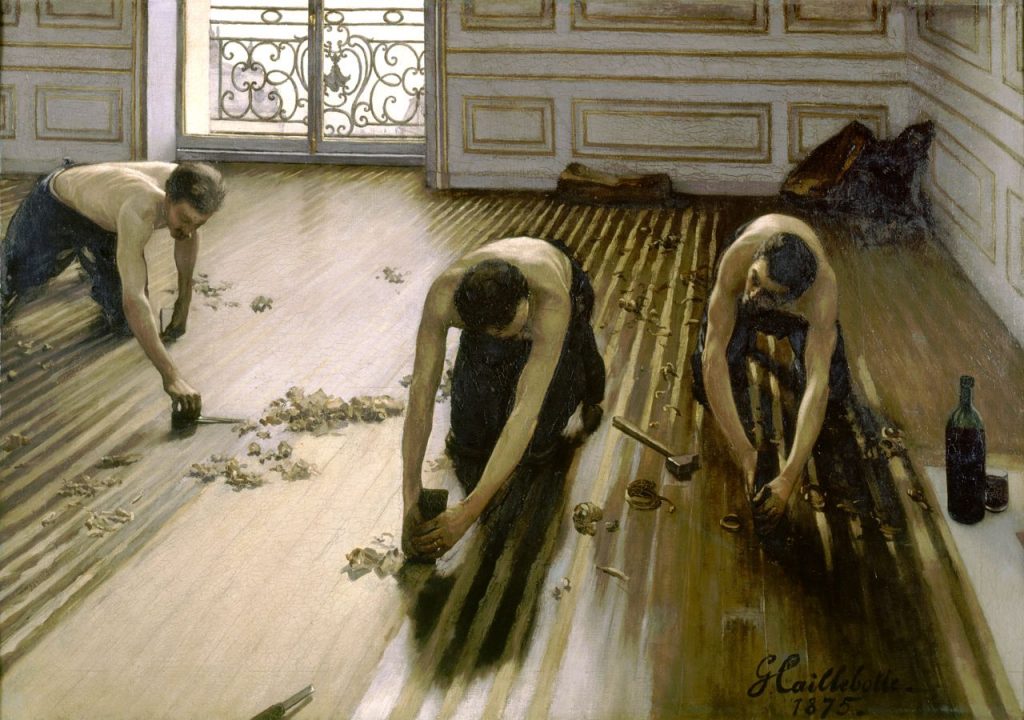 Robert Henri (1865-1929) was an innovator in American painting both as an artist and teacher; his realistic style focused on the sociological as well as economic changes in urban United States during the early 20th century.  His book The Art Spirit, published in 1923, is recognized as a classic regarding the nature and value of art.

Although Gustave Caillebotte (1848-1894) may not be as famous as Monet and Renoir, his striking images of daily life in Paris filled the walls of key Impressionist exhibitions in the late 1800s.  He also donated a major bequest of the works of his colleagues to France, which laid the foundation of the nation’s collection today.

The above painting  is used solely for educational purposes.

Discover your own artistic spirit in Through an Artist’s Eyes: Learning to Live Creatively by Joan Hart.