Make certain to click on the painting to ENLARGE it!

Berthe gave her picture to Manet; thus nothing will remain in the house.  That souvenir of Lorient would have been not at all unpleasant to keep.* 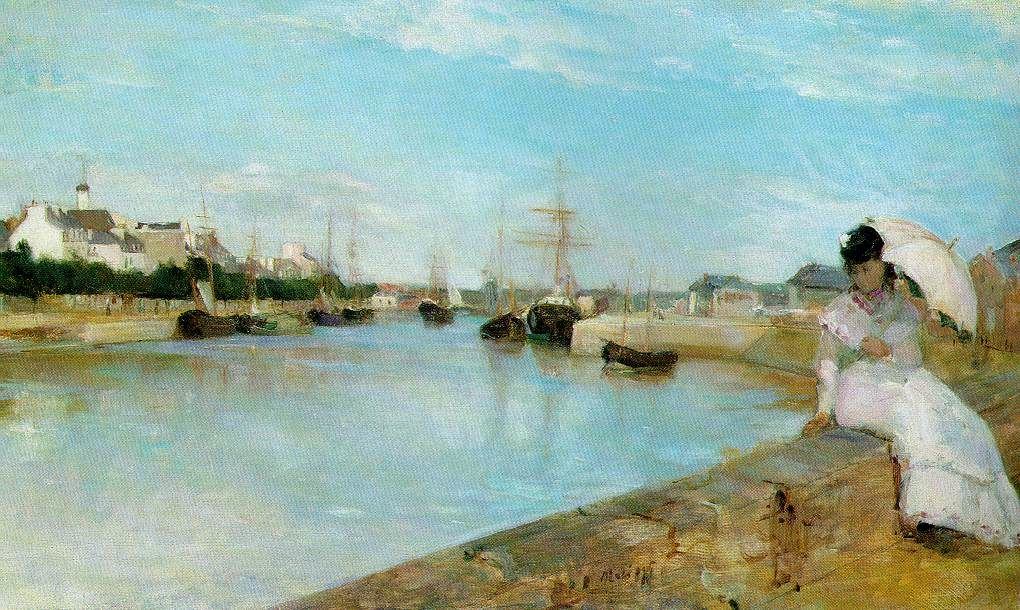 Was Berthe Morisot’s gift of The Harbor at Lorient to Edouard Manet actually an expression of love? Today it resides with thousands of other works of art at the National Gallery of Art in Washington, D.C. But what did it mean to Manet? Where did he hang this poetic memory of a summer afternoon so delicately painted in soft hues?  Perhaps in his studio, where Morisot might have contemplated it as she posed for Manet?

Or was The Harbor at Lorient showcased in his parlor and on view to his family, friends, and any visitors who might happen by? Or could Manet have hidden his present from Morisot away—in a private space solely for his enjoyment?

Note: After Manet’s death, the painting was eventually acquired by Madame Morisot’s cousin Gabriel Thomas and was in his possession for several decades.

The above image is used only for educational purposes.