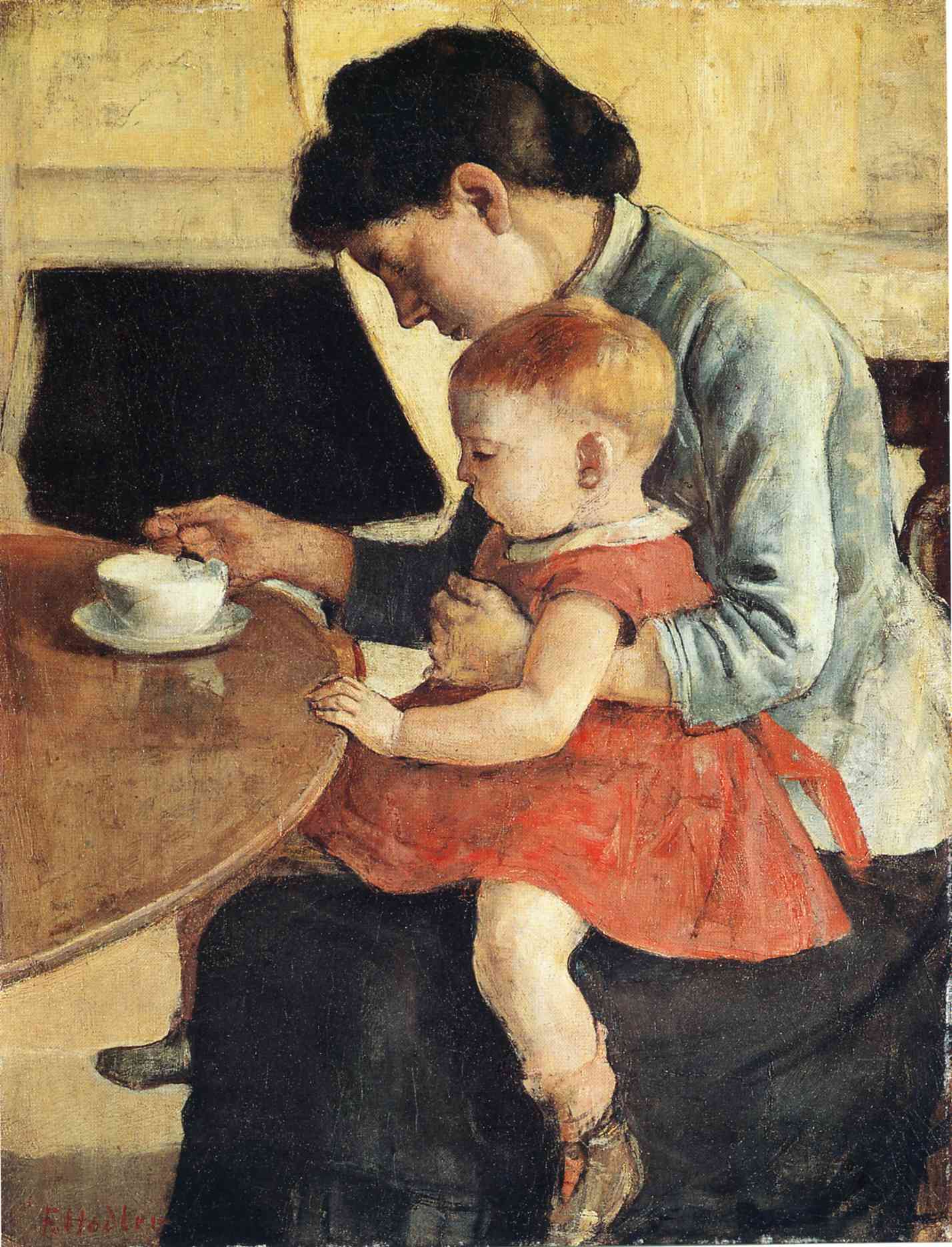 I almost couldn’t resist spotlighting a pastel by Mary Cassatt, who is probably the greatest depicter of the maternity theme in art.  However, I discovered this moving painting by Ferdinand Hodler (1853-1918), a Swiss artist I know mainly for his visionary images done in the pre-World War I era.  Perhaps it is the quiet mood which attracts me as well as the interaction between the mother and child as they both concentrate together on a daily task.

Little information is available about Hodler’s work above; it might have been created around 1889, when his son Hector was then about two years old. Hector later became an early advocate of Esperanto, an international language to be used by people around the world.

And explore the world in new ways with Through an Artist’s Eyes: Learning to Live Creatively.