By Joan Hart on February 8, 2016 in Art Happenings

THE SPIRIT OF DEMOCRACY

To lodge all power in one party and keep it there is to insure bad government and the sure and gradual deterioration of the public morals.* 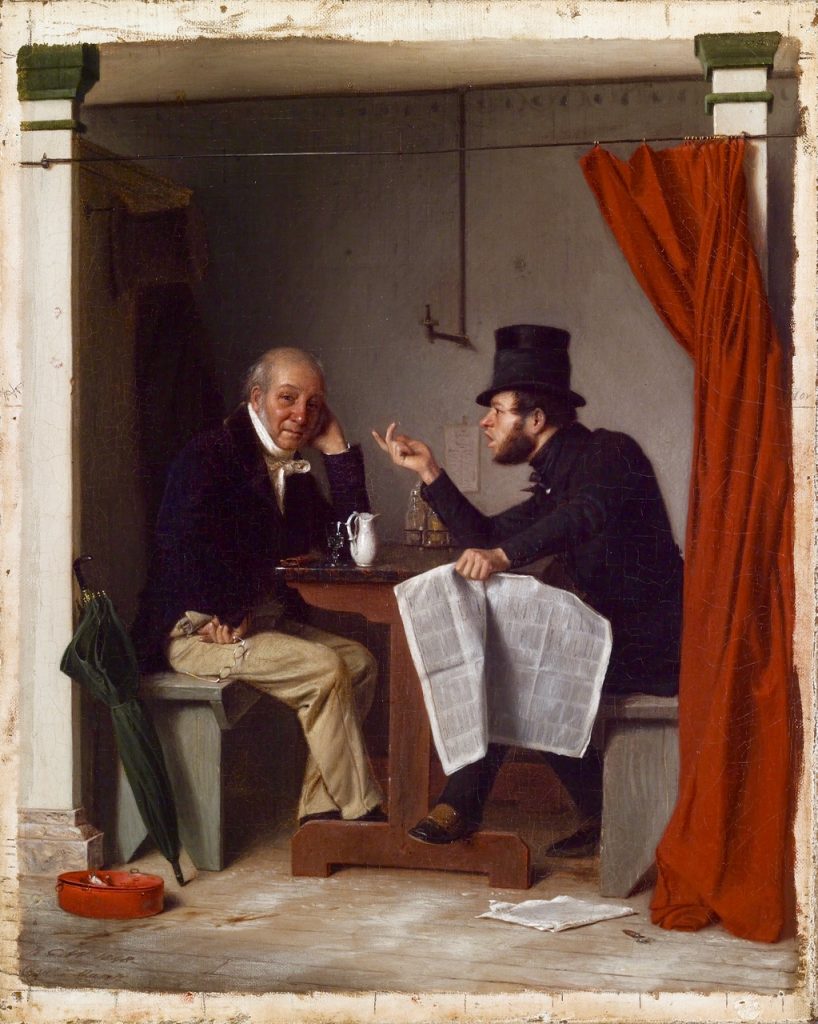 Politics in an Oyster House by Richard Caton Woodville (1825-1855) may have been set in Baltimore in the 1840s, but has the spirit of American political discourse really changed? Isn’t the animated exchange of the two men above still resounding  in the diners and town halls across New Hampshire today? Actually Woodville was living in Europe, when he created the work—-an indelible memory of the democratic process he had once observed back in the United States.

Samuel Clemens (1835-1910), best known by his pen name Mark Twain, continues to figure as one of the giants of American literature.  Beginning his career as a journalist, Clemens ultimately gained fame as his country’s leading author with classic novels such as The Adventures of Tom Sawyer and The Adventures of Huckleberry Finn, as well as national humorist and commentator.

*From Autobiography of Mark Twain, Volume I, 1906.