Here is special work of art and accompanying text I’m reposting from several years ago.

If you are a fan of Impressionism, you’ll love The Blue Kimono by California born Guy Rose (1867-1925).  Rose may not have the fame of Monet, but his landscapes and portraits sometimes rival the works of the master. I first discovered Rose in a 2007 exhibition called Impressionist Giverny: A Colony of Artists that showcased American painters who lived and worked in Monet’s home town in France.

I was particularly impressed by The Blue Kimono and its shimmering atmosphere of luminous color and light.  I learned that Rose and his wife resided in Giverny for some 8 years (1904-1912) to be near his idol Monet, who “was the chief object of interest in the place,” although “he always looked forbidding.”*

Rose was not only inspired by the scenery of  Giverny.  He eventually returned to his native California in 1914 and immortalized the spectacular beauty of his own state including the coastline from La Jolla to Monterey. 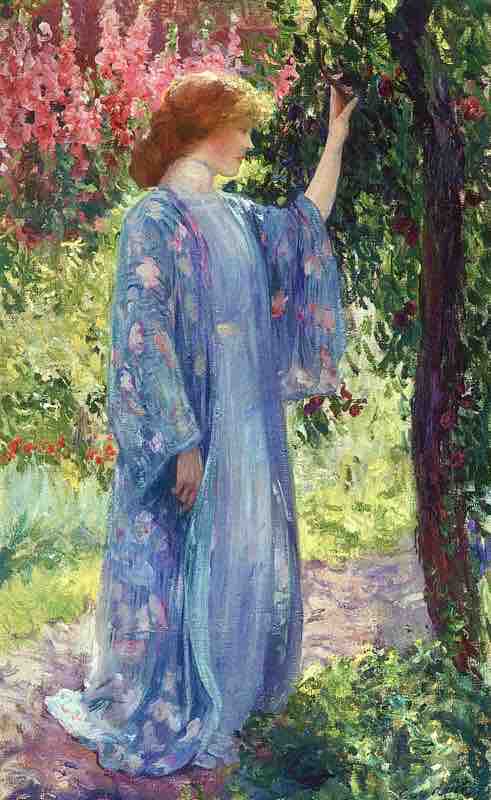 The quote of Guy Rose is from Impressionist Giverny: A Colony of Artists (1885-1915), catalogue of exhibition, by several contributing authors, published by Terra Foundation for American Art, Musee d’art Americain, Giverny, France, 2007.