Click on Portrait of the Artist’s Daughter to enhance it. 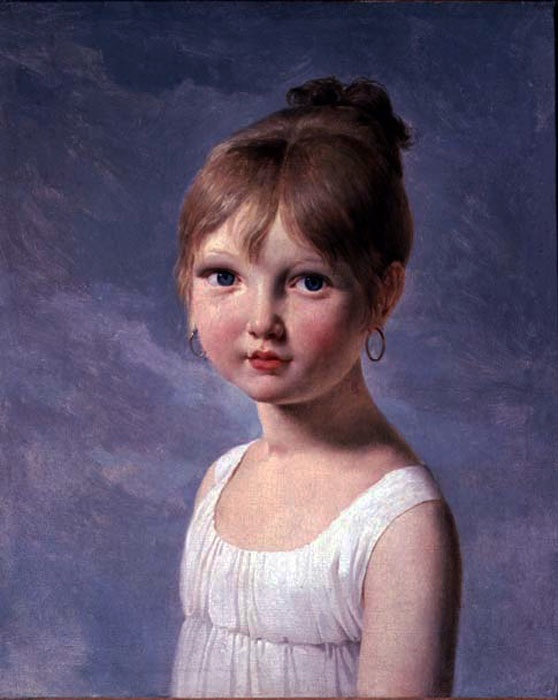 Have You Heard Of This Artist? is the topic for this week, focusing on painters such as Pierre-Narcisse Guerin (1774-1833) whose name and body of works are unfamiliar to many of us now.  Guerin, though, was a renowned figure in post-Revolutionary France, praised in his own day for producing epic canvases such as Aeneas Relating to Dido the Disasters of Troy and Napoleon Pardoning the Rebels in Cairo, reflecting the popularity of mythological and historical representations at the time.

Yet, Napoleon plus all the Greek and Roman heroes and gods combined can’t compete with the charm of Guerin’s daughter shown above.  Doesn’t she seem like a tiny lady with her dangling earrings and adult coiffure, attired in the same simple Empire style of dress that her mother would wear? The obvious delight of her father, captivating 21st century viewers with those incredible eyes.*

*Portrait of the Artist’s Daughter is presently located at the Musee Calvet in Avignon, France. I was unable to find details about the painting on the museum’s website.

Would you like to learn more about Pierre-Narcisse Guerin?  The best route is to google him on the internet.

The image is used solely for educational purposes.